Make these movies already! Amanda Parris is tired of seeing straight white men play the hero, so she's giving these ideas away for free.

Amanda Parris is tired of seeing straight white men play the hero, so she's giving these ideas away for free

Stories shape our understanding of the world and the way we see our role within it, but we live in a country obsessed with telling the same stories over and over again, and those stories rarely include Black people.

Legendary African-Canadian poet George Elliott Clarke once wrote: "Race, per se, is not everything for African Canadians. No, it is the struggle against erasure that is everything."

How does one recover from historically instituted erasure?

And if we are all being erased, who is being seen?

Race, per se, is not everything for African Canadians. No, it is the struggle against erasure that is everything.- George Elliott Clarke

But for the rest of us, whose stories have been few and far between, whose characters have been supporting roles and token figures, for those of us whose worlds have been limited and small, who are defined by stereotypes and who rarely get to save the world on screen, on stage or on the page, that complexity of understanding is denied us.

Erasure denies us more than roles. It denies us humanity.

Where are all the Black Canadian stories?

Erasure of Black people is a funny thing in Canada today. It is at once the way that we are made invisible and yet at times are made hyper-visible.

It is the way that our voices are silenced yet we are still labelled as loud. It's the way our names get forgotten but footage of our pain is distributed without second thought.

This erasure is a driving force in the work of artists of colour in this country. The desire to be seen, to be heard, to be understood and to be remembered drives us to create.

It's all well and good to watch Selma and Hidden Figures and Malcolm X, but all those movies take place in the U.S.

What have Black people been doing here?

These stories are sometimes told in documentaries and academic texts, but they rarely get the cinematic treatment — and that's unfortunate because some of these true stories would make incredible movies.

That's why I'm going to share three stories that I think could change the way you think about the role of Black people in this country.

They're hypothetical movie pitches. Each one is based on real-life events, and in my opinion, they'd all be great on the big screen.

The pitch: Although legendary Canadian activist and lawyer Rocky Jones lived a full and vivacious life, this movie would focus on the first years of his growing politicization.

Jones was a young truck driver living in Toronto in the late '60s when he stumbled on a protest at the U.S. consulate. The demonstration intrigued him. He began attending more protests, sometimes doing interviews with the press, who compared the passionate young man to Black Panther leaders across the border.

Fired up with a new sense of purpose, Jones returned to his home province of Nova Scotia. And in less than a decade, he helped to create the drop-in centre Kwacha House, the grassroots organization the Black United Front of Nova Scotia, the National Black Coalition of Canada and the Transition Year Program at Dalhousie University.

But in the midst of this activism and advocacy work, Jones was also being watched and targeted. He didn't know it for sure at the time, but Jones later learned that for 11 years, he and his wife were tracked by the RCMP. Their phones were tapped, their movements were documented and their mail was read.

Residents threatened by the idea of Black youth having a space to meet and talk lobbied to shut down Kwacha House, and some who saw Rocky Jones as a threat to the social order decided to firebomb the Jones' home.

The pitch: The word didn't mean the same thing back then, but in the early '70s it was definitely cool to be "woke."

This film would follow a group of young Black people with amazingly shaped afros and funky bell bottoms who quote political theorists from memory and make fun of anyone who hadn't read the latest article by C.L.R. James.

These young people are international students from the Caribbean and West Africa who spend their mornings at school, their afternoons writing for Contrast Newspaper, their evenings hanging out at Third World Books and Crafts and their weekends tutoring children with the Black Education Project. They also help organize the first Caribana events.

And like any good coming-of-age story, in the midst of it all, they fall in and out of love, deal with sexuality and peer pressure and figure themselves out in a world that is changing rapidly before their eyes. 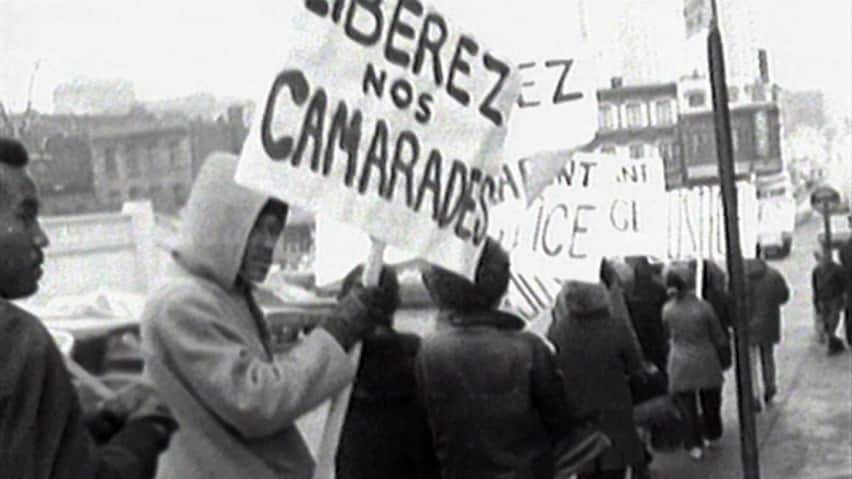 The pitch: It all begins at the Congress of Black Writers in Montreal.

Today, conferences don't necessarily seem like revolutionary events, but in 1968 this event brought together Black activists from all over the world, putting the federal government on edge.

Internal memos within the RCMP called it an "extreme threat to national security" that could destroy the government. The RCMP reportedly sent undercover agents not only to observe, but also to disrupt, and the conference set the stage for what would come a few months later: the Sir George William Computer Riot.

In the film, students organize a sit-in to protest issues of racism on campus and refuse to leave for 14 days. It's on that 14th day that it all comes to a brutal end when the police raid the lab and a suspicious fire begins. 97 people are arrested, jailed, beaten and charged with rioting. Many are deported.

Seriously, make these movies! Those pitches are yours for free

Chances are, most of us never learned these stories in school, read about them in a novel or saw them depicted in a film or on the stage.

It makes me wonder what the world would look like and how we would understand our role within it if we learned these and so many more stories.

Today, my desire is to write and share as many stories as possible through television, radio, theatre, education, research, activism...by any means necessary.

I hope some of you will join me in this mission. You can take these pitches: they're my gift to you.