With interactive TV, restaurant delivery was just clicks away

Some customers of MT&T, the Maritime telephone company, could try a new technology that also supplied movies on demand. 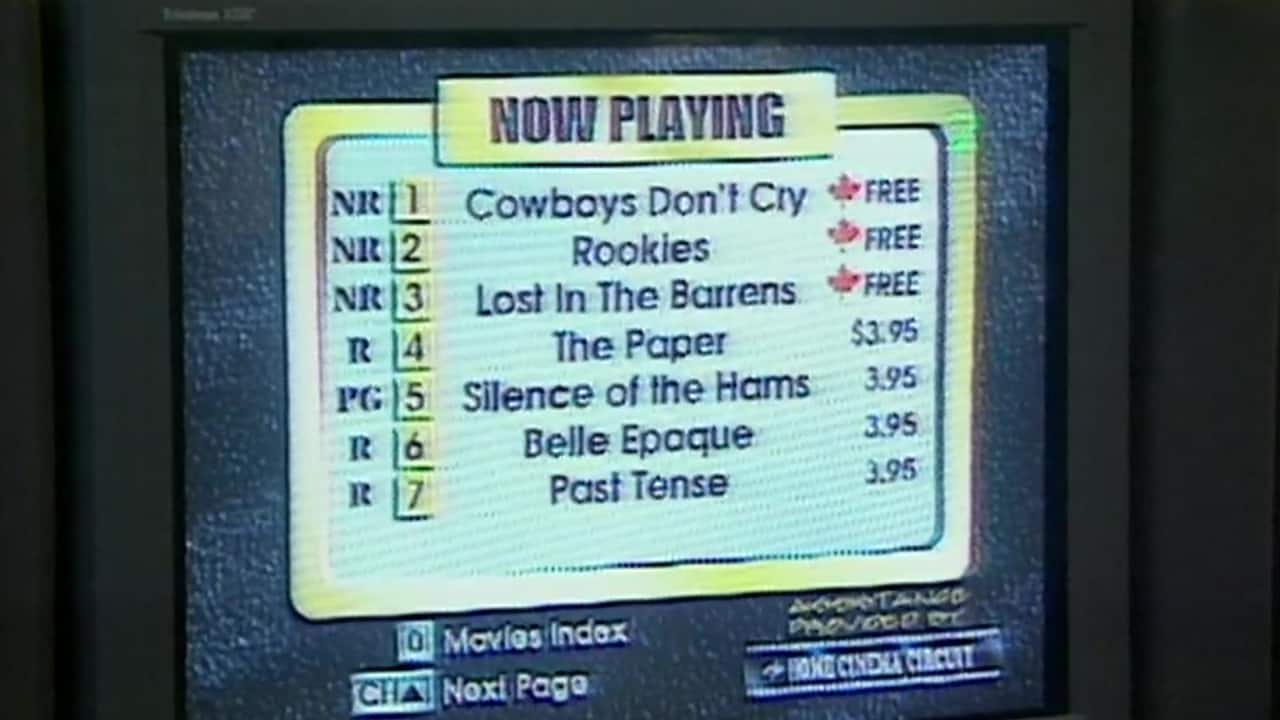 26 years ago
1:47
Interactive television bears the promise of movies on demand and restaurant delivery at your fingertips in 1995. 1:47

Food delivery apps and on-demand movies had to start somewhere. In Dartmouth, N.S., that place was called the TeleVillage.

An initiative of the regional telephone company MT&T, it was tested in 1995 in 120 suburban homes that had been specially wired to enable it.

"Welcome to MT&T's TeleVillage," said a robotic woman's voice as a TV displayed a screen with a graphic of a car on a road leading to a distant collection of buildings.

A menu listed what lay within.

All your needs covered

The menu boasted eight options. Like any village, this one included a theatre, food, shopping, and banking.

"From this main menu you'll be able to travel to a variety of sites around the village without ever leaving your home," the voice continued.

Reporter Paul Riley, with CBC Halifax's 1st Edition, was getting a demo.

"It's interactive television, which moves television from being passive where you just sit and watch it," said MT&T's David Murphy. "You can ... actually use the television to communicate."

Riley said the essential equipment was a small grey box that sat atop the TV and an infrared remote, to give access to various services such as...

Among them was the Michael Keaton vehicle The Paper and the Italian comedy Silence of the Hams, which the website Rotten Tomatoes gives a 0% rating and describes as "an episodic parody of classic thrillers and horror movies."

Three of the movies were free, but the other four listed would each cost $3.95 to rent.

"Rather than having a certain timing for the movie, it's whenever you want to watch it," said Murphy.

From the screen to your door

There was also a restaurant in the TeleVillage.

"Right now we've got Greco Pizza," said Murphy. "Everything that's available on the Greco menu is available through the TV."

The menu took Murphy through the process of ordering a pizza and offered the option of pickup or delivery.

"Basically you're telling us people are not ever going to have to leave their homes," he said.

The menu even showed an "audio jukebox," but that wasn't explored or explained further.

"I won't say that," said Murphy. "I think it frees you up for other pursuits outside."

In the meantime, said Riley, it was going to be "five to ten" years before on-demand movies and ordering food via screen became more widespread.