In 1990, Finance Minister Michael Wilson had avoided describing the economy as being in a recession, but had to agree when the Conference Board of Canada used the term. 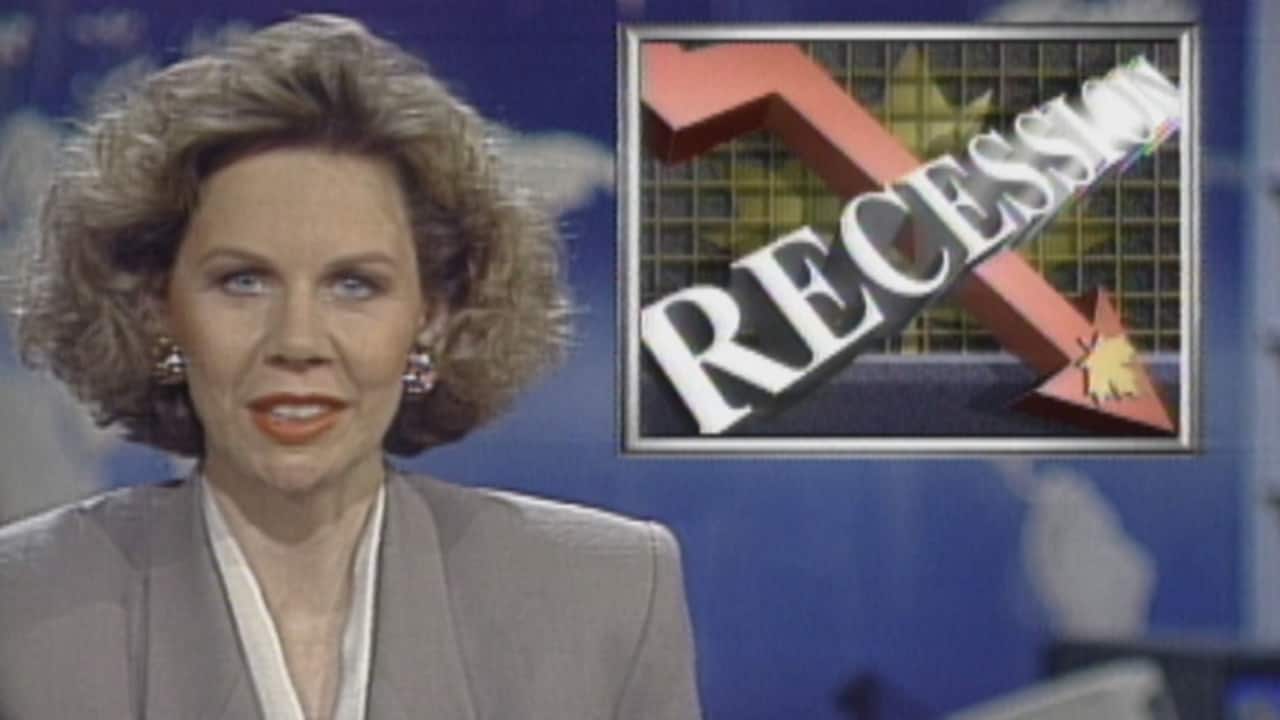 30 years ago
2:42
In 1990, Finance Minister Michael Wilson admits that after two quarters of negative economic growth, Canada may be in a recession. 2:42

"Michael Wilson won't say we're in a recession, but the finance minister has now acknowledged it's likely that we're in one," said Alison Smith, hosting CBC's The National on Oct. 17, 1990.

Just that day, the Canadian dollar had lost more than a full cent against the U.S. dollar. And both oil and gas prices continued to rise.

Smith said Wilson had said he didn't expect things to improve much before the middle of 1991.

"We may well have had a second negative quarter," Wilson was seen saying in a speech to an audience seated in a hotel conference room.

Those "back-to-back" fiscal quarters of negative growth confirmed a recession, said reporter Denise Harrington -- an assessment that had been made by "economic forecasters" from the Conference Board of Canada.

"My sense is that the Conference Board report is pretty close to the sorts of things that we're expecting," said Wilson to reporters later.

Wilson said one of the main drivers of the negative growth was "the Persian Gulf crisis," Harrington explained.

In the previous three months, the price of crude oil had "doubled," said Harrington.

"That's already increased gasoline prices by seven cents a litre," she added. "And it's not over yet."

Energy Minister Jake Epp, who had called the provincial energy ministers to Ottawa, told them that a further increase was on the horizon.

"It is generally conceded that it would be somewhere in the 10-cent per litre range beyond what we see now," he said.

Harrington said his aim was to discuss the crisis in the Persian Gulf and to appeal to the ministers for fuel conservation measures.

Rick Orman, Alberta's energy minister, acknowledged high oil prices were good for his province. But "he would rather see prices settle down," said Harrington.