Why sending Toronto seagulls to Saskatchewan sounded like a solid plan

Throngs of screeching seagulls were a headache in Toronto. But they could be just the thing Saskatchewan's organic farmers needed to keep grasshoppers at bay. 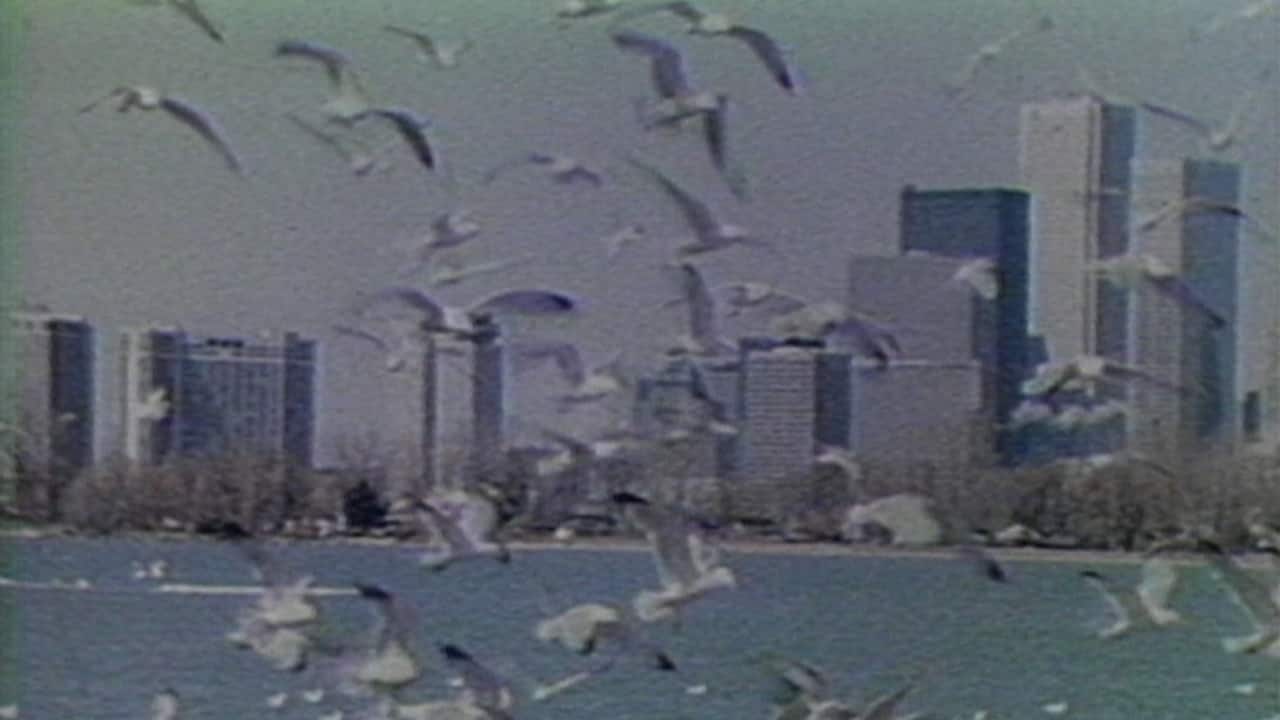 37 years ago
2:24
A nuisance in Toronto could turn out to be a boon for organic farming on the prairies. 2:24

Throngs of screeching seagulls were a headache in Toronto. But they could be just the thing Saskatchewan's organic farmers needed to keep grasshoppers at bay.

"These pesky city birds could soon be out of everyone's hair, off to visit their country cousins," said CBC reporter Nan Devitt, standing with the downtown city skyline behind her and talking over the incessant cries of reeling seagulls.

Earlier that week in March 1984, the Globe and Mail had printed a story headlined "Prairie farmers ask for Toronto gulls."

The local CBC stations in Regina and Toronto then caught up with the story and subsequent developments.

"If science can put a man on the moon, it should be able to transport gulls from Toronto to Saskatchewan," said Elmer Laird, who was press director for a co-operative of organic farmers in the prairie province.

"If we could get those gulls from the Toronto Harbourfront ... somewhere between the 20th of May and the 10th of June, they would go a long ways in controlling grasshoppers."

By then the gull relocation movement had gained momentum, with a Toronto poet who used one name, Maya, offering $1,000 of her own money toward Laird's effort.

"The Toronto people will be rid of the gulls," said Maya, who was also described as a "retired school teacher" by the Globe and Mail.  "He will have natural means of getting rid of his insects, and they won't have to use insecticide."

'A dollar a bird'

A University of Toronto researcher had estimated there were 370,000 seagulls on the waterfront, according to the newspaper.

They were so ubiquitous at the city's Exhibition Stadium that New York Yankees outfielder Dave Winfield had hit one with a thrown baseball — accidentally, he said — while warming up between innings during a game against the Blue Jays the previous August.

The transportation plan would have the gulls "caught in nets and either flown or trucked out to the prairies," said Devitt.

"They estimate the price tag would be about a dollar a bird," she added. "And they are hoping gull-weary Toronto will pick up the tab."

The city council had considered ways to cull the population. The Globe and Mail reported that one experimental method scheduled to start the following month involved spraying kerosene on nesting sites.

A biologist's proposal reported by CBC the previous month suggested the seagulls' eggs could be served for breakfast.

In Saskatchewan, meanwhile, a wildlife expert was skeptical of the untested plan, noting that no one had much experience with moving large quantities of wild birds.

"We've got ring-billed gulls here, and just because they've got too many in Toronto I don't think we should import another problem," he told CBC.

Seagulls were native to the prairies, noted Devitt. But it was possible they "prefer city life."

"There are fears at Toronto City Hall that the birds might arrive in Saskatchewan, and start flying east until they sight the CN Tower," she said.

"Whether Toronto's seagulls will ever be invited to dinner on the Prairies is still a remote, although perhaps tempting possibility."