Why Sam Pollock wasn't nostalgic about the six-team NHL

In 1979, Sam Pollock was adamant that the "good ol' days" of hockey were in the present and not the past.

Former Habs GM remembered when teams struggled to make playoffs, even in the old format 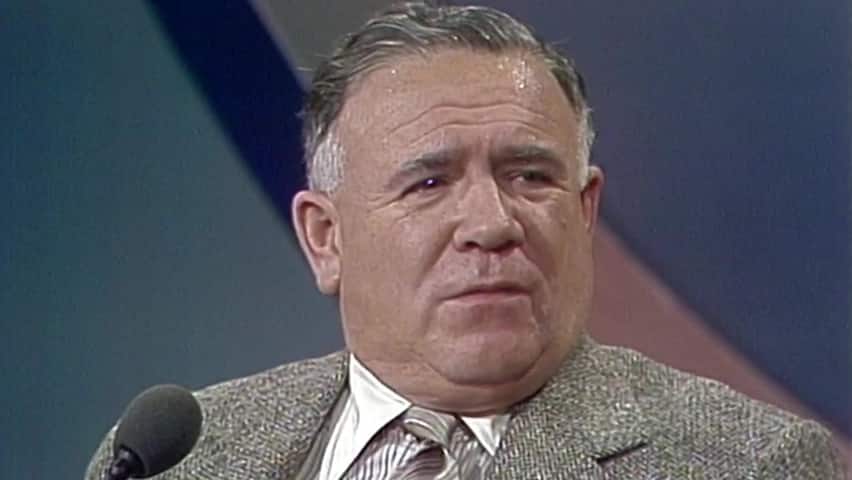 42 years agoVideo
0:54
Sam Pollock didn't believe expansion had watered down the quality of the NHL. 0:54
Sam Pollock knew talent and he knew how to build a hockey team that could win it all.

He was at the helm of the Montreal Canadiens for 14 years, and the team won nine Stanley Cups under his watch in the 1960s and '70s.

Pollock retired from his role with the team in 1978 and was inducted into the Hockey Hall of Fame that same year.

In February of 1979, Pollock was a guest on CBC's Front Page Challenge. And he was asked about how the game had changed and whether, in his view, the game had been watered down when the league expanded beyond the original six teams.

"You talk to people who saw hockey when the six-team National Hockey League was in existence, which is prior to 1967," said Pollock, referring to the year that the NHL went from six to 12 teams.

Back then, Pollock said Boston and New York each — and sometimes both — went through a period where they failed to reach the playoffs consistently in the six-team format.

"It was very much like a four-team league," said Pollock. "I like to always feel the good ol' days are right now."