It started as a simple roadside stand in 1940 and offered its signature sandwich for a dime. Fifty years later, the Chickenburger was still in business. 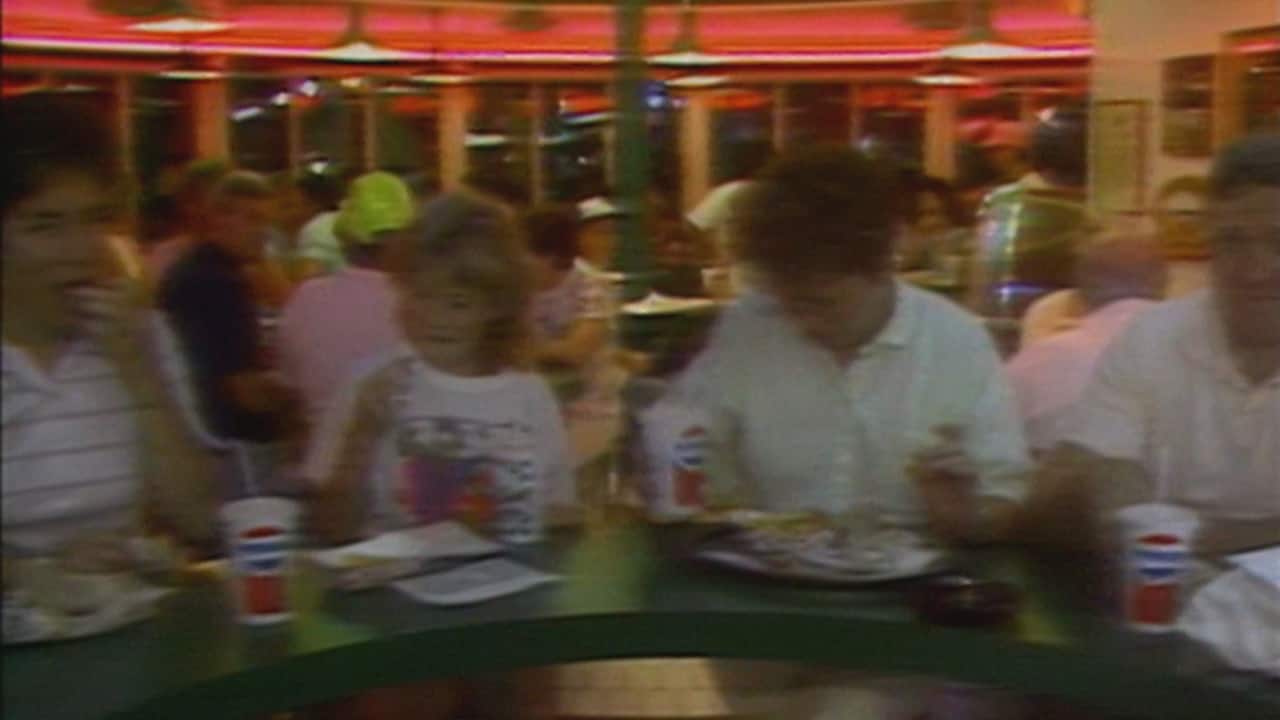 It started as a simple roadside stand in 1940 and offered its signature sandwich for a dime.

Fifty years later, the Chickenburger diner in Bedford, N.S., had become one of the province's "favourite institutions," according to the CBC's Knowlton Nash.

As Kas Roussy reported for CBC's The National on Aug. 6, 1990, the Chickenburger was "a place stuck in time."

The jukebox still played the hits of the '50s on 45 RPM records and patrons in vintage cars to match turned up to reminisce under bright neon lights.

'Pilgrimage' by the faithful

One weekend a year, loyal fans gathered for a collective flashback.

"I don't come back to Nova Scotia without coming to the Chickenburger," said a man in a satin jacket behind the wheel of a convertible.

"Owners of these vintage cars make the pilgrimage back in time to Bedford's own landmark," said Roussy.

And some of them had been eating at the Chickenburger for a long time, including a man who said he had gone regularly as a teenager after dances to "hang out" and get something to eat.

"It was a ritual. We did it every weekend, religiously," he said.

Roussy said the diner had started as a "rickety little roadhouse," as old photographs of the diner were seen on screen.

By 1990, a McDonald's outlet had located nearby, along with other developments that had sprouted up all around it.

But owner Tom Innes said the Chickenburger would maintain its appeal as a throwback to the 1950s.

"People ... like to be able to identify with things that don't change," he said.

And things still haven't changed: in 2020 the Chickenburger was still in business after 80 years. Its website notes that it is "reputed to be the oldest drive-in restaurant in Canada."