When Toronto declared war on snow and called in the army

In 1999 Torontonians were walloped by serial snowstorms, and what many Canadians remember was the help they got from the army.

In 1999, Toronto was seriously snowed in, but what most Canadians remember was the call for help 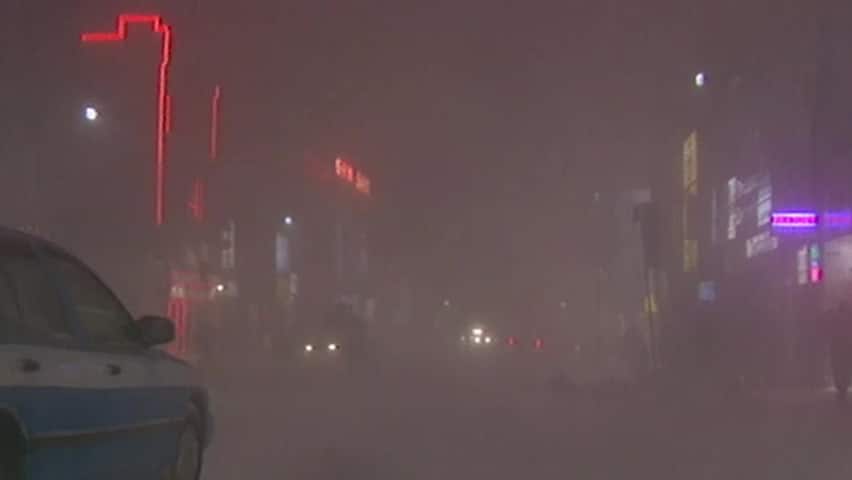 "Here's how it looks in Toronto tonight," reported Lorne Saxberg to CBC viewers on Jan. 2, 1999.

"The bright lights of Yonge Street, lost in the blowing snow," he continued.

Toronto was being hit by a storm that had made its way up from the U.S., stopping first in the Windsor, Ont., area. There, the heavy snowfall, cold temperatures and high winds had created dangerous walking and driving conditions.

Earlier in the broadcast, Environment Canada's Ela Ros had predicted the storm would be "one of the worst in the Toronto area," explaining that "very cold air coming from the north is fighting with the very warm air coming from the south … the combination of it makes the storm really strong." 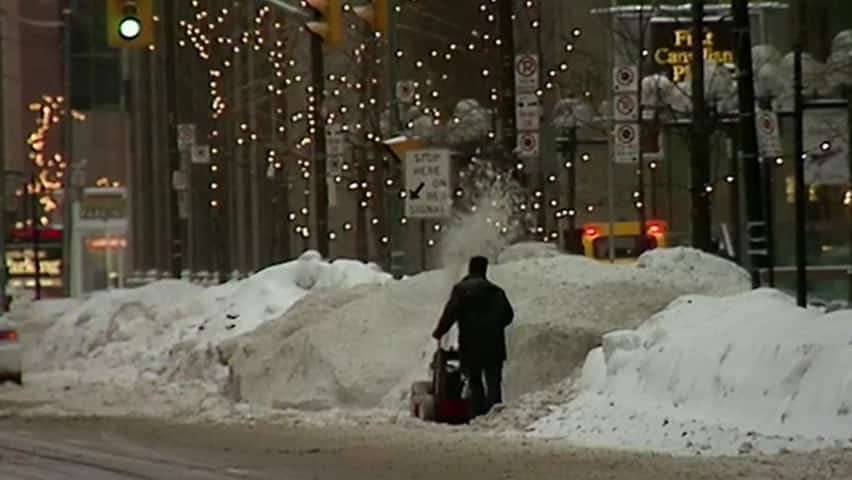 22 years ago
1:25
As Toronto continued to dig out from under a snowfall from Jan. 2, another overnight storm added to the mounting snowbanks and frustration. 1:25

But that wasn't the worst of it. The following weekend — as Toronto was still trying to get rid of the 40 centimetres that had been dumped during that first storm — another overnight snowfall added to the mess.

"People in southern Ontario are digging out this weekend, the CBC's Simon Dingley reported.

"Between 10 and 15 cm of snow hit the Toronto area, nothing compared to last weekend, when the city was walloped by almost 40 centimetres," he continued.

And frustration was building along with the piles of snow.

"The side roads, the big roads [are] still not clean yet," said one resident, as he paused during shoveling.

"This weekend more than 1,800 City of Toronto workers were called out to clear the roads," using salt and sand, Dingley said. Add to that 800 vehicles, including five snow-melters, and the financial cost was adding up — more than 25 per cent of the snow removal budget had been used so far.

Before the week was out, Toronto was hit by another monster storm from the south. 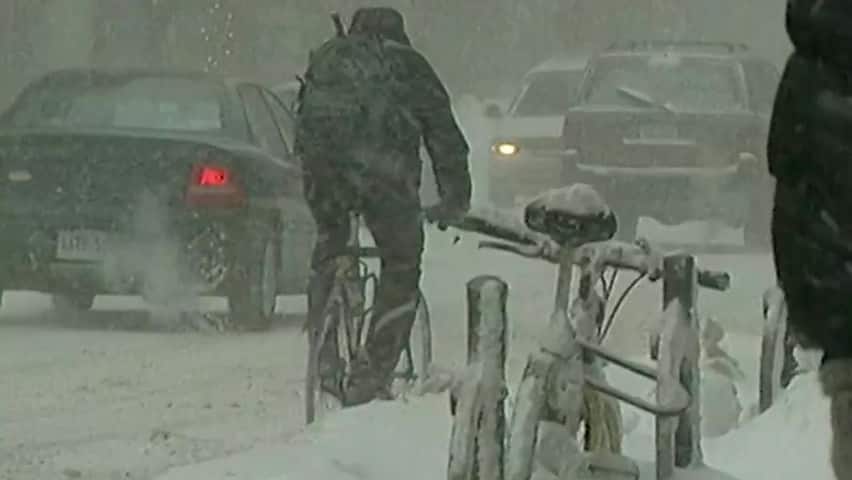 "Tonight, the army moves in. Another blizzard hits southern Ontario, and Toronto just can't cope," The National told viewers at the start of the broadcast on the night of Jan. 14, 1999.

That day, a monster storm had begun to plow its way across Ontario toward Quebec, dropping at least 25 centimetres of snow, and possibly twice that in some areas.

The storm also came with extremely cold temperatures, and brutal winds. And in Toronto, 400 soldiers also arrived from Petawawa, with another 800 reported to be on standby.

"Toronto the windy, the frigid and tonight, the abandoned," reported Adrienne Arsenault.

With the incoming storm, offices shut down and "the mass exodus home began early in the afternoon."

And, she reported, some of the city's remaining residents were expressing the scorn "the rest of the country is probably thinking."

"I've seen worse in Montreal, I can't believe this city can't get it together," commented one driver.

One man took it further, suggesting "this might an interesting kind of precursor to the Y2K kind of projection that everything's going to fall apart, so, if we can't survive this, what's it going to be like if it really breaks down?"

The most snow in quite a while

In the previous 11 days, Arsenault summed up, Toronto had already received more than 100 centimetres of snow, and as it was expected to keep falling overnight, this could be "the snowiest January in 200 years."

In an interview with The National, Toronto Mayor Mel Lastman told Peter Mansbridge that his biggest worry was that "when the snow melts, which could be on the weekend, we could have a lot of flooding."

When asked about calling in the army, Lastman said they were working on cleaning the catch basins and shovelling around fire hydrants.

He was also full of admiration for the capabilities of the Bison armoured vehicles.

"They're fantastic, those things go where no car can go," he said.

But what a difference a day makes. And the help of an army.

'Everything is well under control'

By the next day, on Jan. 15, 1999, the mayor was confident that the worst was over. There would be no further requests for military help. 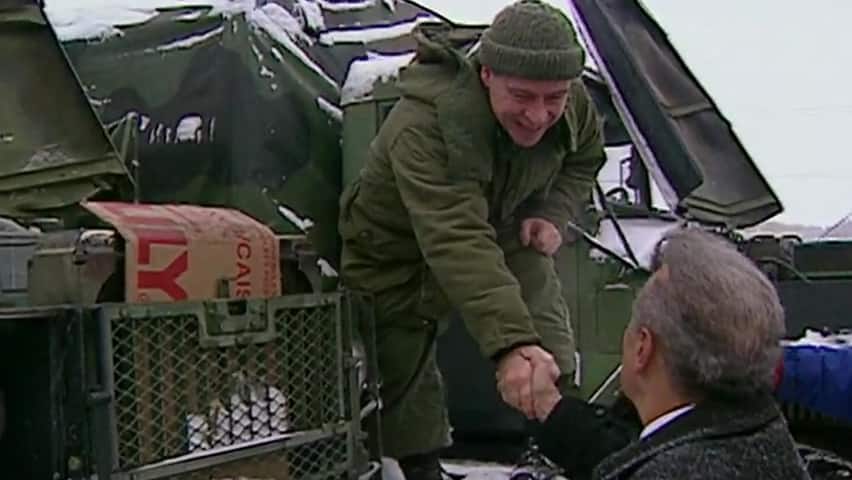 Toronto gets help from the army clearing the snow, 1999

22 years ago
1:10
There's finally light at the end of the snow tunnel, as the weather is expected to hold, and help clearing what has fallen has arrived. 1:10

"I'm not prepared to declare an emergency, because everything is well under control," he told reporters.

And early in the day, he toured the Downsview base. There he met the troops, and had "a little fun," riding in one of the Bison armoured vehicles.

Because the weather was expected to hold and not warm up too much, the fear of flooding was receding.

Adam Vaughan, then a CBC reporter, explained that the army reservists were no longer needed to clear the sewer grates.

The city's priority was now to get the snow off the streets and out of the city, and they were put to work clearing sidewalks and bus shelters.

The city's call, Vaughan reported, for assistance from truck drivers and construction companies, had been met. Help was now arriving from as far away as Prince Edward Island.