When time was running out to buy cigarettes from a machine

For 14 quarters, or $3.50, smokers could get their fix via vending machines in 1988. But cartons were more cost-effective and the machines didn't accept the new dollar coin.

Vending machines for smokes were no longer profitable in 1988 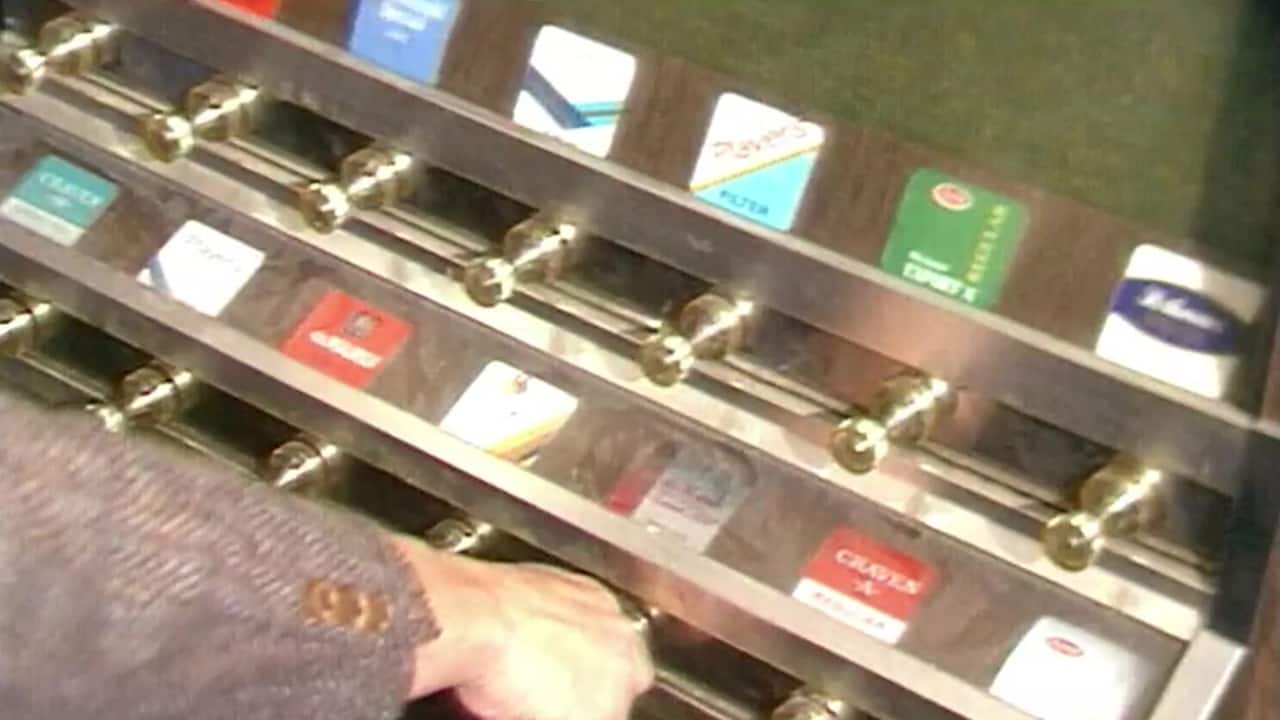 Cigarettes from a machine

When buying cigarettes in 1988, the vending machine was the original self-checkout.

It was convenient: there was never a lineup at a vending machine.

"Smokers who run out can saunter up to their favourite machine unimpeded," said CBC Halifax reporter Phil Forgeron on Jan. 13, 1988.

"And a nicotine renewal is just a handful of quarters away."

14 quarters, to be exact

As the camera showed a buyer's hands feeding coin after coin into a machine that offered up to 14 brands of butts, Forgeron got to the point.

"Fewer smokers are getting their cigarettes from machines," he said.

According to Lloyd Dauphinee of Bluenose Vending, unit sales — i.e., individual package sales — were down about 30 per cent.

Cheaper at the store

"The smart smoker — if there is such a thing — is getting supplies by the carton," said the reporter. A carton consisted of eight packs of cigarettes.

"The cigarette vending machines will be ... as time goes on, replaced [by] other merchandise machines," said Dauphinee.

Some vending companies' machines couldn't be adapted to accept the new dollar coin. Converting them just wasn't worth the money it would cost.

For one company, the decline in vending-machine profitably had spurred innovation.

The camera showed a machine in which cigarette brands including duMaurier, Export A and Player's shared space with Hostess chips, Hawkins Cheezies and Caramilk chocolate bars.

"A few cigarettes, some candy bars, chips, cheesies. A little crunch to go with the cough."

According to the Globe and Mail, the Nova Scotia government announced its intention to ban cigarette vending machines in September 1993.