When the last Studebaker rolled off the Canadian production line

In March 1966, the Ontario Studebaker plant that had become the sole producer of the now-classic cars shut down.

Hamilton plant had produced cars for U.S. automaker for nearly 2 decades at time of 1966 closure 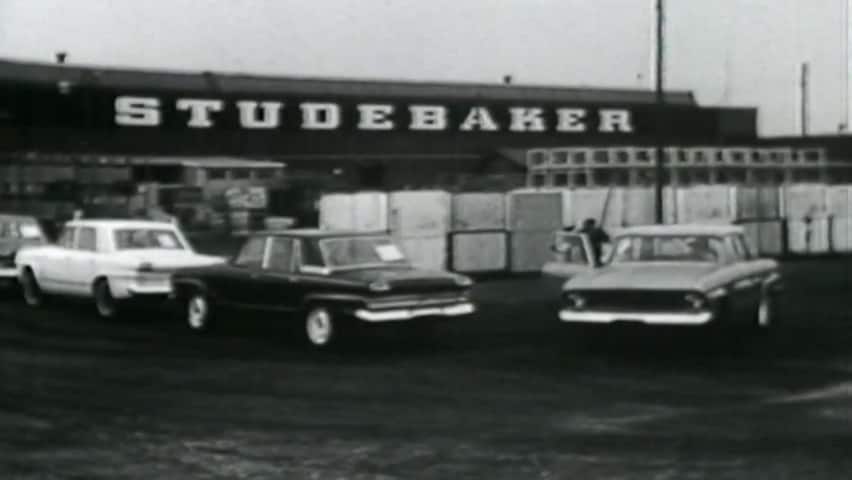 In 1966, the Canadian plant making the Studebaker car shut down operations for good

The Studebaker had been run off the road by competition and that was bad news for the hundreds of employees at the Hamilton plant where the cars were made.

The announcement of the impending shutdown of the Hamilton Studebaker plant was made to employees on March 4, 1966, and on March 17 the last vehicle left the building.

The factory, which had produced anti-aircraft guns during the Second World War, had been a satellite plant for the Studebaker company since 1948.

As the CBC's Bill Copps reported in a later look-back on the closure, the American automaker had begun as a producer of wagons in the 1850s, and had shut down its South Bend, Ind., vehicle production operations in 1963.

No 'more Studebakers from Hamilton'

That made the Canadian plant the sole production facility for the cars for the last few years they were made.

When the plant closed, the final vehicles manufactured there were trucked away with a proud banner proclaiming the creation of "more Studebakers from Hamilton for the world."

With the closing of the Hamilton plant, "the Studebaker became a classic car," Copps said.

The plant closure also put nearly 700 people out of work.

A few years earlier, CBC's Newsmagazine reported on the vehicle production shutdown in Indiana and gave viewers a tour of the Hamilton plant. It would seem that in spite of some reasons for optimism, the writing was on the wall then. 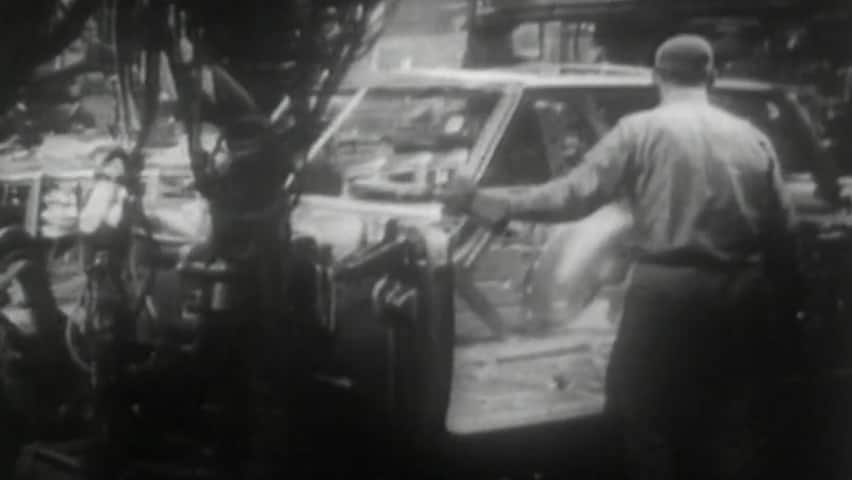 A tour of the Hamilton Studebaker plant in 1964

1 year ago
2:22
Studebaker shut down operations in Indiana, leaving the Hamilton Ont. plant as the only one producing the company's vehicles. 2:22

At the time of the January 1964 broadcast, the Hamilton plant was turning out approximately 8,000 cars per year, which represented about two per cent of the Canadian market, according to Newsmagazine.

Improvements and expansions were expected to increase that production to 30,000 vehicles a year.

Studebakers had recently won the Trans-Canada rally twice. And Newsmagazine reported that the company also held "more U.S. auto club records for endurance than any other auto manufacturer in the world."

It had, in fact, just been named "Car of the Year" by Canada Track and Traffic magazine.

Sales were up over the corresponding period over the same time the previous year in Canada and the U.S. and "this had not been expected," reported Newsmagazine.

But as the CBC report also stated, the company had "always enjoyed a reputation for making solid no-nonsense, durable cars, and this in itself was a drawback."

With an base of older customers, the company had attempted to make changes similar to those made by competitor General Motors, which "turned the Pontiac from the grandmother of the highways … to a high-spirited and classy car."

But in the end, Studebaker was not able to compete with other automakers.

The day after the Hamilton plant closure was announced, the Toronto Star reported sales at Studebaker had been down, with the company capturing only 0.71 per cent of the Canadian market in the last year, compared to GM's capture of 52 per cent of that market.

The Star also reported that although most workers left the plant "in stunned silence" after learning of the decision to shut down, some claimed to have already expected bad news after the prior layoff of the plant's second shift — consisting of approximately 300 of their co-workers — at the end of January.