It branded itself as "Canada's national newspaper," and there wasn't room for comics in the editions of the Globe and Mail published outside Toronto.

Readers outside Toronto demanded to know what happened to Mary Worth 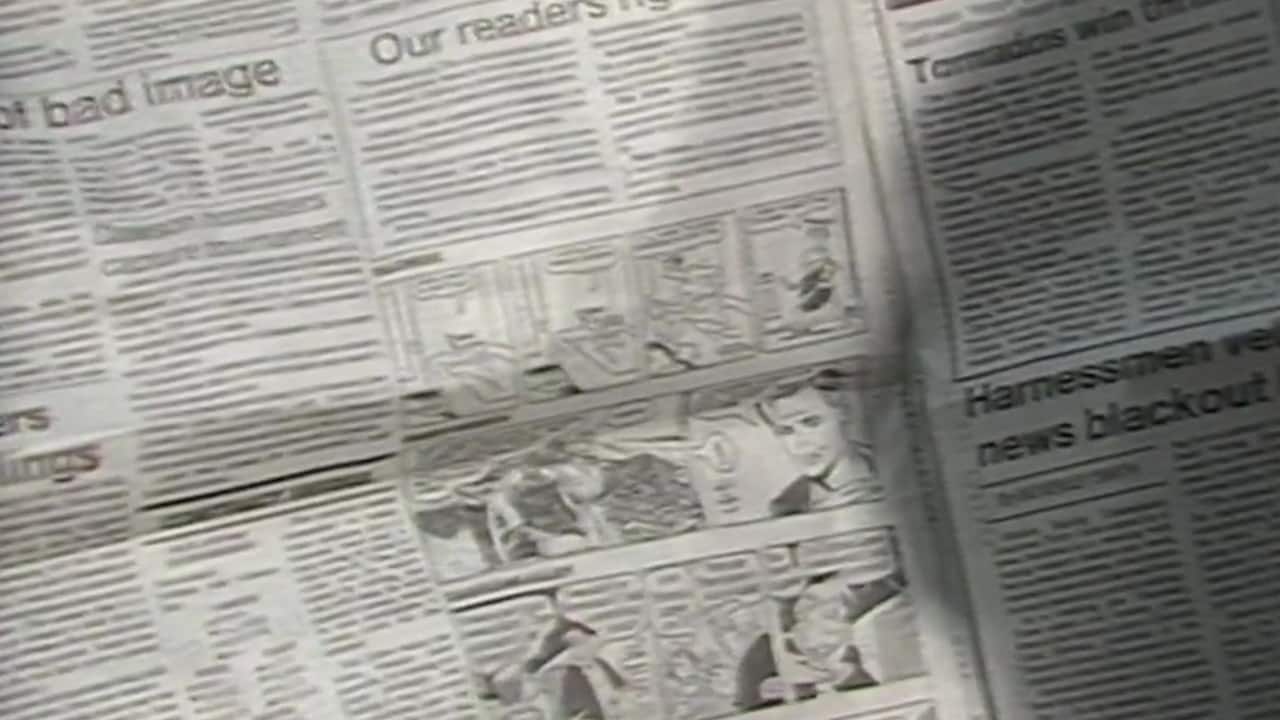 No more comics for the Globe and Mail

36 years agoVideo
2:11
The newspaper decides to push the comics out in favour of more news. 2:11

It branded itself as "Canada's national newspaper," but in 1985 there wasn't room for comics any more in the editions of the Globe and Mail published outside Toronto.

The CBC's Knowlton Nash, host of The National, described that decision as a "big mistake."

"The Globe's editor said they wanted more room for news and other important stuff," said Nash.

But readers fought back, and they won.

"We wanted to have some additional space in which we could run national, foreign, international, business, sports news," said assistant editor Laszlo Buhasz, of the change that had happened "a couple weeks" earlier.

Then the phone calls started coming in — "hundreds of them," said reporter Sheila MacVicar.

There was a stack of letters too, as Buhasz showed the reporter.

"It seems people really care about what happens to Mary Worth, whether Dagwood is going to be late for work again," said MacVicar, holding some of the letters. "And then there's always Rex Morgan, M.D."

A writer from Ottawa was keen to know whether Martha Dane, a character from the latter strip, got her $25,000.

And someone in Vancouver accused the Globe of cutting the comics because it assumed residents of B.C. had no sense of humour.

"When you go after the readers of comic strips, you're taking on a mighty audience," said Warren Clements, an editorial writer with a sideline as a comic strip writer.

And that mighty audience got relief on Jan. 7, 1985, when the Globe relented and went back to publishing the comics for readers from St. John's to Vancouver.

"We had to run this thing today, to give you a plot line," said Buhasz, explaining an apology the paper had published along with the strips on their first day back.

"Martha Dane has picked up the package left by Barbara Appleton," he read aloud from the item that advised readers on what they'd missed. "I mean, this sort of thing — you have to catch up."