Farmers found their quarters weren't worth what they hoped, when it came to trying to recruit local labourers. 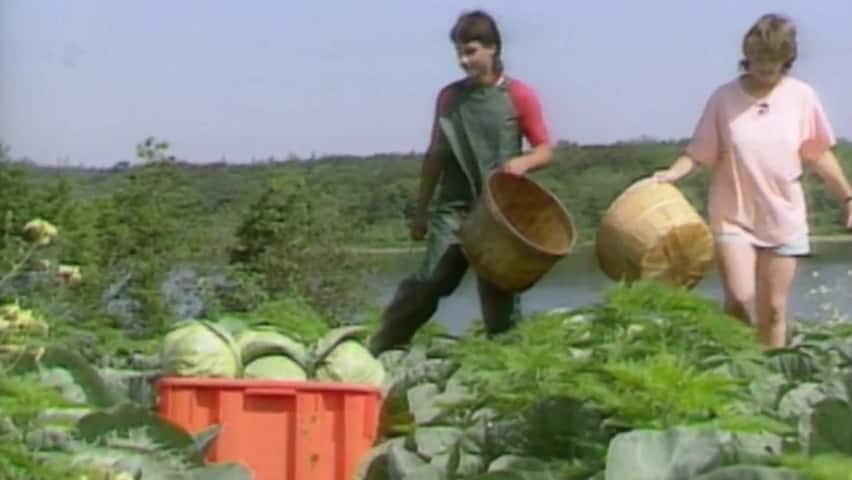 30 years agoVideo
2:13
In 1991, New Brunswick farmers were finding it harder to recruit young local labourers than it was in the past. 2:13

The farmers were willing to pay young workers a quarter for every quart-sized basket they filled with strawberries.

Yet at those wages, many teens were willing to take a pass on the opportunity.

"A lot of the good pickers we used to have used to be 12, 13 years old — they were great," New Brunswick farmer Gordon Young told CBC News back in July of 1991.

"For about three weeks, the kids make a lot of money, enough to do 'em all summer."

But those days were well in the rearview mirror by that point.

"Farmers say they can't find half the people they need and of those who do come, only a handful are teenagers," the CBC's Kas Roussy told viewers on The National.

'Somebody's got to do it'

Reg Slocum said the young people of the day were different from their predecessors.

"They don't want to work at this type of work, you know," he told CBC News. "It's back-breaking, it's hard work, but somebody's got to do it."

Somebody, perhaps — but not the teens who didn't have to do it.

"I've picked berries before and it's not worth the money," said a young man who spoke to CBC News, while he was hanging out with friends at a beach.

"You work your butt off and not get nowheres," he added, as his friends laughed.

Roussy said it didn't pay for students to be choosy about the jobs they would take at that time.

"The student jobless rate is up four points this summer, but more and more, young people here are passing up this kind of work," she reported.