When Portuguese bullfighting came to Ontario 30 years ago

It wasn't your typical bullfight, and that was probably a good thing for the bulls. 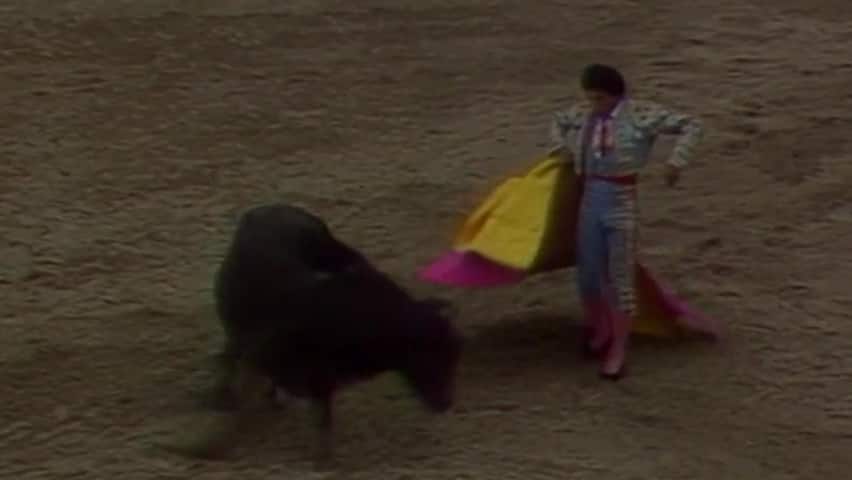 It wasn't your typical bullfight.

For one thing, it wasn't taking place in Spain, but in southwestern Ontario.

And in the version of the sport being staged on farmland near Listowel, Ont., 30 years ago, no bulls were going to die.

That's because it was Portuguese-style bullfighting that was on display.

"Portuguese bullfighters don't kill the bulls," the CBC's Dan Bjarnason explained on The National on June 10, 1989.

'We don't hurt the animal'

Bjarnason introduced viewers to Joe Borges, a local farmer who hailed from Portugal originally, who was staging the spectacle at a cost of $400,000, according to the report on The National.

As viewers saw footage of a bull pushing a matador into the sand, Bjarnason noted there was no corresponding expectation to look after the bullfighters.

As the Globe summed it up in a headline in its Monday paper, alongside a similar image of the bull going over the bullfighter: "Bull 1. Toreador 0."

Borges hoped to be regularly staging Portuguese bullfights if this one worked out. And he would continue to do so throughout much of the 1990s, according to later media reports.

The National's report on the Listowel event did not include direct comment from animal welfare groups on the Portuguese version of the sport. Though viewers were told that both the town council and local humane society had tried to prevent the event from occurring.

However, a similar spectacle held in Montreal a decade later saw hundreds of people sign a petition opposing the event. They believed the sport caused stress to the animals even if they are not slain.