The former prime minister had a new job lined up, but he didn't feel a need to talk about it with reporters beforehand. 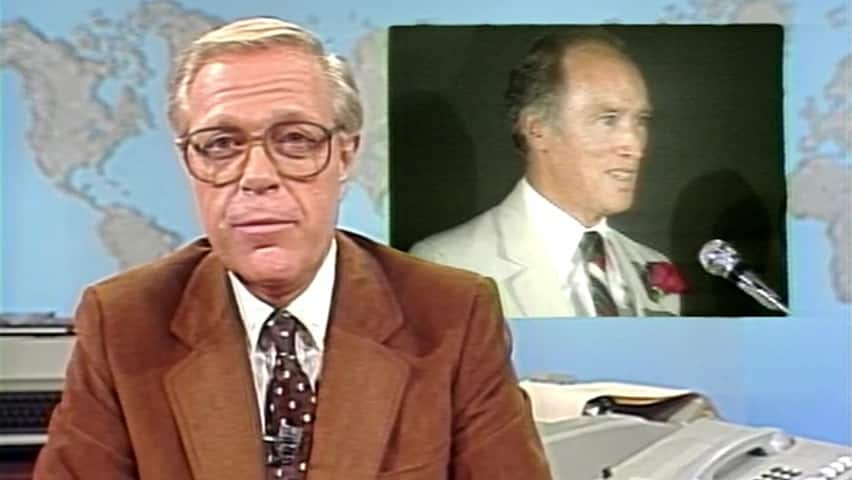 A new job for Pierre Trudeau

Pierre Trudeau had shut the door on his life as a politician, and he also then shut the literal door on a reporter asking about his new life outside Parliament Hill.

Thirty-five years ago, Trudeau was just about to start a new job at a Montreal law firm, a few months after retiring from politics.

Trudeau was a trained lawyer who had been Canada's minister of justice before becoming prime minister.

The news broke on Sept. 19, 1984, just one day before the former prime minister would start at Heenan, Blaikie, Jolin, Potvin, Trépanier, Cobbett.

Roy Heenan, a senior law partner, said he felt having Trudeau join its ranks was "a tremendous thing" for the firm.

There are no words (that he wanted to share)

But whatever Trudeau was feeling about the new opportunity, he evidently didn't want to talk about it with reporters ahead of his first day.

"Good morning, sir. Welcome home," said a reporter, barely getting those words out before the former prime minister, clad in jeans and a T-shirt, opened and then quickly shut the door of his home.

The CBC's Tom Kennedy told viewers on The National that night that Trudeau's choice of career had surprised some.

Yet Heenan explained to CBC News that it was not as if Trudeau would be working a 9-to-5 shift, day in and day out.

"He will be here, he will be advising. But he will be talking to his friends, his clients and his international associations and contacts and I'm sure we're going to see him doing a lot of that work," said Heenan.

But he did talk (the day he started there) 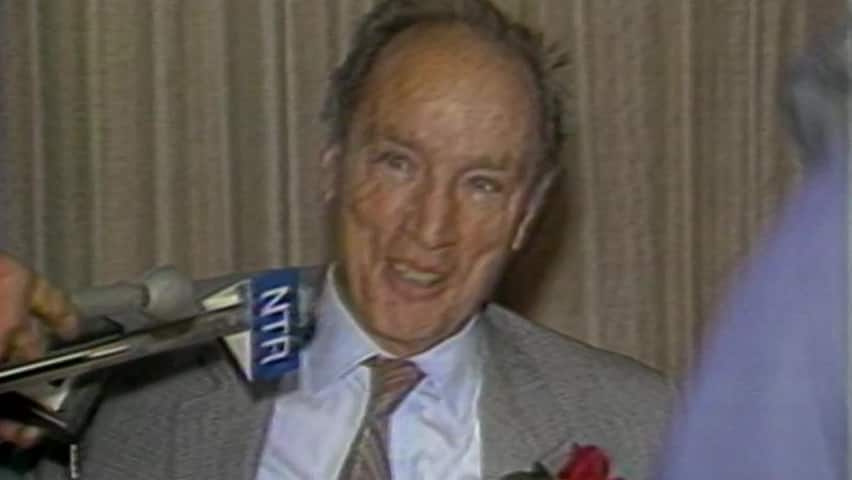 36 years agoVideo
0:57
Pierre Trudeau talks to the media about his new job at a Montreal law firm. 0:57

Trudeau did speak to the media on his first day at the law firm.

"Well, it's just a short walk downhill from my house," he said, drawing a few laughs from the journalists surrounding his desk.

"And it's near the restaurants and St. Catherine Street and Sherbrooke Street. I had a good setup in Ottawa and I was looking for a good one here."

Host Knowlton Nash said the media had to know one more thing.

"Wouldn't he find it a bit boring?" Nash said on The National on Sept. 20, 1984, setting up Trudeau's response that was about to be shown to the viewers at home.

"Maybe I will," said Trudeau, chuckling as he gave his answer. "It depends what work I do."