When Olympic champion Jesse Owens was a guest on CBC-TV

In 1963, the gold-winning sprinter told the panel on a CBC game show about competing at the 1936 Games and his work as a mentor to young athletes. 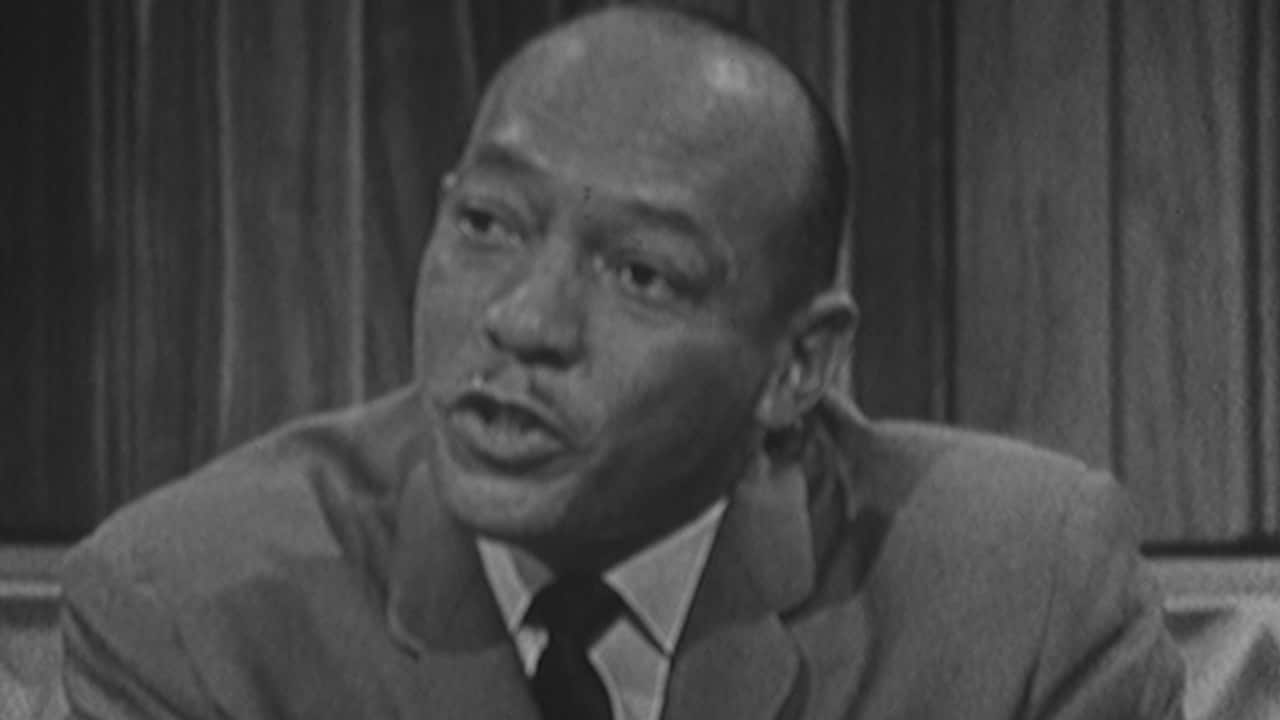 Long after he had triumphed at the Olympic Games in Berlin in 1936, American sprinter and track star Jesse Owens was asked how he felt about having competed in Adolf Hitler's Germany.

"At that particular time, not being interested in the political situation as it was — until it was all over," Owens recalled during an appearance on a CBC game show 27 years later. "Then I began to realize ... how repulsive some of the things that were going on, had happened."

"I didn't go to shake hands with Hitler," Owens said. "[The U.S. Olympic track team] went to run, and run we did, and we had a marvellous time. So sorry that he didn't." In 1976, on the CBC Radio program Olympic Magazine, the CBC's Harry Brown asked Owens about something he'd heard "a few times" regarding Hitler giving out Olympic medals 40 years earlier — that being a claim that the Nazi leader had refused to shake the sprinter's hand while giving out medals.

But Owens said it had never been up to Hitler to present Olympic medals to the athletes.

"That's not his prerogative," he explained. "No one but the International Olympic Committee presents medals. Hitler's government had nothing to do with it."

During the prior interview, Owens was a guest on the CBC game show Flashback on Jan. 6, 1963. The show asked its panel to guess a mystery person, fad or object.

On that week's show, the object was a laurel wreath — something traditionally given to Olympic athletes. During the quiz segment, panellist Allan Manings correctly identified Owens.

Panellist Maggie Morris asked Owens about the work he was doing at the time.

"About a year and a half ago, I was connected with the Illinois Youth Commission," said Owens, who said he had also gone into business for himself about that time. "I had collected about 800 young people ... in underprivileged areas."

He explained that his efforts included taking the "youngsters" to Major League Baseball games in Chicago. "These youngsters are taking these ballplayers as an incentive in life," he said. "Many of them have ... gone up into other leagues in baseball and they're doing quite well."

For Owens, the effort was his way of giving back.

"There was someone that helped me that I might be able to sit here tonight," said Owens. "If you can't go back from where you have come to give a helping hand to those less fortunate than you, then all those things that you've gained ... become a hollow thing to you."

Owens said he had begun his athletic career in junior high school, after meeting Charley Paddock — an Olympic athlete who competed in the 1928 Games.

"He became my idol and I very much wanted to be like Charley Paddock, and to become a member of Uncle Sam's Olympic team," said Owens.