When northwestern B.C. saw near-record and record snowfall in 1999

Only in Canada could a near-record, single-day snowfall rate just a fleeting mention on a national news program.

More than a metre of snow piled up in Terrace and other parts of northwestern B.C. on Feb. 11, 1999 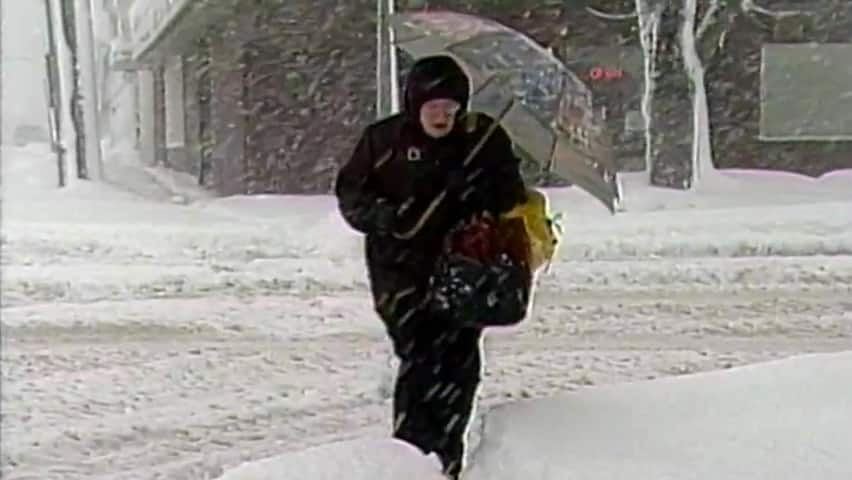 More than a metre of snow?

Only in Canada could a near-record, single-day snowfall rate just a fleeting mention on a national news program.

On Feb. 11, 1999, The National devoted a brief section of the program to tell viewers about a snowstorm that had already dumped 110 centimetres of snow on Terrace, B.C., with more to come.

"Trying to get anywhere was a battle," anchor Peter Mansbridge told viewers, as shots of spinning tires and snow-covered highways rolled on TV.

The storm shut down highways and a regional airport. Schools were also closed, according to a report from The Canadian Press.

The National reported that the 110-cm snowfall total — and still climbing at the time of the broadcast — was "nearly a one-day Canadian record."

However, a one-day record was, in fact, set that day in British Columbia, but not in Terrace.

The 145-centimetre total that accrued in the Tahtsa Lake area that day made it onto Environment Canada's list of the top weather events in the 20th century in Canada.