When N.B. had to wait until 'the 21st century' to twin the Trans-Canada Highway

By the late '80s, there was too much traffic and too few lanes to serve it along New Brunswick's portion of the Trans-Canada Highway. 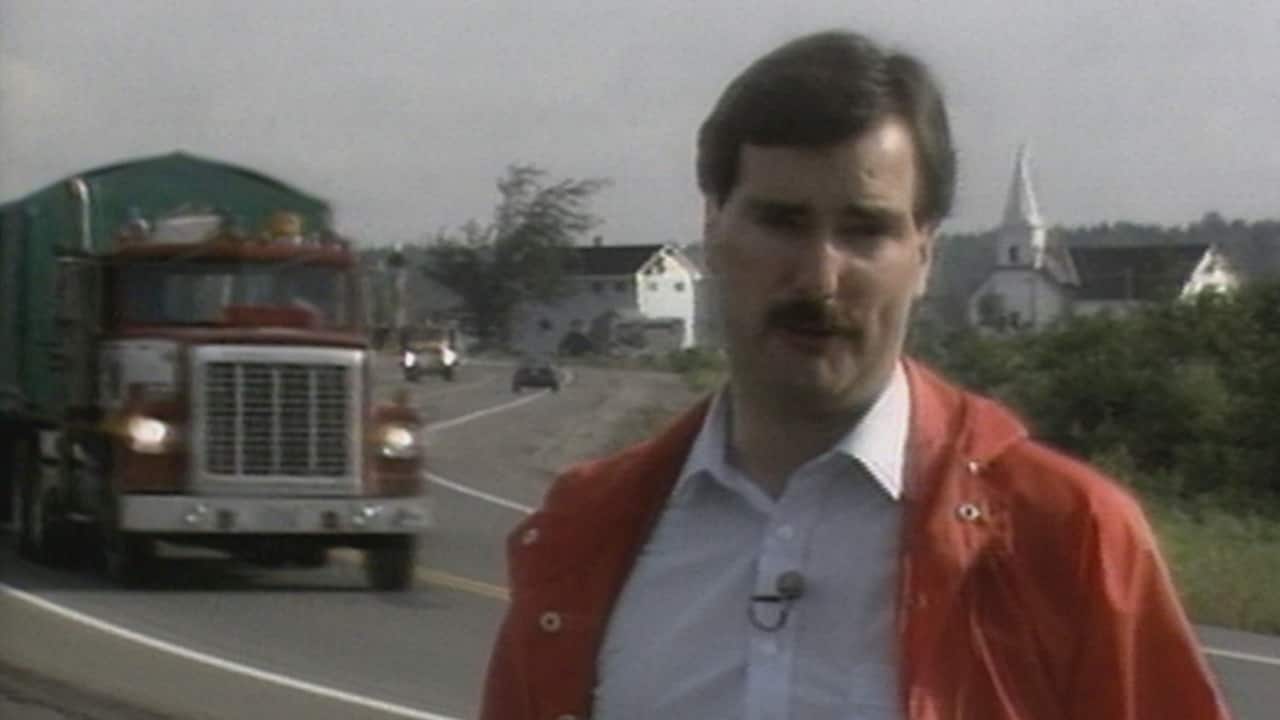 Too much traffic on the TCH in N.B.

32 years ago
2:34
In August 1988, Kevin Evans reports on the need for improvements to the New Brunswick stretch of the Trans-Canada Highway. 2:34

There was too much traffic and not enough lanes to serve it along New Brunswick's portion of the Trans-Canada Highway.

The drivers knew it, the provincial government knew it and the need for safety improvements was clear — particularly when experts suggested that a twinned highway could reduce the number of fatalities to half of their 1987 tally.

But the estimated $1.5-billion cost of a four-lane, divided highway was a roadblock for that work to progress. At the time, New Brunswick wanted to see Ottawa provide some support to make that happen.

A need for money and a study

"We feel that the federal government has a responsibility here, this is a national problem," said Sheldon Lee, then the provincial transportation minister, when speaking with CBC News.

At that point, Ottawa was agreeing only to study the need for highway improvements.

"Negotiations for a cost-sharing agreement will be difficult and likely very drawn out," said Evans. "Federal officials point out that New Brunswick has already received more federal highway dollars in the last decade than any province except for Newfoundland."

In any case, Evans said New Brunswickers would be waiting 10 to 15 years for the work to be completed, after the funding issues were settled.

"It will be well into the 21st century until this route becomes less congested and less dangerous."

Improvements would be made to part of the national highway that ran through New Brunswick in the years to come and as Evans predicted, they were not completed until the '00s.