When Martin Luther King Jr. told CBC-TV about the fight for civil rights

As the mystery guest on CBC's Front Page Challenge in 1959, Martin Luther King Jr. told the panel about his belief in non-violence in the fight for racial integration.

In 1959, King talked about his belief in non-violence in 'the struggle for human dignity'

As a leader of the American civil rights movement during the 1950s and 1960s, Martin Luther King Jr. and his legacy are celebrated on the third Monday in January as a national holiday in the U.S.

In 1955, Rosa Parks, a Montgomery, Ala., resident, was arrested for refusing to submit to the segregation law which required her to give up her seat on a bus for a white woman.

At that time, King, as president of the Montgomery Improvement Association, led a boycott of the buses. That ended almost 13 months later, with a U.S. Supreme Court ruling that made segregation on public buses unconstitutional.

In 1959 King appeared on CBC-TV, to test the panel on his headline-making achievement on the game show Front Page Challenge. Pierre Berton successfully guessed the story the panel was seeking out.

'There isn't one answer' 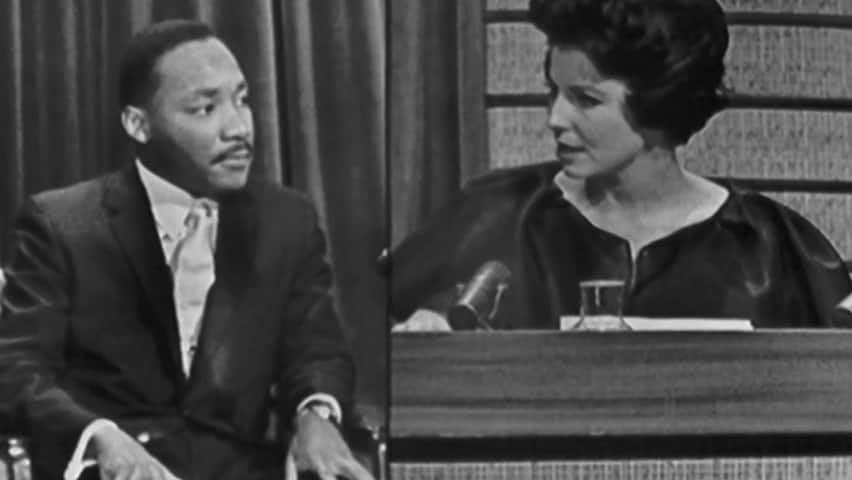 2 years ago
2:37
The battle for desegregation on buses by Martin Luther King Jr. was the headline that brought him to the Front Page Challenge studio in 1959. 2:37

"How can we best rectify the whole problem of segregation?" asked panellist Toby Robins, leading the questions for the 30-year-old King when the show moved to the interview segment.

"I think it will entail many forces working together," King said. "There isn't one answer, or one force that will solve the problem."

Listing the institutions and groups that would have to contribute to solutions to the problem, he emphasized that the methods used to obtain "first-class citizenship" should not involve "second-class methods to gain it."

"The methods are very important, in thinking in terms of the end," King said.

"What do you mean by 'second-class methods'?" Robins asked.

"It seems to me that it is possible to move on toward the goal of justice with wise restraint and calm reasonableness." 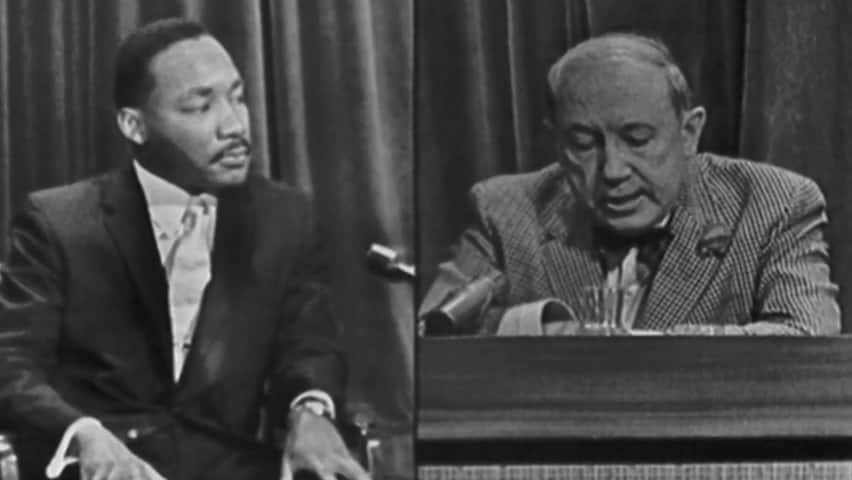 2 years ago
1:27
Questioned by Front Page Challenge panelist Gordon Sinclair, King talked about the origins of his belief in non-violence in effecting his cause. 1:27

Fellow panellist Frank Trumpane next asked about a timeline for achieving racial and social equality.

"I would have to make a distinction here between desegregation and integration," King responded. "Now on the question of desegregation, I think within 10 or 15 years ... we will break down the legal barriers in almost all areas."

Regarding integration, which he qualified as "genuine inter-group, interpersonal living," King felt that would take longer.

"I think ... before the turn of the century we will have moved a great deal toward an integrated society," King said.

On the subject of non-violence, panellist Gordon Sinclair asked King if his ideas came from the teachings of Mahatma Gandhi.

"Yes, I would say from Mahatma Gandhi and Jesus," said King.

"My whole Christian background had a great deal to do with my coming to this conclusion: that love and non-violence should be the regulating ideals in any struggle for human dignity."