When Mario Lemieux had his best-ever NHL season

When Mario Lemieux was having the best season of his career, he found himself answering questions about how he compared to Wayne Gretzky. 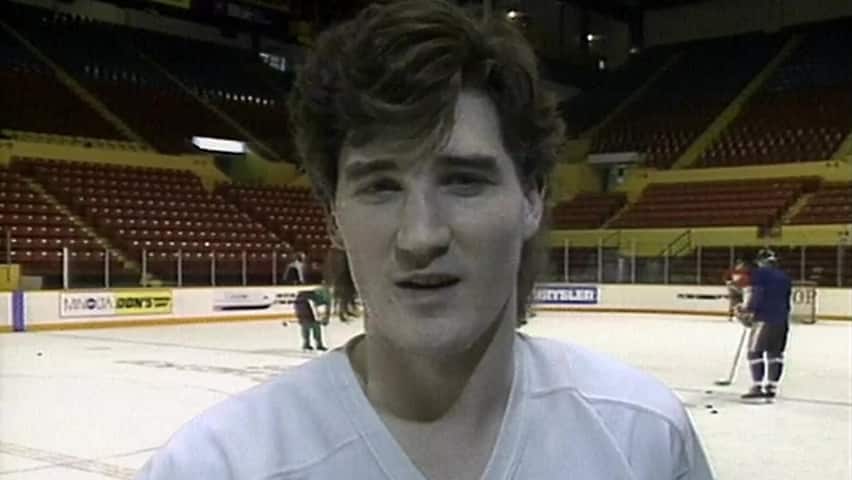 There is only one person in NHL history who has tallied more points in a single regular season than Mario Lemieux, and that person's name is Wayne Gretzky.

That trivia tidbit helps explain why Lemieux was frequently being compared to the Great One and why CBC's Midday wanted to press him on that issue, too.

When Lemieux talked to Midday in January of 1989, he was in the middle of his best-ever season — one that would see the Pittsburgh Penguins star notch 199 points by season's end.

But a lot of the questions to Lemieux focused on Gretzky, including whether the two stars had a "rivalry" between them.

To anyone watching Midday, it was clear what Lemieux had for Gretzky was admiration and respect.

"He's my idol — he's been my idol for a lot of years," the 23-year-old Lemieux told Midday, after talking about the good times he'd had playing with Gretzky during the Canada Cup tournament in 1987.

'Anybody can be traded now'

Lemieux was also asked about his reaction to the trade that had moved Gretzky from Edmonton to Los Angeles ahead of the season. He'd been golfing when he heard about the headline-making deal.

"I never thought that a player like Gretzky would be traded," said Lemieux, whose entire playing career would take place in Pittsburgh. "I guess nobody is secure in our business and you have to be aware that anybody can be traded now."

Gretzky broke the 200-point barrier four times in his career, but not in the 1988-89 season, when Lemieux finished with that league-leading 199 points. The Great One totalled 168 points that season.

And while putting together this highly successful season, Lemieux did not seem to be feeling the pressure of being a star player.

"I'm trying to put in people's minds that I can be one of the best that ever played the game," Lemieux told Midday. 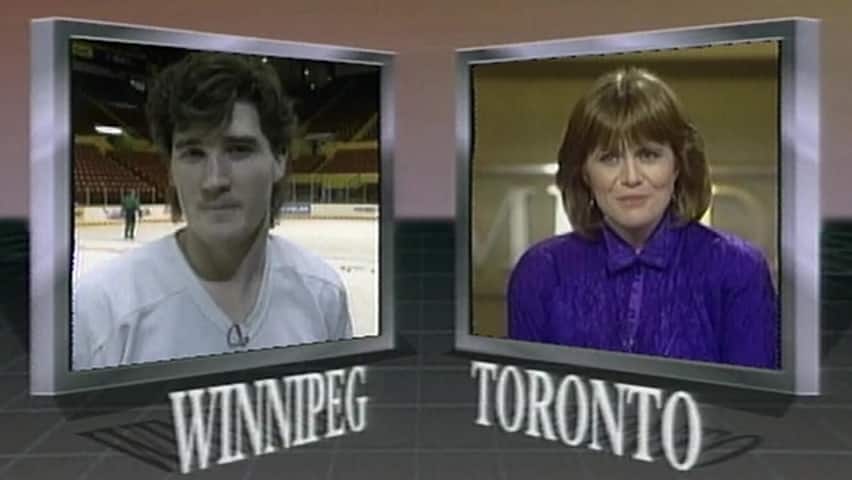 Lemieux also talked to Midday about his childhood in Montreal, a hometown that was the perfect place for a budding hockey superstar to grow up.

"I was watching the Canadiens every Saturday night on TV and Guy Lafleur was the best hockey player at that time," said Lemieux.

The rest of his time was spent honing the skills he'd put to use on the ice as a minor-league player and eventually as an NHLer.

"I was practicing a lot when I was young, I used to practice three, four hours every night," said Lemieux.

His hard work paid off: Lemieux would skate and shoot his way to a Hall of Fame career that included two Stanley Cup wins, three MVP awards and six scoring titles along the way.

But he also dealt with adversity: Lemieux fought through injuries in his career and also dealt with a cancer diagnosis that hurt his body and kept him off the ice for extended periods of time.

In 1997, he would retire from the game. But like his childhood idol Lafleur, Lemieux would return to the NHL a few years later to play again with the Penguins. He retired from the game a second time in 2006.

In 1999, Lemieux became one of the team's owners and he has since helped guide the organization to further success.

In his post-playing career, the Penguins have won three more Stanley Cups — meaning that as a player and owner, Lemieux has been present for all five of the championships in the hockey club's history.