It seemed as if John Candy would be a natural on the production line at the Laura Secord factory. Like comedy, though, it turned out to be harder than it looked.

'Worse than putting a jigsaw puzzle together,' said Second City comedian in 1977 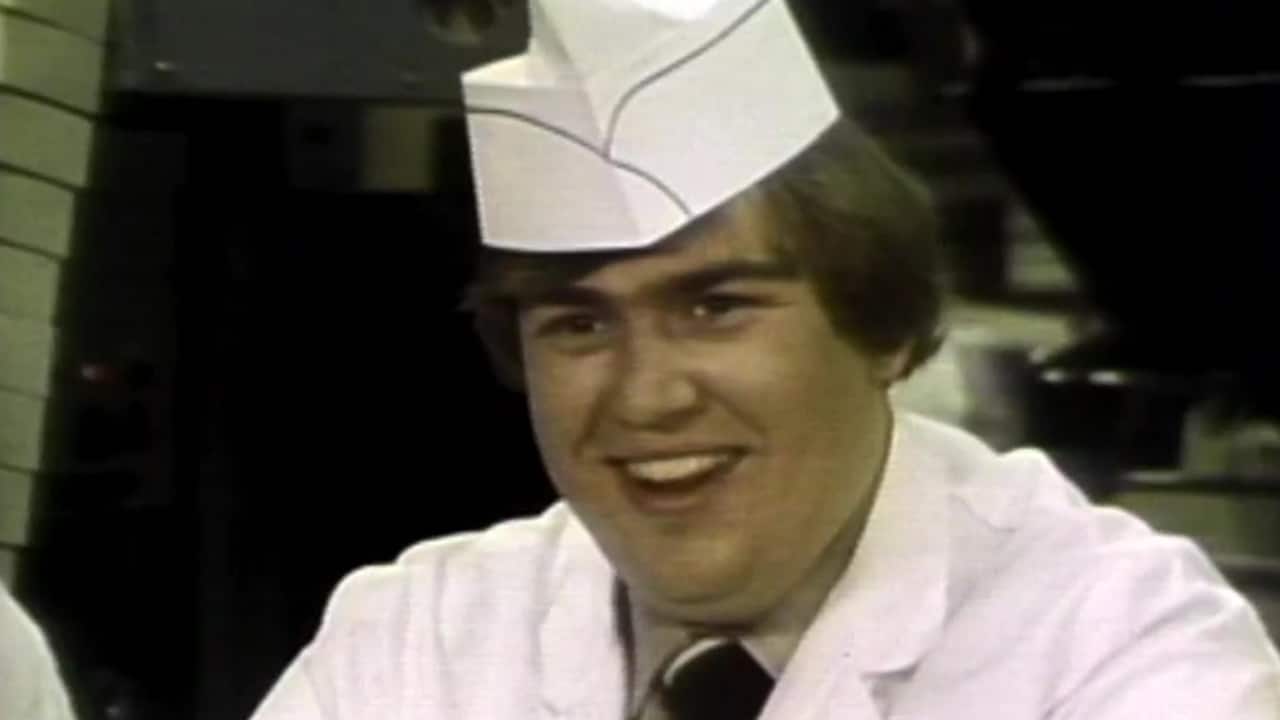 It seemed as if John Candy would be a natural on the production line at the Laura Secord factory. Like comedy, though, it turned out to be harder than it looked.

"Where else on Valentine's Day do I take you but to the Laura Secord chocolate factory here in Toronto?" the comedian asked in a taped segment for the CBC late-night talk show 90 Minutes Live.

After he described his day at the factory to host Peter Gzowski live in the studio, the segment aired for the live audience and those watching at home.

"I'll try my best. I won't let you down," Candy told the plant manager, Peter Dawson, after being invited to try a day of work making and packing the company's well-known treats.

'Keep up with it'

Captured in front of a constantly moving belt on the factory floor, Candy — clad in a white smock, hat and gloves — was flanked by two experienced women working the production line.

"Keep up with it," urged the woman on his right, who seemed slightly exasperated as she rolled her eyes and shook her head slightly.

Candy was just doing his best to pull chocolates off the line with both hands and fit them into the box in front of him.

"What do you do when they get stuck together like that?" he asked.

"You don't do nothing with them. You put them back on the belt," said the woman, exchanging a glance with her colleague. "You don't break them in half. That's a no-no."

The worker on Candy's left seemed more amused than annoyed, and others could be heard laughing.

Candy looked harried as the work continued until he addressed the camera.

"It's not easy. It's hard. This is one of the hardest things in the world," he said with a laugh. "This is worse than putting a jigsaw puzzle together."