Future Jeopardy! host asks 'folksinging guest' if he'll record his own songs at some point 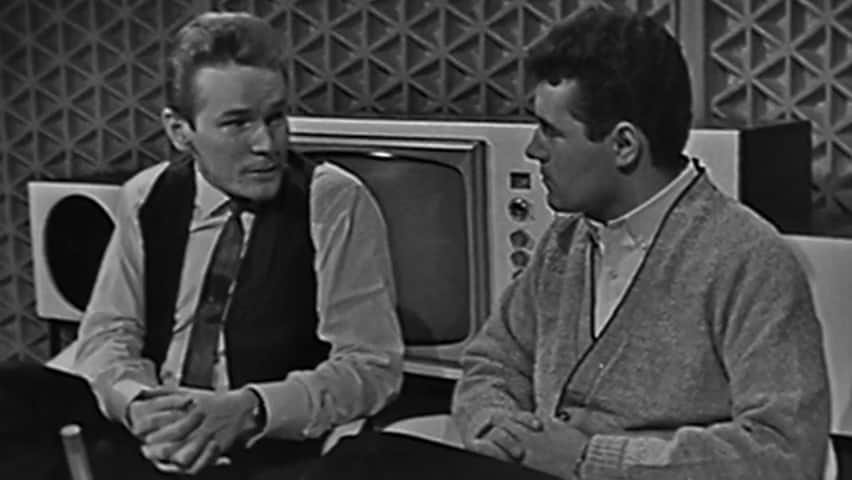 2 years ago
0:46
A young Gordon Lightfoot speaks to Music Hop host Alex Trebek about his writing and recording plans. 0:46

It's early in their respective careers, but CBC-TV viewers are seeing two future stars on their screens in the fall of 1963.

One is Alex Trebek, the future and eventual record-setting host of Jeopardy!, who is then hosting Music Hop.

His "folksinging guest" is introduced as Gordie Lightfoot — who most people would know better as Gordon Lightfoot, the acclaimed Canadian singer and songwriter.

"Gord, how do you feel about how the folk songs are booming these days?" Trebek asks him.

"It's very good, Al," Lightfoot replies. "There certainly is a lot of work around for folk singers."

At the end of their brief chat, Trebek inquires as to whether Lightfoot will start issuing recordings of his own, original material.

"I hope they turn out real well for you," says Trebek, who by now will know that they did.