When Front Page Challenge had never heard of the Barenaked Ladies

Toronto had notoriously kiboshed a New Year's Eve performance by BNL in 1991. Three years later, the band made news by turning down the peace offering of a key to the city. 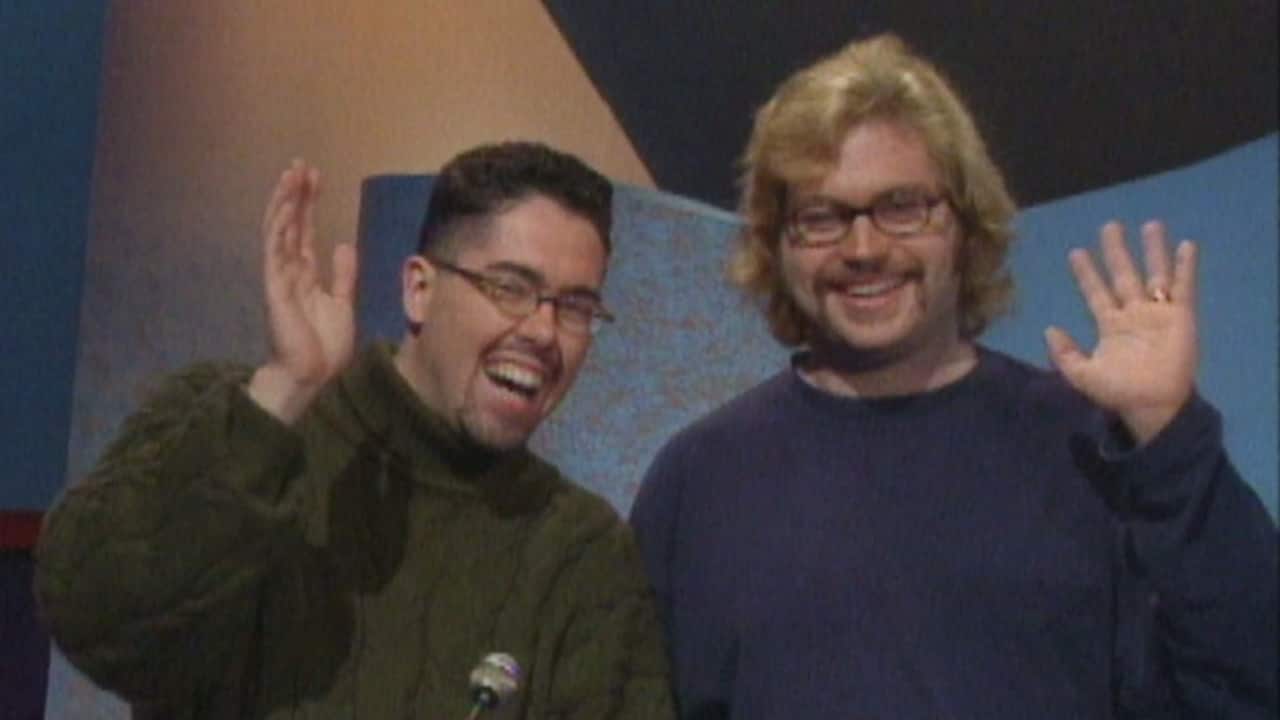 Figuring out the Barenaked Ladies

The city of Toronto had notoriously kiboshed a New Year's Eve performance by the Barenaked Ladies in 1991, making national headlines and boosting the band's profile across Canada as a result.

Three years later, the bestselling quintet made news again by turning down the peace offering of a key to the city.

But in an episode of CBC's Front Page Challenge that aired on Nov. 4, 1994, the panel could identify neither that headline nor the band when two of its members, Steven Page and Ed Robertson, were the mystery guests on the long-running program.

"Are you in the business of entertainment, broadly speaking?" asked panellist Jack Webster.

And that was as close as the four journalists on the venerable game show, by then 37 years into its 38 years on the network, got to reaching the answer.

The panellists guessed a number of pursuits inside and outside the entertainment business, including literature, comedy, politics and radio.

"And you're not in television?" said columnist Alan Fotheringham.

"Right now we are," said Page, to laughter from the Vancouver studio audience.

Popular historian Pierre Berton got closer when he asked if the pair was "on the stage."

Then regularly touring Canada playing arenas and large theatres, they agreed they were. But Berton edged away from live music, asking if they were "on the boards now somewhere."

Before he could get any farther, the buzzer sounded, an indication that time had run out for the panel to suss out the guests' identities.

"The lead singer and the lead guitarist of the Barenaked Ladies!" said host Fred Davis, as a panel was elevated to show the smiling and waving musicians and the raucous audience whooped and cheered. "The story, I'm sure it was covered across the country, 'Barenaked Ladies snub Toronto.'"

Rejection of a 'symbolic gesture' 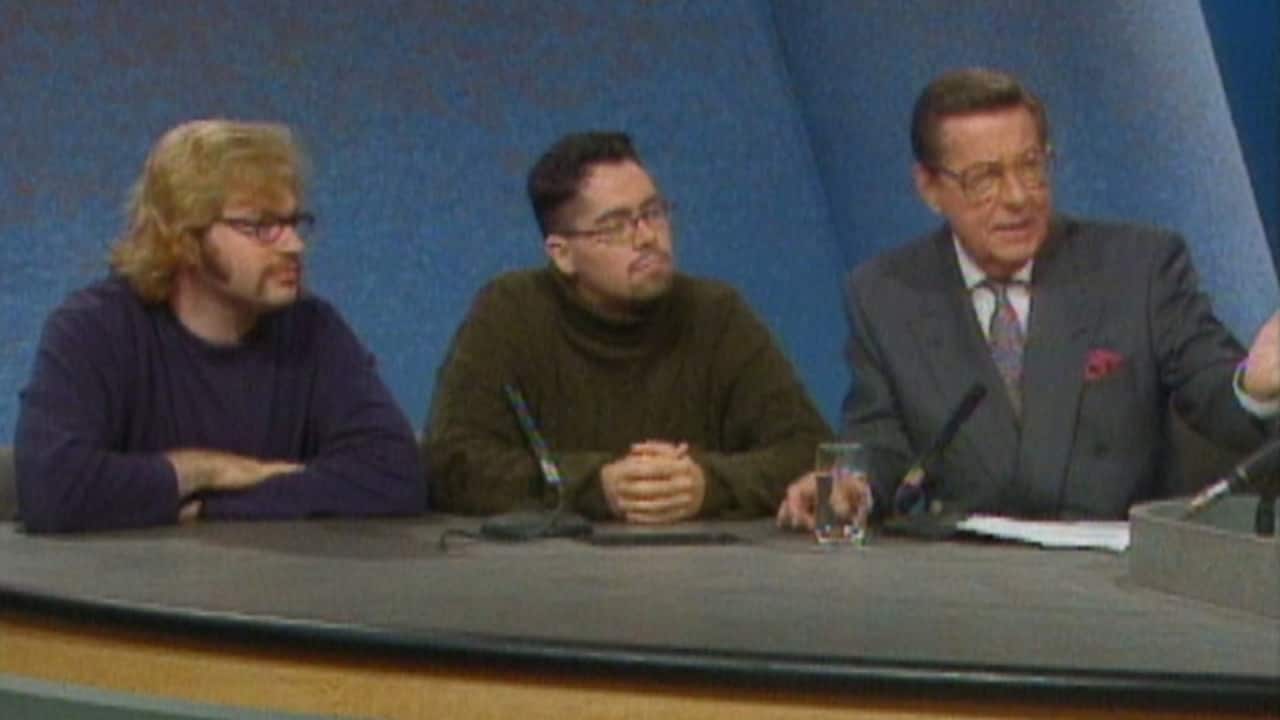 According to the Toronto Star, the city's mayor, June Rowlands, had offered the key to the city to the band on Sept. 5, 1994, as they played a free music festival in Toronto's east end. They had refused it, although Page said they weren't "holding a grudge."

The newspaper explained that ahead of New Year's Eve 1991, City Hall had "banned the group from playing at all city-sponsored shows ... because its name 'objectified women.'"

"Many here have argued that helped the group gain widespread recognition," the Star went on.

Interviewed by the panel on Front Page Challenge two months after refusing the key, in a conversation punctuated by the duo's jokes and the audience's laughter, Page and Robertson explained the genesis of the band's name.

"Steve and I were at a concert, and quite bored, and we were pretending we were rock critics," said Robertson. "We were just making up fake names and histories of bands: 'Remember that band, Pierre Berton's Pants? They were great.'"

"Going on and on," continued Page. "And Barenaked Ladies was one of them."

Berton wanted to know why the Ladies had refused Rowlands's gesture.

"I would have thought that the city made you, and you wouldn't take the key," he said.

Page, who along with Robertson had grown up in the Toronto suburb of Scarborough, said the band was "aware that it's election time in Toronto right now."

"I can't say that I'm a big June Rowlands fan, regardless of what she did for our career," he said. "I just thought it would have been really corny ... so we said no thanks."