Team ownership put Expos fans on notice in 1997 that they wanted a new stadium and were willing to move the team if that didn't happen.

Ownership sought a new baseball stadium, threatening to move the team if that didn't happen 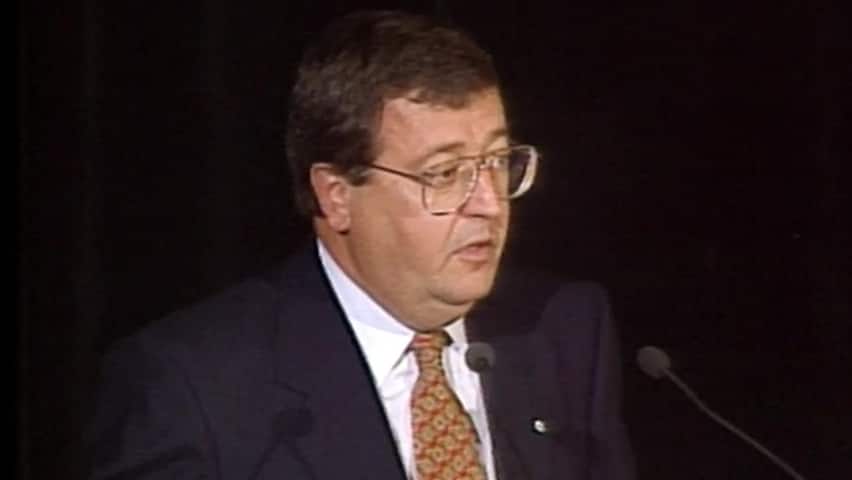 The clock was ticking on an ultimatum from Montreal Expos president Claude Brochu when the team's season was wrapping up in 1997.

Brochu had announced that June that the Expos needed to get a new stadium within one year, or the team would be moved.

"It's not a question of a choice between Olympic Stadium or a downtown stadium," said Brochu, who was among a group of investors who purchased the team in 1991. "It's a choice between a new ballpark downtown or no ballclub here in Montreal."

The club was pitching a $250-million stadium project that would be built close to the Molson Centre, where the Montreal Canadiens played.

The big question was where the money would come from.

'That stadium will not get built' 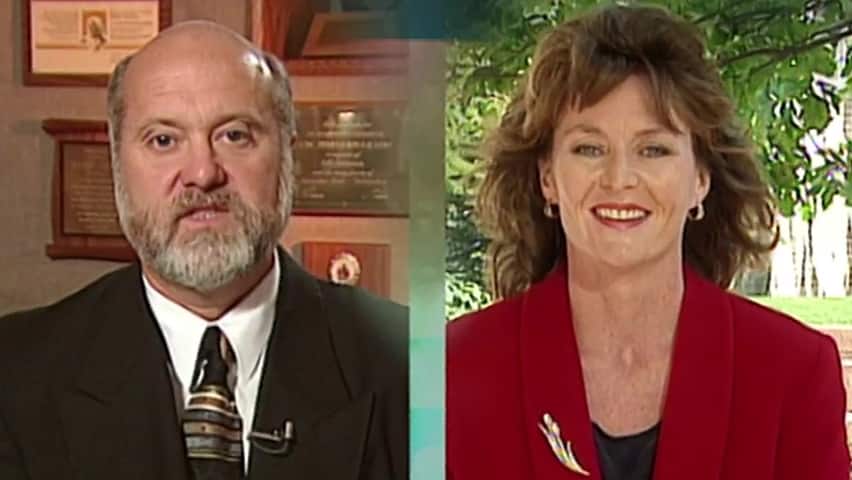 What will happen to the Expos?

Many baseball-watchers didn't expect to see the Expos stick around town, given that the stadium seemed to be a hard sell and there didn't seem to be any government support on the table.

"That stadium will not get built and the Expos will move," said Mary Ormsby, a reporter with the Toronto Star, when discussing the team's future on CBC's Midday in September of that year.

Scott Taylor, a Winnipeg newspaper columnist, pointed to remarks made by Brochu about where the franchise would be headed.

"Claude Brochu has said that if the stadium isn't guaranteed by April 1st of 1998, they'll play the '98 season, they'll be gone in Northern Virginia for 1999," said Taylor, during the same discussion on Midday.

That ended up being a somewhat accurate prediction, as the Expos would eventually move to Washington, D.C., but not until after the 2004 season.

Spring arrives without a new stadium

As the 1998 season rolled around, the team was still trying to make a new stadium happen. And the ownership reiterated its message as to what was at stake.

"We don't have the ownership group that's prepared to lose $30 [million], $40 [million], $50 million a year, just to keep a team in Montreal," said Brochu, when speaking to CBC that spring.

"It really is quite simple: We either relocate ourselves downtown in a new facility or we move the franchise."

The team's continuing financial struggles were clear: Revenues had fallen to less than two-thirds of the league average over the decade, according to a report on CBC's Sports Journal by reporter Brenda Irving.

Hence the drive for a new stadium with more fans in the seats. According to Irving, the club had commissioned a study that suggested a move downtown could triple revenues.

A name, but no stadium 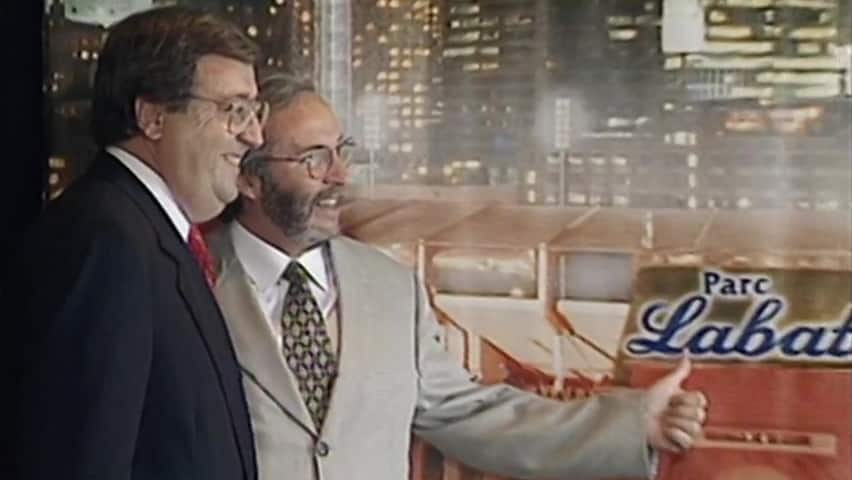 They'll call it Labatt Park ... if it gets built

During the off-season and into the spring, the Expos had managed to raise millions in commitments to corporate boxes and seat leases in the new stadium.

And in May of 1998, as shown in the clip above, it was announced that Labatt was willing to put forward $100 million for naming rights, over a 20-year period, should the stadium be built.

The push continued through the summer, with The National's Mark Kelley reporting in July that the Expos would be seeking $150 million in government money for the project. 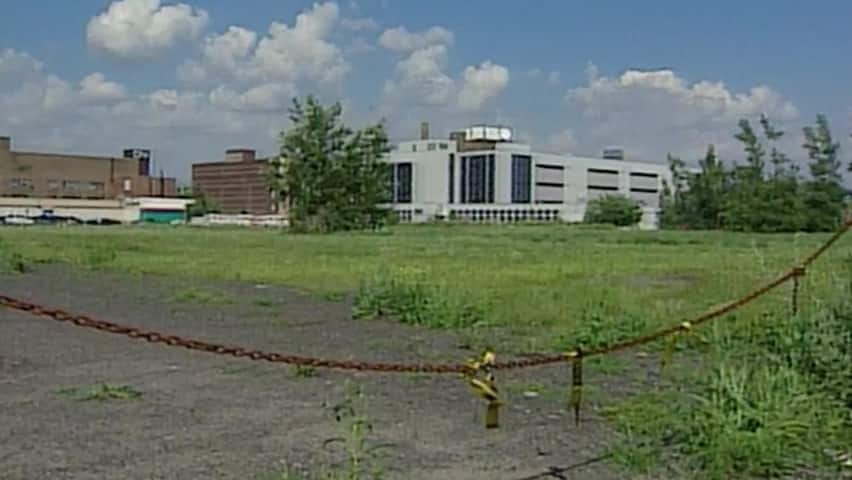 The need for a new stadium

In the end, the Expos never managed to close the gap on the money needed for a new ballpark. The team played six more seasons at Olympic Stadium — and went through some ownership changes — before being moved to the U.S. by Major League Baseball.