When CBC grilled Wayne Gretzky about his league-leading salary

The Great One got a big pay increase in 1990 and Midday wanted to know all about it. 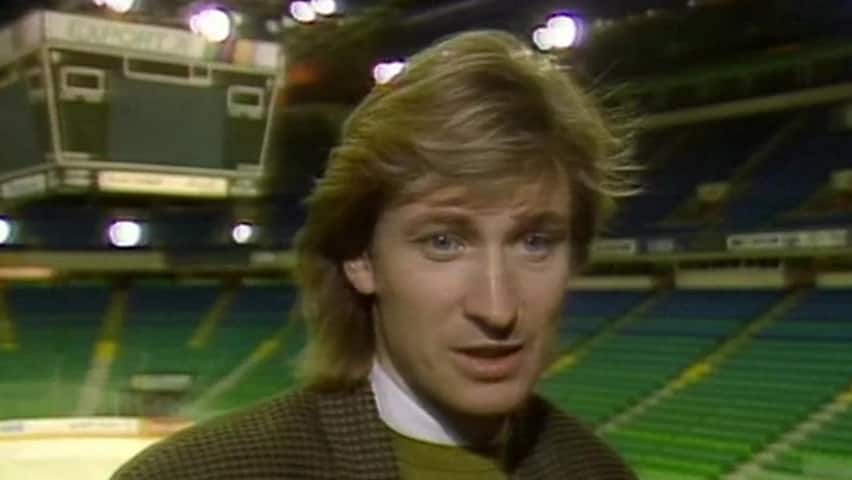 31 years ago
1:24
Wayne Gretzky faced some tough questions on his high NHL salary on Midday. 1:24

During his playing career, anything Wayne Gretzky did made the news.

Such as when he signed a hefty contract extension with the L.A. Kings, which made him the highest-paid player in the NHL.

The salary increase put Gretzky on the hot seat when he sat for an interview with CBC's Midday back in February of 1990, just days after he signed the new contract.

"They had to, what, shove this down your throat?" Midday co-host Valerie Pringle asked Gretzky, about a raise he had reportedly not demanded.

Like an expert goalie, the Great One tried to deflect the question being shot in his direction.

"Basically, I think that as a professional athlete ... I'm very well paid and I'm very happy playing where I'm playing," said Gretzky, then in his second season with Los Angeles after being traded to the Kings from Edmonton in 1988.

Gretzky said the two-year contract extension offer had been made by the Kings' then-owner, Bruce McNall.

The Globe and Mail, however, reported that McNall had previously promised Gretzky that he would always be the highest-paid player in the NHL. And the contract was extended after data had been released showing Mario Lemieux had a higher salary than Gretzky.

"By no means was I holding a gun to his head and demanding something that was a change. I was very happy with it and, you know, he just insisted on it," said Gretzky.

"What can I say? I'm very happy to be an L.A. King and very excited to play for this man."

'I'm not going to argue with it'

Still, Pringle pressed No. 99 on whether he felt comfortable making as much money as he did. Again, Gretzky tried a smooth defensive play.

"If that's the going rate of a hockey player or an athlete ... I'm not going to argue with it," said Gretzky, skating around the issue a bit.

He noted that Lemieux — his former Canada Cup teammate — would be finishing a contract in a few years and Gretzky expected the Pittsburgh superstar would likely sign for $4 million or more each season at that time.

"It's gotten to the point where salaries have escalated so high, we don't know where they're going to end — if they're going to ever end," said Gretzky, who would be making $4 million a season at the tail end of his deal with the Kings, as indicated by news reports.