When Canadian retailers were cross about seeing shoppers head south

In 1990, Canadian retailers were concerned about the ongoing impact of cross-border shopping on the national economy.

Cross-border shopping opportunities in the U.S. had Canadian retailers concerned in 1990 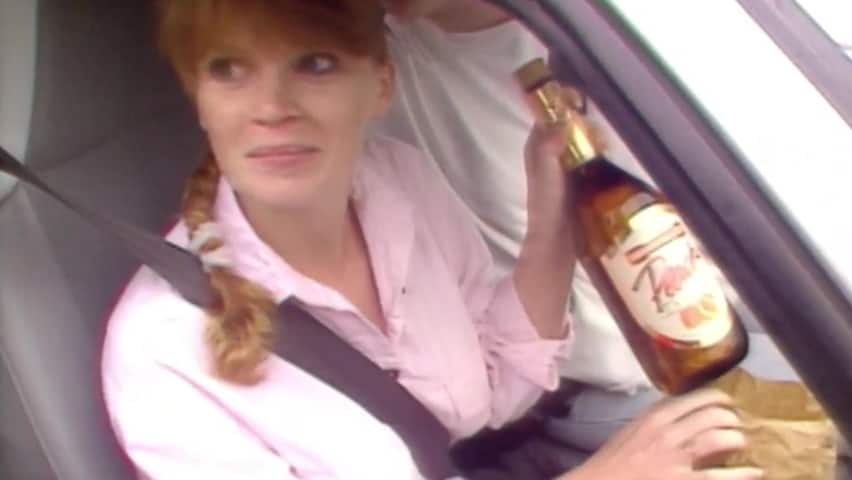 Bargains on the other side of the border

The bottle of peach-flavoured liquor a woman held up for a CBC reporter to see was just one example of the price disparity between Canada and the United States.

"American," she added, clarifying that she was quoting the price in U.S. greenbacks.

She estimated the same bottle would retail for "at least $20" back home.

Cheap booze was one such bargain to be found on the other side of the border.

But there were many other consumer items that could be purchased at a lower price in the United States — even when duties and taxes were factored in, in some cases.

A temptation across Canada

And that impulse to shop for those lower-priced items in the U.S. was worrisome to Canadian retailers — particularly those located near the border, whether in Ontario or other parts of the country.

In the case of Niagara Falls, Ont., local retailers had a figure they could point to, which they used to illustrate just how much business they were losing to cross-border shopping.

"Retailers in the Niagara peninsula say they're losing more than $100 million a year to the competition in New York [state]," reporter Steve Paikin told viewers on The National on Oct. 24, 1990.

'We are closing businesses'

The National was reporting on what the lure of cross-border shopping meant on a broader scale to Canada, at a time when retailers were meeting with government officials to try to convey their concerns.

Catherine Swift of the Canadian Federation of Independent Business said the politicians on this side of the border did not grasp the full implications of so many Canadians heading state-side to shop.

"I don't think our governments, at any levels, realize the seriousness of this problem," Swift told CBC News.

"We are closing businesses and losing jobs because of the cross-border shopping situation."

Paikin said retailers also feared how the coming GST could further hurt their business, by making Canadians "believe that the U.S. is still a more attractive place to shop."