When Canada learned of the death of John F. Kennedy

CBC News brought Canadian viewers news of the death of U.S. president John F. Kennedy after he was shot in Dallas, Tex., on Nov. 22, 1963.

Lester Pearson called killing of U.S. president 'one of the great tragedies of history'

"The word we have is that President Kennedy is dead."

That is how the CBC News report began on Nov. 22, 1963, concerning the assassination of U.S. president John F. Kennedy.

The news was soon confirmed that Kennedy was dead at the age of 46, with the violent details read out to CBC viewers by newsreader Lamont Tilden, as seen in the clip at the top of this page.

In Ottawa, the House of Commons was adjourned after news of Kennedy's death. On television, then-prime minister Lester Pearson tried to put into words what he and his fellow Canadians were feeling.

Pearson told Canadians that the news of Kennedy's sudden death was so shocking, it was hard to believe it had actually occurred.

"Canadians, next to Americans themselves, will feel most deeply the tragedy of that loss," Pearson said, in remarks that can be heard in the video above.

"That loss, through assassination, is one of the great tragedies of history. But for us, now, it is something more — it is a great, heartbreaking, personal tragedy." 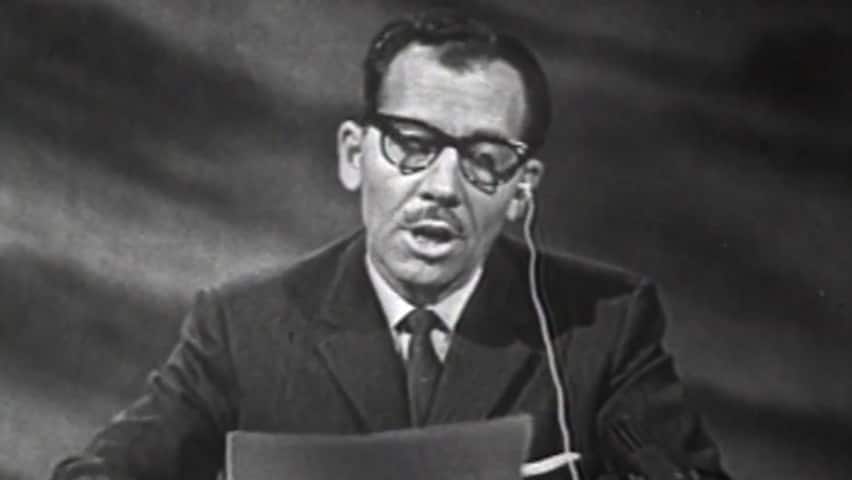 CBC News reports on the death of JFK

When Kennedy's body was moved to the U.S. Capitol two days after he was shot, it was Washington correspondent Knowlton Nash, future anchor of CBC's The National, who reported on the story for CBC News.