A reporter described it as "computer bingo," but it didn't involve the use of a mouse or a laptop.

In 1987, a new type of bingo involved electronic devices, but not dabbers 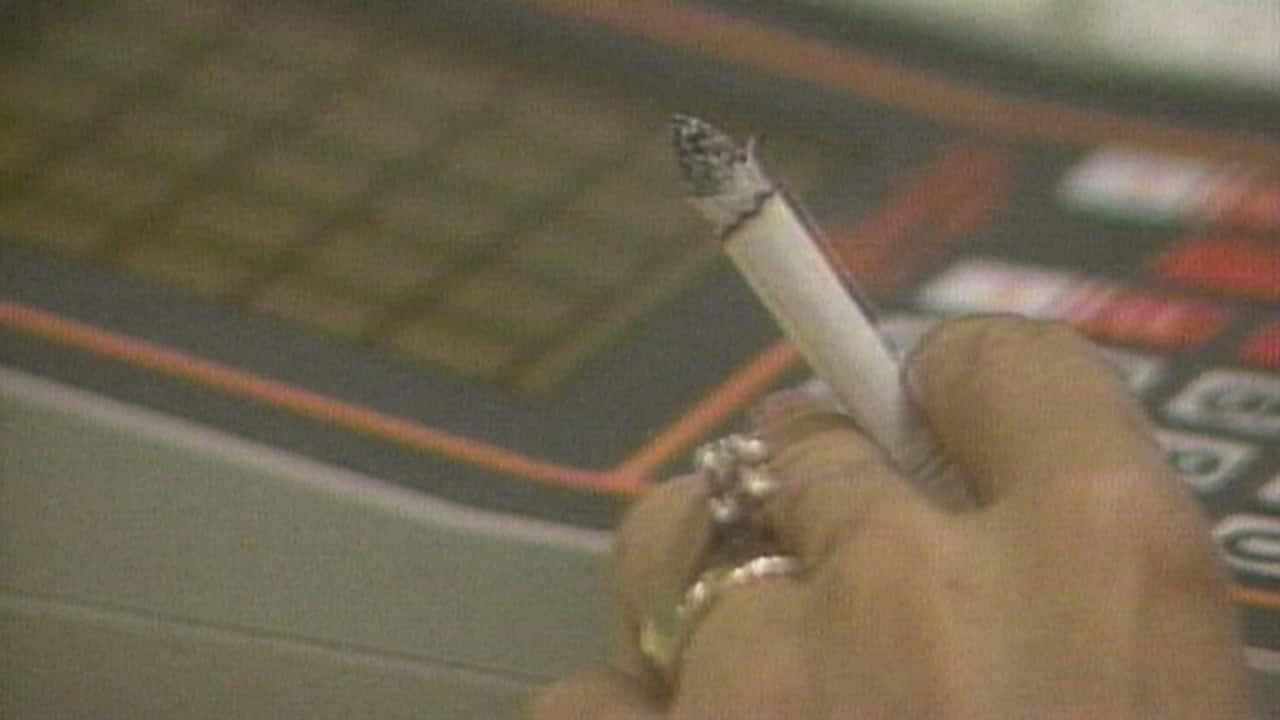 A reporter described it as "computer bingo," but it didn't involve the use of a desktop unit or laptop.

But it did involve punching bingo numbers into a bleeping Speak & Spell-like device, which was shown on CBC's long-running current affairs program Midday on Aug. 5, 1987.

A report from Bob Nixon showed a bingo caller both relaying the numbers coming up and telling players in Moose Jaw, Sask., how to enter them into their devices.

"Huddled over tables like chartered accountants, these bingo players do as they're told," Nixon told viewers.

"They're the first people in Canada to play computer bingo. No papers, no dabbers, no lucky charms. Bingo in Moose Jaw has gone high-tech."

Some of the locals playing the updated take on bingo seemed to like it — though there was a bit of a learning curve to playing it.

"I enjoy playing it," said Gladys Herrod. "It's quicker."

Greg McCartney, a local businessman, held the Canadian distribution rights to the version of bingo that was being played in the Moose Jaw bingo hall, which had been developed in the United States.

'[We're] certainly excited about that."

...but still the same game

At the time of the Midday report, Nixon said a group of Moose Jaw charities had paid $84,000 — the equivalent of about twice that figure today, according to the Bank of Canada's online inflation calculator — for the electronic version of bingo.

"But they figure they'll hit the jackpot by packing the hall every night," Nixon said.

"The computer may do most of the work, but the players will still get to scream: 'Bingo!'"

Moose Jaw's entry into electronic bingo appears to have come to an abrupt end the following year. In May 1988, the Regina Leader-Post reported that the federal justice department ruled the devices were "considered illegal" as they were in contravention of legislation that banned "the use of electronic or computerized devices in the operation of a bingo."