When Bernie Sanders was supposedly leaving politics in 1989 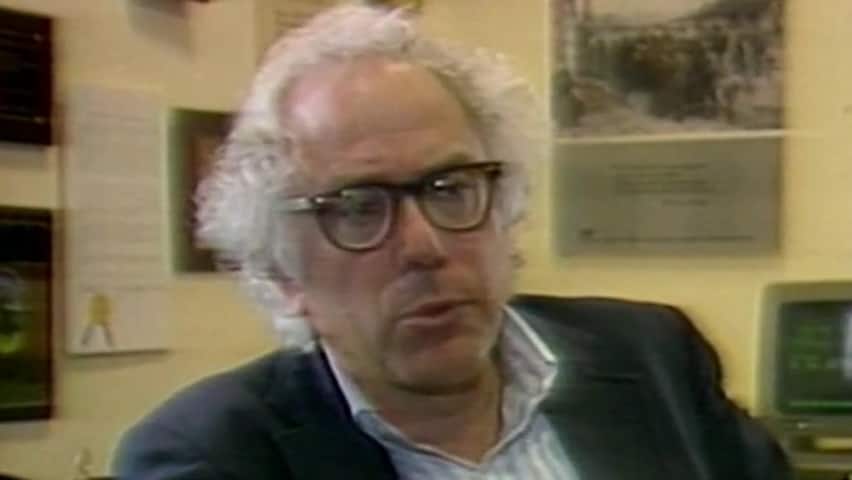 When Bernie Sanders was 'leaving politics'

32 years agoVideo
2:36
An April 1989 CBC News report looks at when Bernie Sanders was retiring from politics. 2:36

Thirty-one years ago, a future U.S. presidential candidate was supposedly retiring from politics.

His name was Bernie Sanders and he was then a departing, four-term mayor in Burlington, Vt., who had recently come close to winning a seat in the U.S. Congress as an independent candidate.

In April 1989, The National's Paul Workman filed a story on Sanders, looking back at his mayoral tenure and providing CBC viewers a glimpse of some of the ideas he would put forward as a more high-profile politician and political candidate in future.

"Nobody ever called him Mr. Mayor, he was always just plain 'Bernie,'" Workman said, when introducing viewers to Sanders as "the socialist from Brooklyn who turned conservative Burlington upside down."

'What socialism means is democracy'

Viewers also got to hear directly from Sanders on his definition of socialism.

"To me what socialism means is democracy," said Sanders.

"It means doing away with a system where one per cent of the population owns half of the wealth, where the rich get richer and the poor get poorer."

As Workman explained to viewers, Sanders had pursued progressive policies that made him popular with many voters in Burlington.

Not popular with the 'ruling class'

But Sanders was not a favourite of the business community during his time as mayor.

"'Bernie the Mayor' never did win many friends among the city's business leaders," said Workman. "After all, these were the people he liked to attack the most — the so-called 'ruling class.'"

Workman said that many Sanders supporters expected their outgoing mayor wouldn't be leaving politics for long — and they were right.

In 1990, Sanders was elected to Congress, where he would serve for more than a decade. He later became a U.S. Senator.

As of early 2020, Sanders is in the midst of making another run at becoming the next U.S. president, following the bid he made ahead of the last U.S. election.