When B.C. had more measles cases than the entire United States

Thirty-four years ago, a sharp increase in Canadian measles cases had made thousands of children ill and many doctors upset. 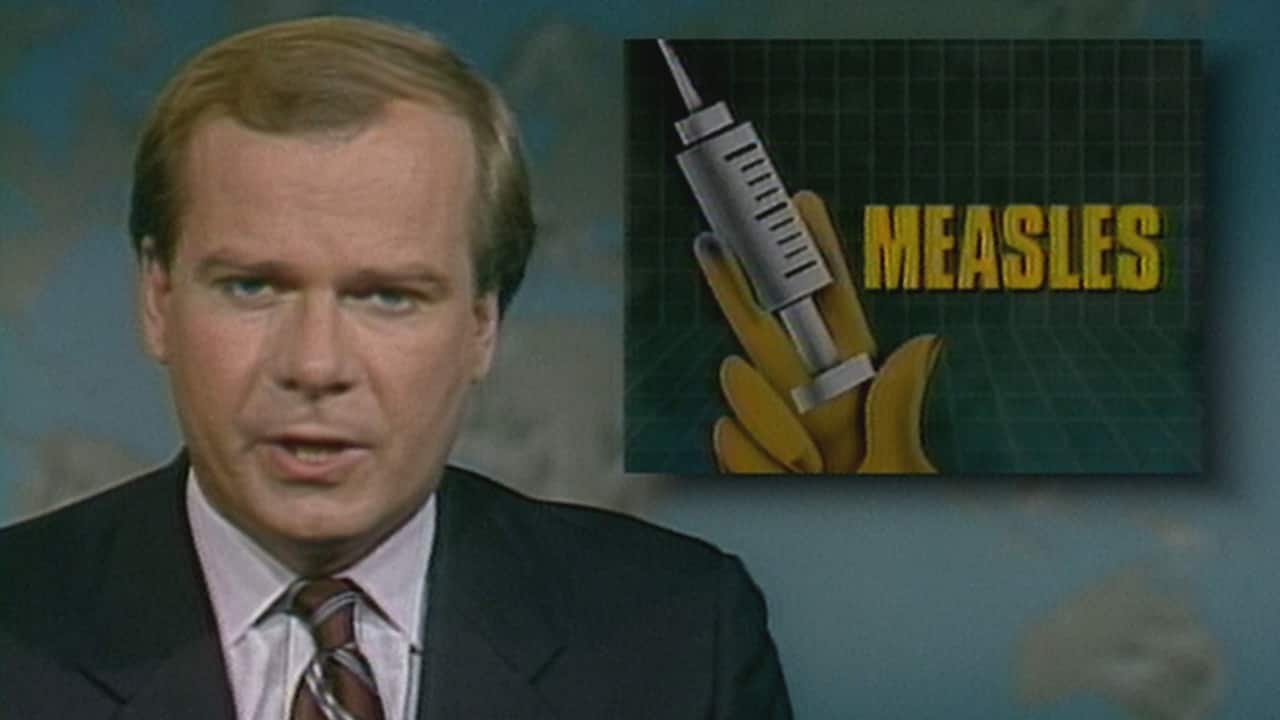 A spike in measles cases in 1980s Canada

Thirty-four years ago, a sharp increase in Canadian measles cases had made thousands of children ill and many doctors upset.

"In the first seven months of 1986, 14,000 youngsters across the country came down with measles," the CBC's Karen Webb told viewers in a report that aired on The National on August 22, 1986.

"More than half those cases came from one province: British Columbia."

At that time, in fact, the western province had more measles cases than in all of the United States.

Dr. John Blatherwick, the chief medical officer in Vancouver, said the spike in cases had left a handful of children dealing with serious health problems.

"There have been three children in this province with very serious neurological damage because of measles," he told CBC News.

"Measles can also lead to death, and in a totally preventable disease, this is unacceptable."

Webb told viewers that doctors routinely vaccinated children for the disease, but doing so was mandatory in just three provinces — Manitoba, Ontario and New Brunswick.

Getting the message out

She said doctors in other provinces were working "aggressively to promote vaccination," but there were still some parents who weren't taking action as a result of those promotional efforts.

Dr. David Speert, a pediatrician, pointed to the problems that occurred when children were not vaccinated — problems that would be prevented by the measles vaccine.

"The reality is the vaccine is exceedingly safe," he told CBC News.

Webb said two-thirds of the Canadian youth who fell ill with measles that year were teenagers.

"Most of these kids were born at a time when doctors knew the disease could be prevented, but before doctors knew which vaccine was best," said Webb.

Dr. Alastair Clayton of the Laboratory Centre for Disease Control in Ottawa, said these measles-stricken teenagers "missed the intensive, increasing campaign of that measles vaccination during the '70s and early '80s."

The problems in B.C. were puzzling, as Webb said some 97 per cent of children were vaccinated by the time they turned six — and that was in a province where vaccination was voluntary at that time.

Webb's report aired shortly before the start of the new school year, meaning kids would be back in the classroom.

"School is the prime transmission ground for measles," she said.

"Only then will the doctors know if the epidemic is over or if, like the children, measles has just taken a summer vacation."