When 'an epidemic of auto theft' hit British Columbia 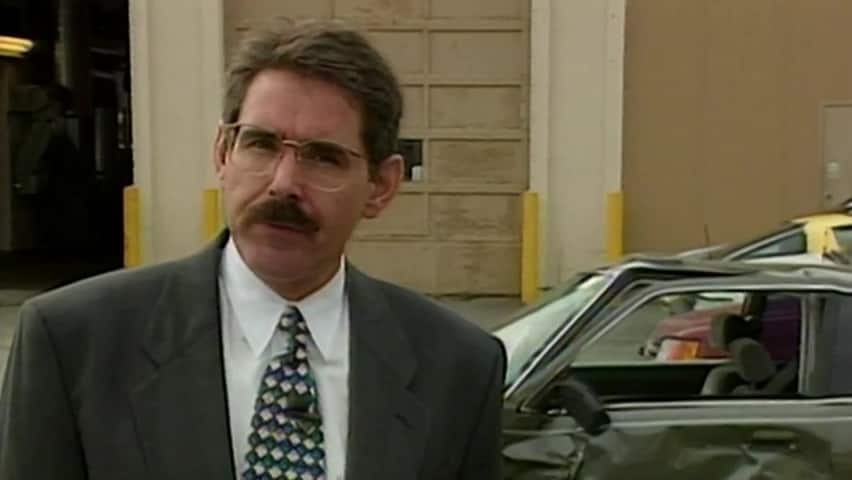 Desperate times call for desperate measures, as they say.

And perhaps that's why the Vancouver police had one of its own stealing a vehicle 24 years ago?

To drive home a point about how bad the auto theft problem had become in British Columbia?

"I'm in your vehicle right now," said Const. Phil Ens, showing journalists how easy it was to use a screwdriver to secure the services of a Dodge Minivan that didn't belong to you.

"I will now take my screwdriver, turn it around and I'll drive your car away," Ens said, as he looked into a television camera for dramatic effect.

"The point of his demonstration is that the police and B.C.'s government-run insurance corporation, ICBC, are trying to alert drivers to an epidemic of auto theft," Milewski told viewers on The National on Sept. 11, 1996.

Milewski said it was estimated that auto thefts would lead to $90 million in insurance claims in the province that year.

Statistics Canada would later report that B.C. had the highest rate of auto theft among Canadian provinces in 1996.

The ICBC's Brian Jones told CBC that the total number of reported auto thefts had increased sharply over the previous year — with 14,000 reported thefts in the first six months of the year.

"[It] represents about a 48 per cent increase over last year," Jones said.

Thefts 'getting completely out of hand'

For the viewers at home, Milewski delved a bit deeper into what that number meant.

"Of course, in B.C., everything is growing pretty fast, but 48 per cent in just one year, that suggests that auto theft is getting completely out of hand here and the police are basically admitting that it is," Milewski said.

And while auto theft was evidently easy to pull off — as shown by the screwdriver-wielding Ens — it was also very lucrative.

"A Mercedes can be sent to Asia in a crate, a Honda can be stripped for parts," said Milewski, listing some of the potential fates of stolen vehicles.

Milewski said many stolen vehicles did end up being recovered. But those that were found also tended to need substantial repairs, averaging around $4,000 at that time.