When Alanis Morissette was balancing school and stardom

Alanis Morissette had already sold 100,000 records before she even finished high school.

Alanis Morissette was already a certified pop star in high school, having sold more than 100,000 records before her Grade 12 year was even half-over.

"This is Alanis — the teenage pop surprise of 1991," the CBC's Denise Harrington reported, when profiling the up-and-coming singer for Newsmagazine in November of that year.

And Morissette had warmed up the crowd for Vanilla Ice — then at the peak of his short-lived popularity as a recording artist — when he performed in Ottawa the previous summer.

But that doesn't mean Morissette was already living a superstar's life — far from it, as the Newsmagazine profile would reveal.

Because back then, Morissette was still living at her parents' Ottawa home and relying on her dad to pass on the faxes meant for her, which got sent to him at work. 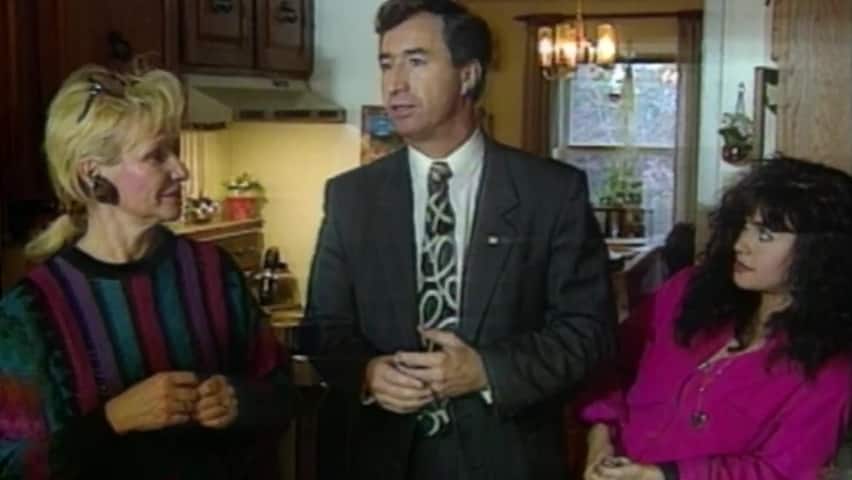 "When did you get this fax, Dad?" the 17-year-old Morissette asked her dad, when CBC's Newsmagazine dropped by the Morissette home in November of 1991.

Alan and Georgia Morissette were trying to keep a close eye on the people who were getting involved in Morissette's life, as the young singer was developing her career.

"We're really kind of enjoying the ride, if you wish," said Alan Morissette. "Our basic purpose is to try to make sure that the right people are surrounding Alanis and that we're being able to choose who those people are." 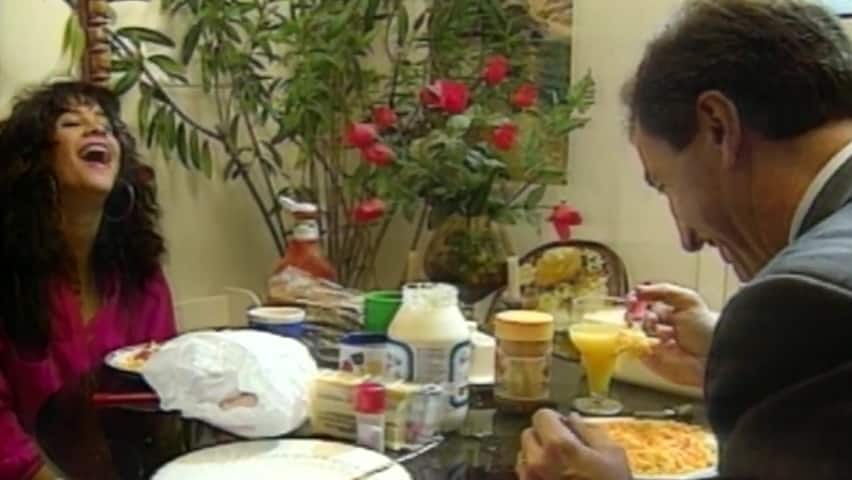 Alanis and her non-stardom life

The Morissettes' soon-to-be very famous daughter was like any other kid in many respects.

After preparing a meal of Kraft Dinner for her dad — "I'm the big gourmet chef" — while CBC cameras were rolling, Alanis Morissette then decided to press her father for permission to head south for the holidays with some high school friends.

"I'm going to Florida for Christmas," she told him, laughing while making her pitch. "Is that OK?"

Her dad laughed, too, before telling her "we'll see."

Despite the stardom she was seeking, Morissette seemed fairly grounded when talking to Newsmagazine about her future.

She was working to graduate high school early, so that she could then focus on her music full-time.

"I'm sure, you know,  there are some people that don't want to see me get ahead anymore," said Morissette, expressing a seemingly realistic view about the fact that her growing fame would not sit well with everyone who knew her.

"The close people that I surround myself with ... they all want the best for me."

Things would work out just fine for her, though, with Morissette continuing to grow as an artist and soon seeing massive commercial success.

In 1995, Morissette's mega-selling Jagged Little Pill was released, making her one of the most famous entertainers in the world. The album and its singles would capture four Grammys as well.