Prices were falling and Canada's big grocers weren't about to fall themselves, which is why they were engaged in a price war in 1981.

In 1981, prices were slashed deeply on hundreds of items at big grocery stores in Ontario 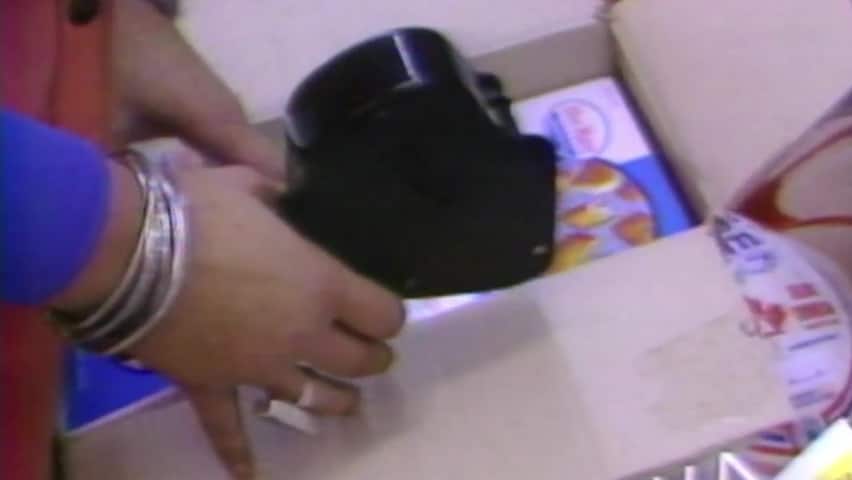 Price war at the grocery store

It was a war taking place in Ontario involving pricing guns that were firing constantly.

The casualties were grocery prices, which were falling sharply at grocery stores.

Thirty-nine years ago, the war was raging because Canada's big grocery chains could not afford to be on the sidelines in the fight for customers in the country's most populous province.

"The opening battle began in the major supermarket chains across Ontario, with Miracle Food Mart taking the offensive," the CBC's David Burt explained on The National on Oct. 28, 1981.

That spurred Loblaws, Dominion and Safeway to act, having learned from similar price-related skirmishes in the past.

"They matched the price cuts, penny for penny," said Burt.

Miracle Mart believed it could sustain a business with lower prices, in part by having slashed the costs of their own operations.

The store was spending less on advertising and making customers bag their own groceries. Surveys suggested bagging by store staff was a frill that shoppers were fine with doing themselves.

"I know that our program is founded on six months of very hard work and planning and that it's funded largely by cost reductions that we have made," said Doug Stewart, then vice president at Miracle Mart.

Over at Loblaws, President Dave Nichol was skeptical of Miracle Mart's strategy.

"I think, in my opinion, they've got a serious sales problem — they're losing customers, they're desperate and they're trying to do something to buy their competitors' customers," he said.

"How are you going to reduce your prices by 18 per cent? I mean, you don't have to be very sophisticated from an economic sense to see that it's economic lunacy."

The customers, for their part, didn't care why the prices were coming down. They just cared about what they could get for their money.

"Any low price is a good concept for a shopper," said a smiling customer who talked to CBC News about the price war.

Another shopper said she was "looking forward for it continuing like this."

But Burt said it was an open question how long the good times would last for grocery shoppers.

Another question was why other chains hadn't tried the same approach if the same savings could be achieved purely through cutting out the frills.