When 75 snow monkeys went on the lam in Quebec

The zookeepers had cotton candy and fruit. They needed it to get back the dozens of Japanese snow monkeys that ran away. 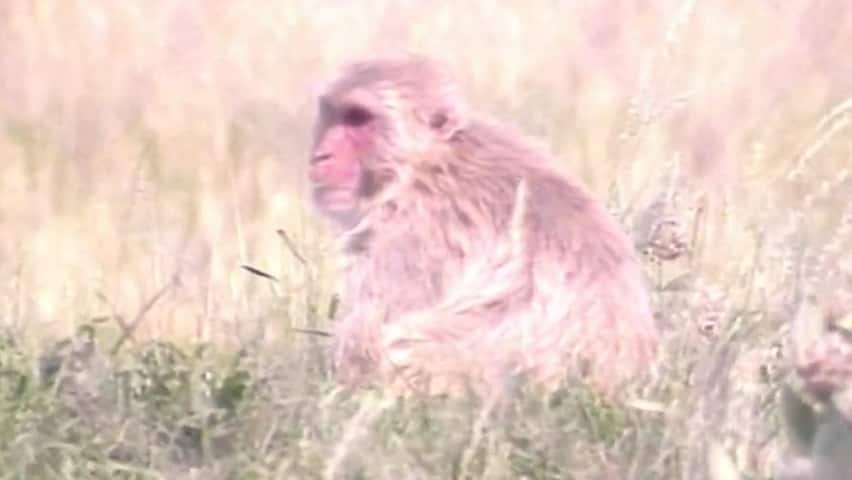 The zookeepers were armed with cotton candy and fruit. They needed it to try to get back the reported 75 Japanese snow monkeys that were out on the lam.

Thirty years ago, the primates had made their escape from the Parc Safari zoo near Hemmingford, Que.

The breakout happened just before the Canada Day long weekend.

"The monkeys got out of their cage through the back door of their night quarters," reporter John Curtin explained to viewers on The National on July 2, a few days after the breakout.

"It had been left ajar by mistake."

Once out, they hit the woods and then headed south toward the U.S. border, which was just a few kilometres away.

"They probably simply wanted to get out and see what was outside their compound," said Parc Safari's Danny Kyle.

He thought they likely "got out, got very excited, got their adrenalin going and simply followed the leader and started running through the woods."

Kyle said the episode had taught zoo officials not to underestimate the intelligence of primates.

The National's report came three days after the monkeys fled the zoo. Forty had been coaxed back that day, according to Curtin. But the reporter said state troopers had spotted seven of the monkeys on the U.S. side of the border.

Days later, the Canadian Press reported that a nine-year-old Hemmingford girl had lured two of the truant snow monkeys to her garage. But at the time that report ran in the Toronto Star on July 9, dozens were still missing.

The Associated Press reported later that month that one of the missing monkeys had died in neighbouring New York state after being hit by a car.