When 30 moose were on the move to Michigan

Thirty moose were moving to Michigan, but it's not as if they were going to be taking the bus to get there.

Canada allowed the animals to be sent south to help U.S. state rebuild its own moose population 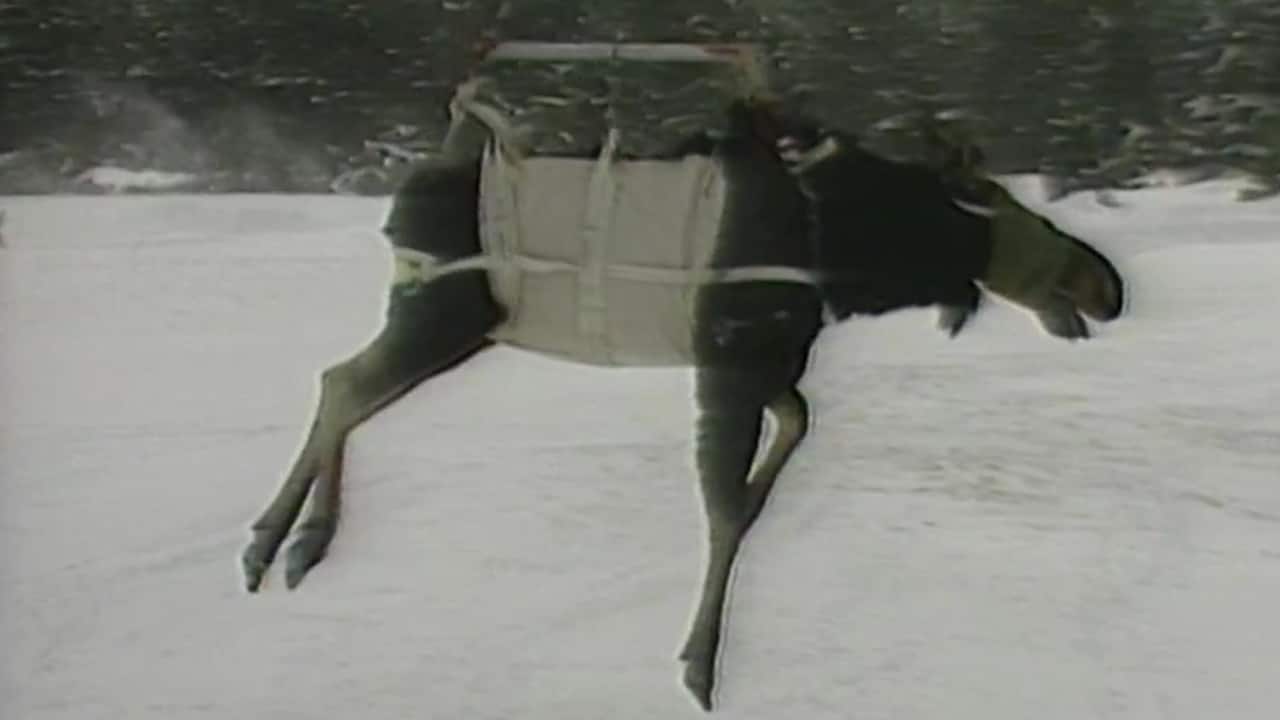 Thirty moose were moving to Michigan, but it's not as if they were going to be taking the bus to get there.

First, there was a helicopter ride, then a trip south by truck.

The National chronicled the journey of one such moose — the first of the 30, in fact — that was heading to a new home south of the border back in 1985.

As the CBC's Dan Bjarnason explained on The National on Jan. 24, 1985, these Ontario moose were going to be sent stateside to help grow the Michigan moose population.

'The 30 emigrants won't be missed'

"The moose come from Ontario's Algonquin Park," Bjarnason said, noting the park had an estimated moose population of 4,000.

Keeping that number in mind, Bjarnason said "the 30 emigrants won't be missed."

George Burgoyne of Natural Resources Michigan said the transfer of moose to the U.S. was just one such occasion in which Canada had helped other nations with conservation efforts in this manner. (A few years earlier, in fact, The National had covered a very similar story involving bald eagles.)

"Canadians have a long history of co-operating with not only us in the United States, but also other countries, and helping out and reintroduc[ing] species that have been in that habitat," Burgoyne told The National.

Bjarnason said each of the south-bound moose would be tagged, so they could be tracked in their new habitat.

The move of the moose didn't come without risk, Bjarnason said, particularly during the winter.

"It's a tricky business, calling for steady nerves and good luck," Bjarnason said, as viewers saw images of a helicopter lifting a moose off the ground.

Bjarnason said it was estimated that 10 per cent of the animals being relocated would not survive that process.

His report, however, ended on a happy note with that same first moose having made it through the journey unscathed.

"There wasn't another moose to be seen for miles, but more are on their way," Bjarnason said.

But there were many journalists recording the moment when that same moose took her first steps into the Michigan wilderness.