Whatever the weather, the Pope drew crowds in 1984

The weather gods didn't smile on Halifax or Toronto for the Pope's visit in 1984, but the faithful came out in large numbers anyway.

'I thank you from all my heart for your perseverance,' John Paul II told worshippers 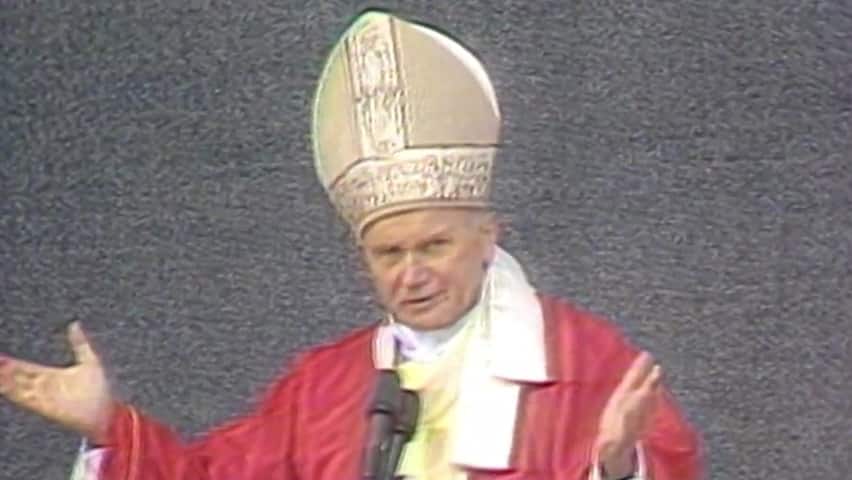 36 years agoVideo
1:16
The Pope praises the perseverance of the faithful who came out to see him despite the unpleasant weather. 1:16

The weather gods didn't smile on Halifax or Toronto for the Pope's visit in 1984, but the faithful came out in large numbers anyway.

On Sept. 14, Halifax played host — and the rain was anything but welcoming.

The camera captured a gust of wind scattering materials assembled at the altar, followed by a spray of rain, as the Pope performed the ceremony.

"In spite of the downpour most stayed, and the Pope thanked them," said the reporter.

The mass over, John Paul II opened his arms to the audience.

"I thank you from all my heart for your perseverance," said the pontiff, and the crowd cheered. 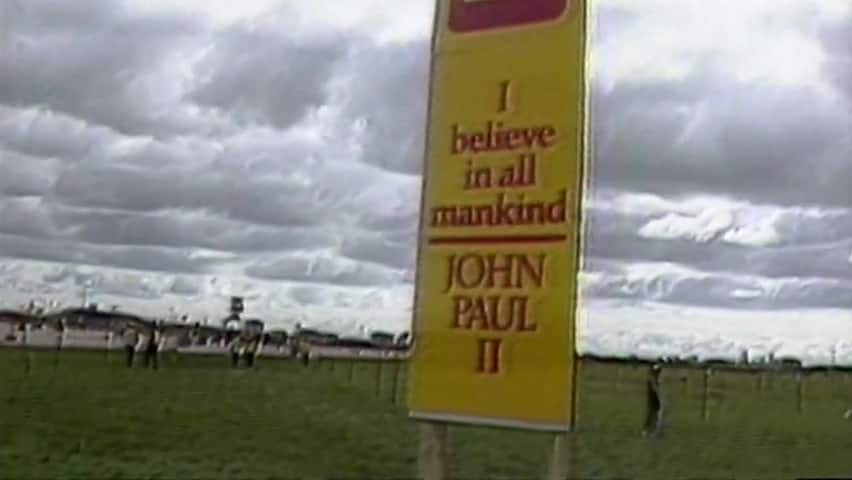 36 years agoVideo
2:51
Organizers plan for everything but rain when the Pope holds Mass at Downsview Park in 1984. 2:51

On the following day, Sept. 15, the Pope held the largest mass of his Canadian visit at Downsview, a Canadian Forces base in north Toronto.

"People started coming during the night, and by dawn the lines went on and on and on," said reporter Dan Bjarnason for The National.

Bjarnason detailed some of the amenities put in place for the occasion: 36 ambulances, 2,400 toilets, and more than 400,000 cheese-on-rye sandwiches.

Worshippers could buy a wide range of goods branded for the occasion, from a $3 cardboard stool to a $175 pendant with a 14-karat-gold chain.

"How many have you sold?" Bjarnason asked as a vendor showed him the necklace in a red velvet box.

"I'm not sure, but I don't think we've sold too many of them," the vendor replied.

If the faithful in Toronto weren't buying, it may have been because they were more concerned with keeping their feet dry.

A thunderstorm had swept through during the night, leaving the site a muddy mess.

"There were scenes that seemed more familiar on a World War One battlefield," said Bjarnason, as the camera showed people walking on slabs of wood to stay off the mud.

As soon as they got near the site, the throngs were enticed by sales people.

"Learn how to recognize the Pope with a mass program!" shouted a vendor.