In 1977, MAD magazine publisher William Gaines talked to CBC's 90 Minutes Live about the workplace culture at the long-running magazine.

In 1977, longtime publisher William Gaines talked to CBC about the magazine's culture and influence

If you ever picked up a copy of MAD magazine, you must have had an inkling that it would be a strange place to work.

And you would be right — if you were to believe some of the stories longtime publisher William Gaines told CBC-TV's 90 Minutes Live about the long-running satirical publication back in 1977.

Gaines talked about the magazine's culture and readership, as well as its influence as a unique part of American pop culture.

The news that the magazine will be disappearing from newsstands has prompted us to take a look back at the 1977 interview.

A strange schedule, a strange magazine 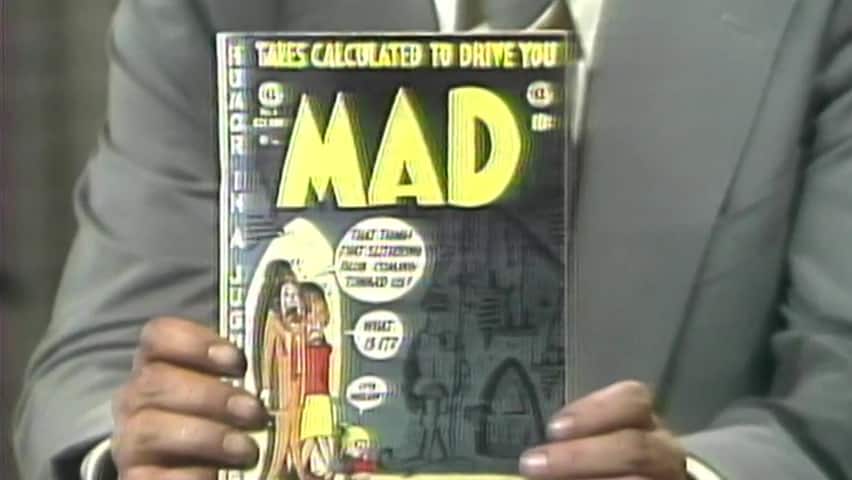 Gaines was publisher when the first issue came out in 1952. Twenty-five years later, he still had the same gig, and the magazine was publishing its 191st issue.

Peter Gzowski, the host of 90 Minutes Live, wanted to know why MAD was then publishing eight issues a year, rather than the typical monthly frequency.

"I don't know, it just seemed a nice number — I thought 12 was too many and six wasn't enough, so we do it eight," Gaines said.

Gaines talked with pride about the team that put together MAD — frequently referred to as "the usual gang of idiots."

"I have the most wonderful creative staff in the world," he said.

"From editor Al Feldstein, down through the associate editors, art department, production men and my incredible writers and artists," Gaines added, noting that many of those same staffers also worked on projects for TV, movies and other aspects of the entertainment industry.

The publisher said he tried to make MAD a place where people wanted to come to work.

"I make things so pleasant that they work here cheaply," he said. 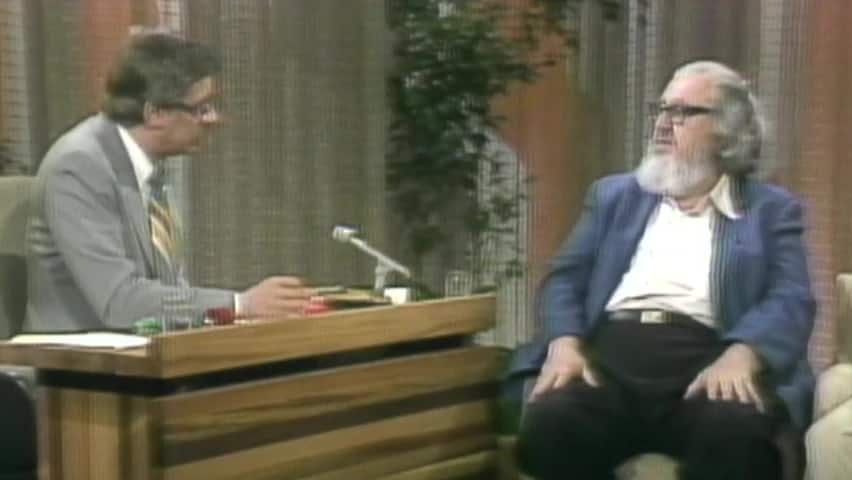 44 years agoVideo
0:49
MAD magazine publisher William Gaines explains why the details on the readership were a bit sketchy. 0:49

Who actually read the magazine? According to Gaines, no one knew for sure.

"But we suspect that it's largely teenagers."

The publisher said the magazine seemed to be attracting increasingly younger readers — some as young as 10. Gaines said there was never a plan to target teenagers.

"We never write down to our readers and maybe that's why it's successful," said Gaines. "We're writing for adults."

He said "the U.S. and Canadian edition" was then selling "about 2 million" copies each issue.

MAD magazine would remain ad-free for much of its history. It did not include advertisements in the publication until 2001, according to The Associated Press.

Wine in the water cooler? 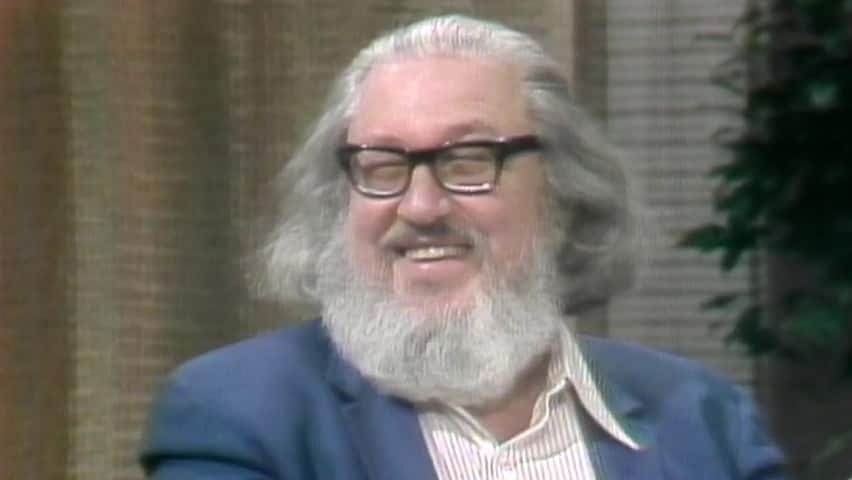 White wine in the water cooler?

Gzowski wanted to know if it was true that Gaines liked to fill the water cooler with white wine to watch everybody "get hammered during the afternoon."

"I only did that once, Peter," Gaines admitted.

"But you did do that once?" Gzowski pressed.

"I did do it once," Gaines said, laughing as he recalled the memory.