Canadian audiences didn't laugh as hard but "clapped like crazy" at the end of Second City shows, the American comic actor said in 1981. 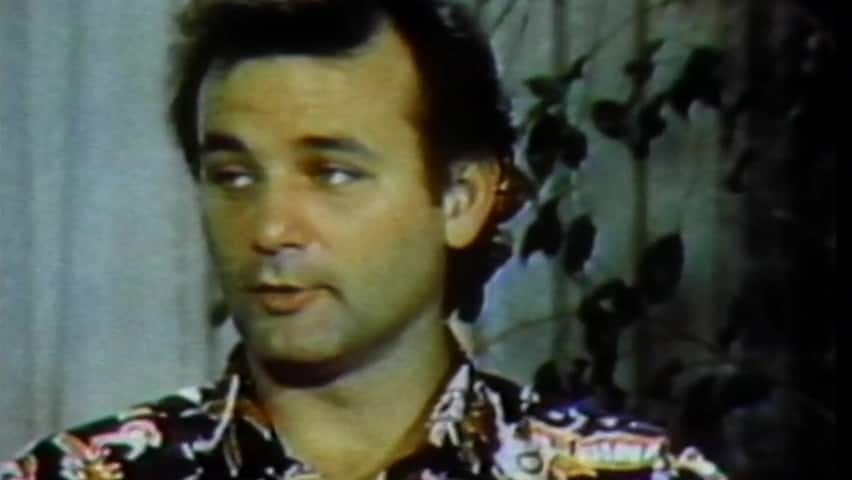 Comic actor Bill Murray was already well-known when he turned up on CBC's McLean at Large in 1981 to promote his latest movie, Stripes.

Besides his work with the sketch comedy show Saturday Night Live, he had starred in movies including Meatballs and Caddyshack.

He attributed his versatility as an actor to his early experiences in improv comedy with Chicago's Second City.

"The Second City training is the best you can get," the actor told the CBC's Bob McLean on Sept. 30, 1981. "When you have to improvise almost every night, you have to be able to do almost anything."

McLean noted the work Murray had done with the likes of Canadian comedian John Candy and director Ivan Reitman."Is there a Canadian style of humour?" he asked.

"There's a Canadian conspiracy," replied Murray, smiling. "And they're about to be wiped out. We're on to them now."

Murray went on to describe Canadian humour as "drier" and recalled his time performing before Canadian audiences.

"I worked at the Second City in Toronto for six weeks," he said. "I could never understand: they didn't laugh as much, but they clapped like crazy at the end."

"And they're sillier. They're definitely sillier," he said. "They just like sillier comedy... they're daffier. They're wackier."