There was a new way to shop in January 1987 -- and it meant you didn't even have to leave home. 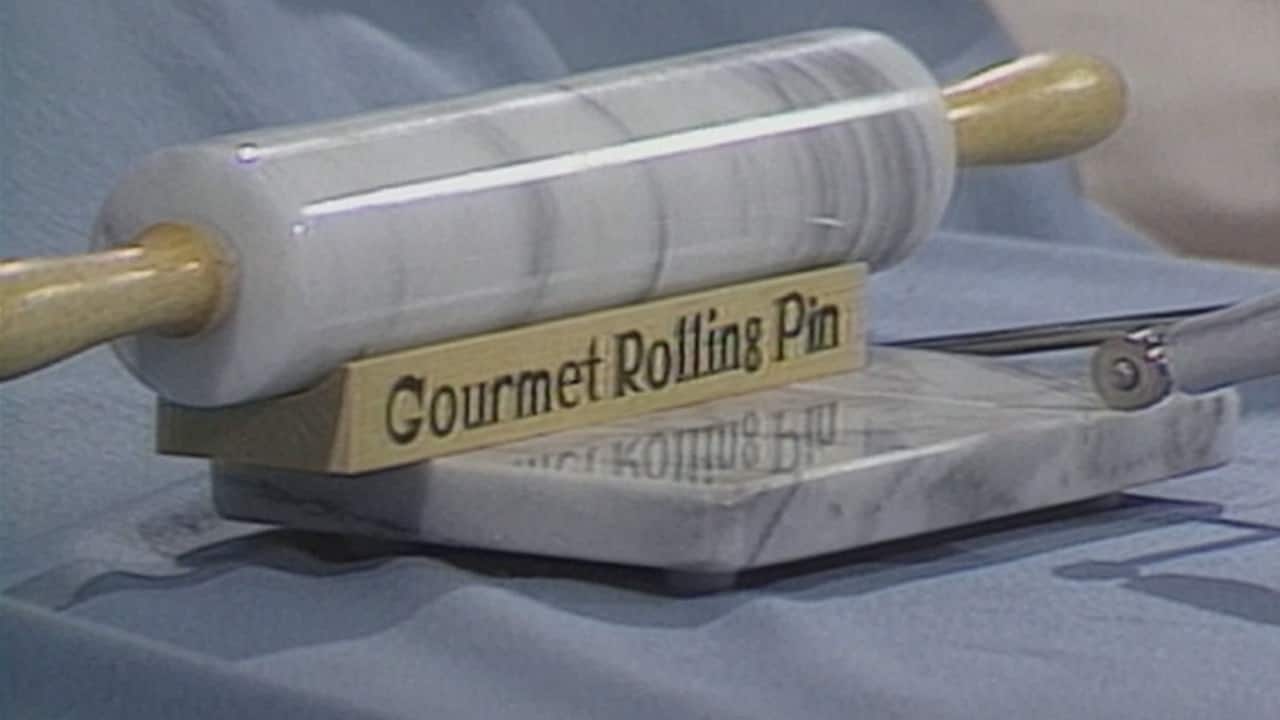 There was a new way to shop in January 1987 — and it meant you didn't even have to leave home.

"It's the Home Shopping Club, carried free on almost 100 cable systems around the country," said Knowlton Nash, host of CBC's The National, in January 1987.

To join the club, all you needed was "a television and a telephone," said Nash.

In the United States, home shopping via TV had generated "half a billion dollars" in sales, he added.

"Viewers were intrigued, but not overwhelmed," said reporter Claude Adams, as a group was seen carefully watching a television in what he described as a "home for senior citizens."

But Winnipeg's Marc Bergeron was more blunt in his assessment, describing what he'd seen on the channel as "something very junky."

"Hundreds" of Canadians had found the wares more appealing and bought things ranging from jewelry to a "gourmet rolling pin" and a teddy bear.

"Even a bible that came with good reviews," said Adams, as a white bible with gold lettering and a depiction of Jesus Christ on the cover was shown.

"This is a very, very nice book, it really is," said a voice pitching the bible. "There's lots of interesting stories in it."

Viewers saw only the products on-screen, pointed out Adams, while the CBC camera showed some scenes of the club's crew at work.

The "show" ran 14 hours a day, seven days a week, and was aimed "directly at the impulse buyer," according to Adams. He said the cable channel reached "more than a million and a half" Canadian homes.

"Would you like a heated ice scraper?" asked John Goldberg, president of the company. He shrugged. "I don't know, I guess you don't really need it. It's not a bad thing to have."

Even though consumer and retail analysts seemed skeptical, warning the combination of credit card and telephone could "really be deadly," the channel's management was pleased with the first day's performance.

"They said they didn't have enough operators to take all the calls," said Adams.