The young Wayne Gretzky was already the Great One

Even when Wayne Gretzky was young, he was still the Great One -- even if he wasn't called that yet.

Every time we heard about Gretzky back in the day, he was impressing us somehow

Home movies, shown in the video below, show glimpses of the superstar-to-be. Gretzky can be seen skating past other players, scoring goal after goal — honing the skills he would use in the NHL.

"I enjoyed it," he added. "What I enjoyed doing was to skate all afternoon. That's what I wanted to do, so I did it."

41 years ago
Duration 1:53
Wayne Gretzky talks about honing his hockey skills from a young age.

At age 13, he was interviewed on CBC Radio, during a season in which he had scored a jaw-dropping 178 goals.

Yet, somehow, he was still modest about his chances to go pro.

"All I can say is that I hope [I will]," said Gretzky, noting that he'd also enjoy being a baseball player.

A few years later, at age 17, Gretzky would turn pro, after signing a $1.75-million contract. And again, he ended up on CBC Radio talking about his career.

"This is what I wanted to do and when it came down to the actual moment to sign, I was a little bit hesitant — nervous to sign, that kind of thing," he told As It Happens, in an interview that can be heard below. 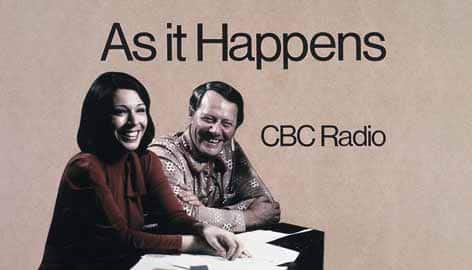 Asked why he was turning pro so young, Gretzky had several reasons including that he could make more money than he could in minor hockey and he would reduce the risk of a career-ending injury before he made it to the pros.

By 1978, Gretzky was the youngest member of the pre-NHL Edmonton Oilers. But any age difference didn't faze the future Hall of Famer.

44 years ago
Duration 1:43
Wayne Gretzky is nicknamed "the kid."

"At the rink and in the dressing room, they treat me as one of the players, just like anyone else," Gretzky tells CBC News, in the interview seen above.

A year later, the Oilers would join the NHL, meaning Gretzky would, too.

It was the beginning of a career unlike any that came before it.

Gretzky would go on to win four Stanley Cups and set dozens of records. Nearly two decades after his retirement, he remains the all-time leader in goals, points and assists.