The snowstorm that made some Calgarians smile and others scowl

In 1987, Calgary was dealing with winter in the middle of November — and not everyone welcomed the early seasonal preview. 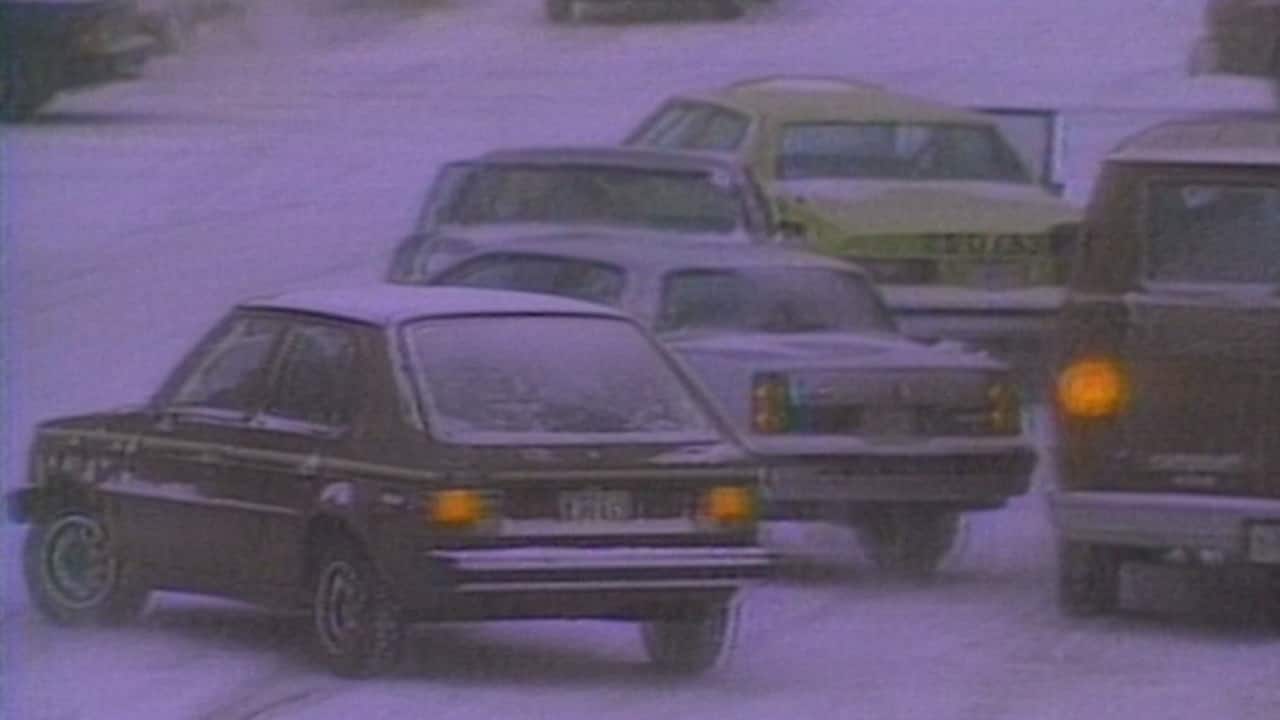 The biggest city in Alberta was dealing with winter in the middle of November — and not everyone welcomed the early seasonal preview.

"Calgary's first major snowstorm of the season today brought smiles to some people, but scowls to others," news anchor Knowlton Nash told viewers watching the end of The National on Nov. 16, 1987.

Footage of cars sliding down snow-covered roads and colliding with others under "fender-bending bad" conditions, gave Nash the setup for his wrap on the storm occurring in the city that would soon host the Olympics.

"Cars were doing what people will be doing at the Olympic Games in three months' time — skiing," Nash said, and organizers of the Games were "pleased by the blizzard."

"And with the streets like skating rinks, just about everybody found it difficult to get along," he added, as viewers saw footage of the wheels going out from under a man trying to ride his bicycle in the snow.