The senator, his moped, his complaint and the Ottawa police

In 1984, a senator tried to file a complaint about a driver's conduct at an Ottawa police station and ended up being charged with trespassing ... at the station.

When Sen. Peter Stollery didn't leave police station, he was charged with trespassing 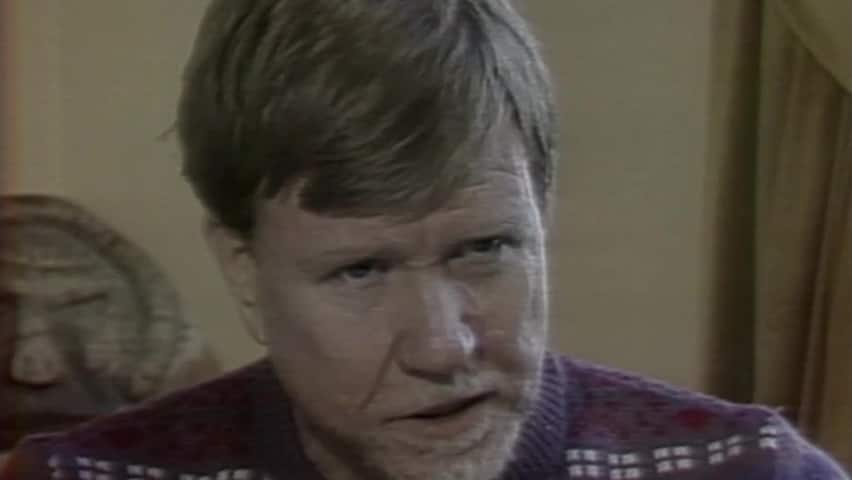 Senator Stollery and the Ottawa police

37 years ago
1:41
Senator Peter Stollery was outraged by the way police treated him when he tried to file a complaint about a motorist's bad behaviour. 1:41

The senator fought the law and the law won — at least, initially.

The conflict involved Senator Peter Stollery, a complaint he wanted to file about a driver and the Ottawa police.

On Feb. 16, 1984, Stollery was driving his moped when he had an interaction with a taxicab that he alleged tried to run him over. According to media reports, he was en route to a dinner party at that time.

In the early hours of Feb. 17, the senator tried to contact the police about the taxi driver.

"He phoned the Ottawa police, but says he wasn't taken seriously. So, he showed up in person," the CBC's Jason Moscovitz told viewers of The National, when explaining the series of events that unfolded.

At the police station on Ottawa's Elgin Street, however, Stollery was not successful in registering his complaint about the taxi driver.

"A very short conversation takes place — not a loud one, or anything like that, because within a couple of minutes of me actually coming in the door, I'm being hustled off to the cells for trespassing in the police station," Stollery told CBC News, hours after he had been released.

The police department claimed Stollery had been asked to leave six times.

"I reject that. They did no such thing," Stollery said. "But secondly ... so what, if they did, can you just throw somebody in jail if they don't leave the public area of a police station? I wasn't in an area that was restricted or anything like that, I was just inside the door."

Stollery ended up being charged with trespassing. He was outraged.

"I'm going to nail those bastards if I can, you know," Stollery said during a telephone conversation about the situation that occurred as Moscovitz was speaking to him.

The National reported that police weren't commenting on the case at that time, as it was before the courts.

In May of that year, a justice of the peace convicted Stollery of trespassing. But the senator appealed that conviction and it was subsequently overturned in a provincial court that December.

As the CBC's Mike Pietrus reported, the judge "ruled Stollery had a right to be in the reception area of the police station." 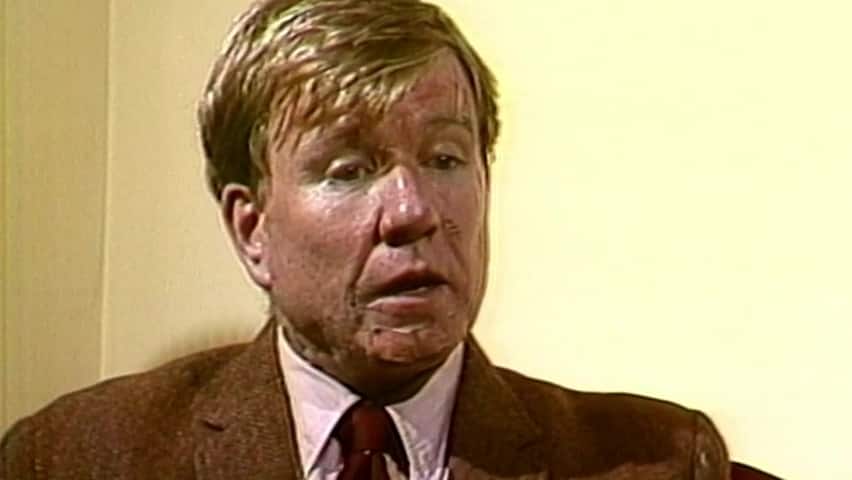 36 years ago
0:48
A trespassing charge against Senator Peter Stollery was overturned in December of 1984. 0:48

Stollery saw it as a win for anyone who could find themselves in the same situation in future.

"I think it represents a victory ... for your rights as a citizen," he told CBC News.