The PXL 2000 was a video camera just for kids

For $200, kids could explore the craft of filmmaking with a device that recorded on an audio cassette. 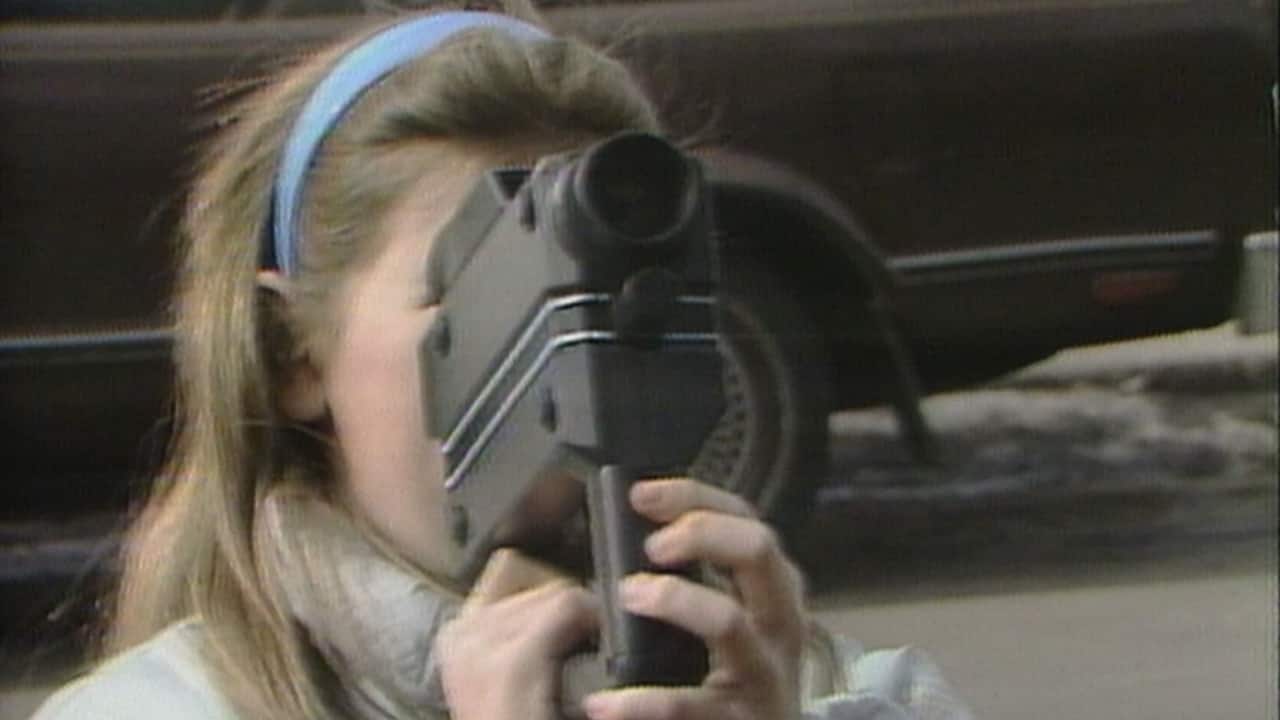 The video camera for kids

For $200, 1980s kids could explore the craft of filmmaking with a device that recorded on an audio cassette.

It was made possible by a company that was well known for making toys.

"The wizards at Fisher-Price have simplified video technology so any child seven or older can be a director and a camera person," said Peter Downie of CBC's Midday on March 3, 1987.

The camera, called the PXL 2000, was slated for release in Canada that fall. But a tester got a chance to try it out and share her impressions.

The toy was nicknamed Pixelvision "after the pixels or dots that form the image on the screen," according to Reuters.

"OK, Dad," said a girl who was holding one such camera and directing a man as he descended the stairs outside a home.

Fisher-Price had unveiled the camera at toy fairs in Canada and the U.S. in February 1987.

The lightweight camera was made of "child-proof plastic" and had a built-in microphone with sound level, lighting and focus features that were all preset. It was powered by six AA batteries.

But perhaps what most set the camera apart from conventional video recorders of the period was the recording medium: an audio cassette.

"A 90-minute cassette will record 11 minutes of action," said Downie.

"What's that button for?" asked the subject of the video as he and his director prepared to screen it.

It could be plugged into any TV for viewing purposes. And according to the Toronto Star, a "deluxe system" included a 4.5-inch miniature TV for playback.

"Oh my goodness, look at that," said the unnamed father as he watched the black-and-white results. "What a moviemaker."

The PXL 2000 was projected to cost $200, "battery and cassettes not included," noted Downie.