The premier and the pocketful of pot he said wasn't his

In 1984, a month after the RCMP found marijuana in a suitcase belonging to New Brunswick premier Richard Hatfield, he told a press conference he didn't put it there.

RCMP found a 35-gram bag of marijuana, but Richard Hatfield said he didn't know anything about it 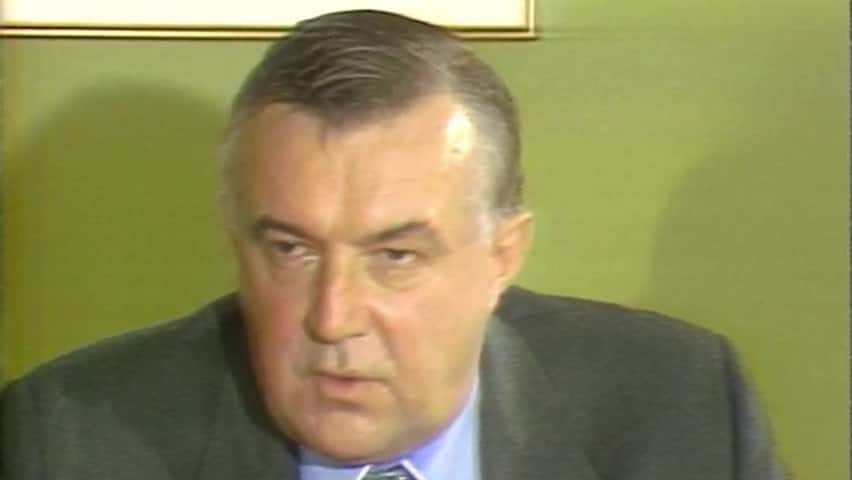 There was marijuana in the luggage of the New Brunswick premier, but he said he didn't put it there.

"Premier Richard Hatfield of New Brunswick has admitted he's under investigation by the RCMP," said Knowlton Nash, leading off The National for Oct. 22, 1984.

"It's because the Mounties found some marijuana in his luggage."

The pot had been discovered while Hatfield was travelling with the Queen.

Pot on the royal plane

Just under a month earlier, the Queen had been visiting the province during a trip to Canada that also took her to parts of Ontario and Manitoba.

"The Queen was leaving for a short flight to Moncton," explained reporter Jim Sunstrum. "The RCMP regularly search all luggage going on to the royal plane, and for this trip that included the luggage of premier Richard Hatfield."

The Mounties were looking for explosives.

"But, to their surprise, when they checked Hatfield's suitcase they found a bag of marijuana," said Sunstrum.

The clicking of cameras was the only sound in the room as Hatfield held a press conference.

"Two days following the departure of Her Majesty the Queen ... two officials from the RCMP called on me and informed me that a package was found in a pocket on the outside pocket of my suitcase," said Hatfield.

"Following an analysis it was determined that package contained marijuana."

Hatfield explained that he had told the RCMP the marijuana didn't belong to him.

"Obviously, I do not know how it got there," he said.

Hatfield said no charges had been laid, but that he'd hired a lawyer to defend his reputation.

According to the Globe and Mail, he was served a summons four days later to appear in court on a charge of possession of marijuana.

Later that day, he announced he was continuing in his role as premier of New Brunswick, a position he had held for 14 years.

In rendering his decision, the judge in the case speculated aloud that a member of the press had planted the 35-gram bag of marijuana to create "the juiciest story ever to crack the media," according to the Globe and Mail.