The Montrealers who got a 'thrill' from growing their own vegetables

Hundreds of Montrealers must have figured the sweat equity would be worth it, as they tended to their vegetable plots in the summer of 1982.

Community gardens were a hot trend in Montreal in 1982, as families sowed seeds and saved money 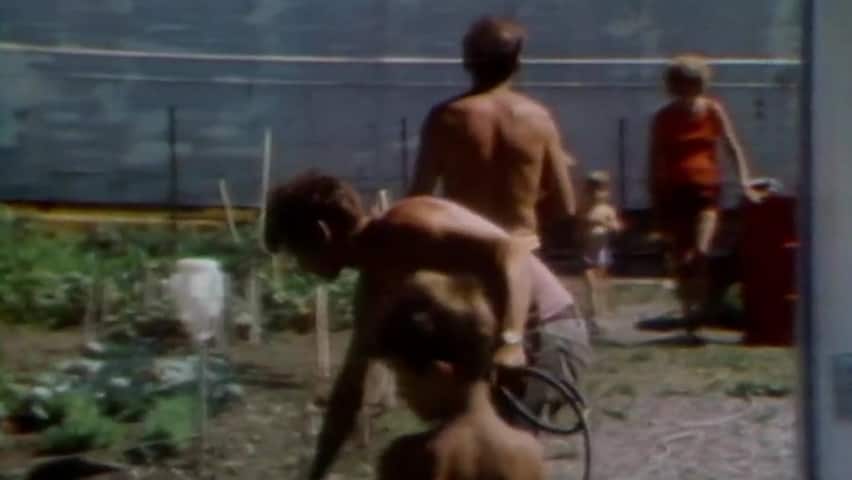 38 years ago
1:45
In 1982, The National visits a community garden in Montreal's Little Burgundy neighbourhood. 1:45

Hundreds of Montrealers must have figured the sweat equity would be worth it, as they tended to their vegetable plots in local community gardens during the summer of 1982.

The CBC's Don Macpherson visited one of those gardens in the city's Little Burgundy district, where parents and their children were busy working on their plots.

"This year, there are twice as many families gardening here as there were last year," Macpherson told viewers tuning into The National on Aug. 2, 1982.

As Macpherson explained, the city provided the land, the tools to garden and the fertilizer needed to make the crops grow.

That made growing their own produce an attractive proposition for anybody who was willing to do the work, as no other costs were involved.

For Josephine Harvey, a married mother of a five-year-old boy, there was a certain level of satisfaction in seeing the final product emerge in those gardens.

"Especially when you go and pick a nice fresh tomato, fresh carrots …  you know that you're the one that just picked them," she told CBC News.

"But at the market, even though they're fresh, you know, you don't have the same thrill at all."

Macpherson said more than 5,000 families were working on community gardens that year in Montreal, as he planted the setup for an absolute groaner of a gardening pun.

"With 500 more families going back to the land each year, the idea of a community gardens is likely to keep on growing," he said at the closing of his report.