The great North America blackout of 2003

More than 50 million people went without electricity after a massive power outage crippled grids in Ontario and the eastern United States in August 2003. 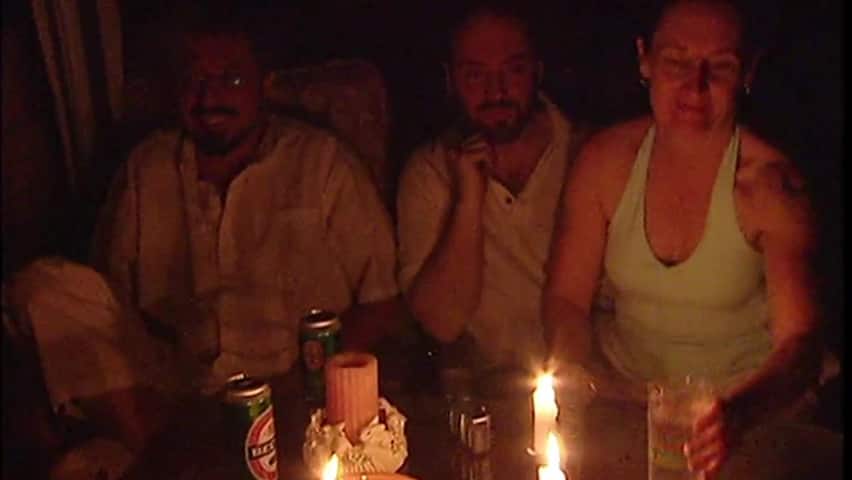 17 years agoVideo
4:39
A sudden blackout in parts of Canada and the United States affects up to 50 million people. 4:39

Shortly after 4 p.m. ET on Aug. 14, 2003, more than 50 million North Americans found themselves without power.

Toronto — along with number of cities including New York, Cleveland and Ottawa — came to a standstill as traffic lights, office buildings, the subway and the airport shut down. The blackout extended over 24,000 square kilometres, from Chicago all the way over to and down the Atlantic coast, including most of Ontario.

A subsequent report on the causes of the blackout blamed Ohio-based FirstEnergy Corporation. After coming in contact with some overgrown trees, power lines from a FirstEnergy generating plant in a suburb of Cleveland had shut down.

A technical glitch meant the proper alarms didn't show up on their control system, so FirstEnergy wasn't able to react or warn anyone else until it was too late. A cascading effect ensued, and in the end, more than 100 power plants in Ontario and the northeastern U.S. had shut down. 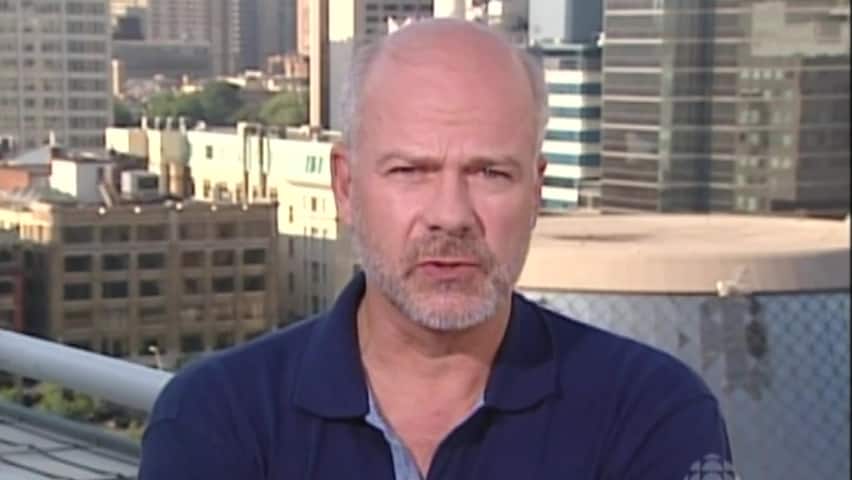 Peter Mansbridge reports on the 2003 blackout

17 years agoVideo
3:35
An unshaven Peter Mansbridge describes his drive into Toronto after a widespread power outage. 3:35

In Canada, the power outage affected most of Ontario including Toronto, Ottawa, Kingston, Sudbury, Kitchener, London and Windsor. 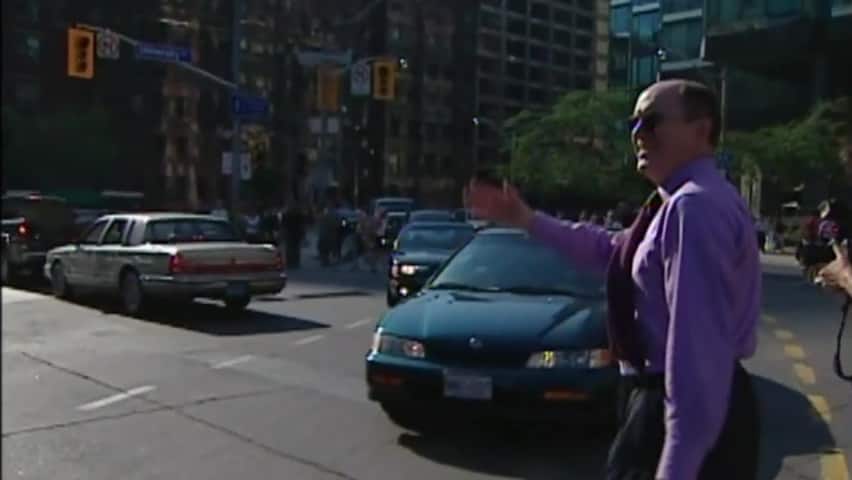 Commuter chaos during the 2003 blackout 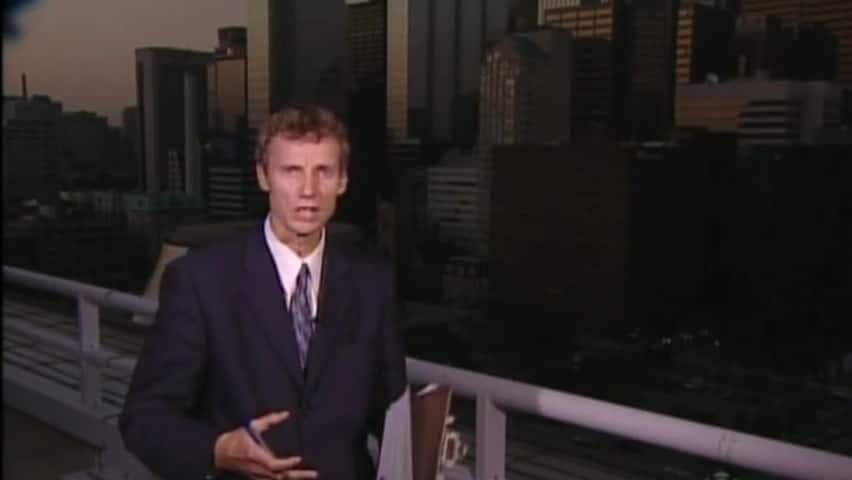 The 2003 blackout was short-lived and power was restored in most regions the next day.

Quebec was not affected because its power supply was not part of the Lake Erie transmission loop, a system of lines that circled Lake Erie.