The Blue Jays came very close to making the World Series in 1985. But, you know -- they didn't.

Toronto went up 3-1 in series with Kansas City, but couldn't make it to the World Series 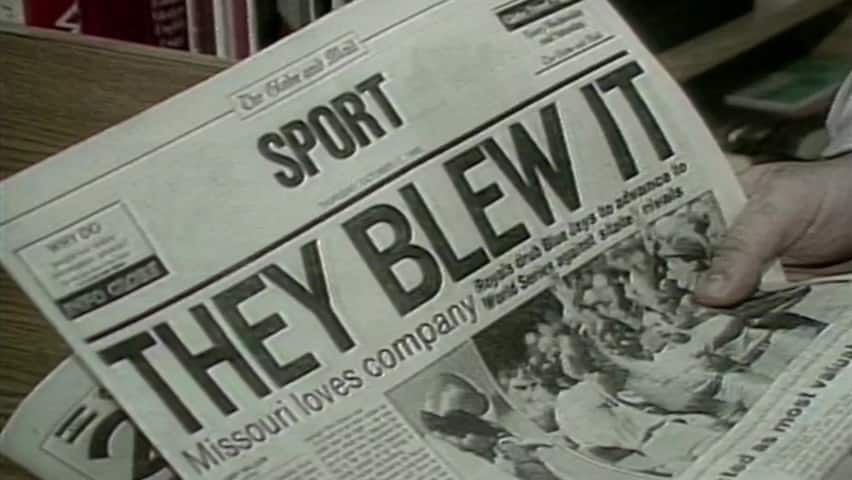 No World Series play for the Blue Jays

The final loss of the 1985 Blue Jays season didn't feel any better a day later.

Worse still, it was hard to argue with that sentiment — even though the Globe and Mail got lots of complaints about that particular turn of phrase.

"Nobody wanted to read that story in the paper," said Paul Palango, the paper's sports editor, when describing the headline that summed up the sad end to the season.

"No one wanted to be told they blew it."

Not quite a 'Royal Flush'

The Blue Jays had built a 3-1 lead in a best-of-seven series, but failed to nail that fourth and final win against the Kansas City Royals.

"This was our chance. We were going to make history with this one," said one fan, describing what had the Jays and their fans had lost to the Royals (along with their first-ever World Series berth).

So all those T-shirts that said "Royal Flush"? They weren't going to be a popular pickup.

"Everything was just going fantastic until yesterday afternoon," said George Groot, a manager at a downtown Foot Locker store who was pictured on screen beside those same shirts that weren't going to be flying off the racks.

"And then everybody was ready for the game and well, we know what happened from there."

The Jays had gone into the playoffs as the presumed favourites, having won more games than any other American League team that season.

The day after their playoff exit, Tom Cheek, the team's radio broadcaster, spoke to CBC's Midday about what happened on the field. 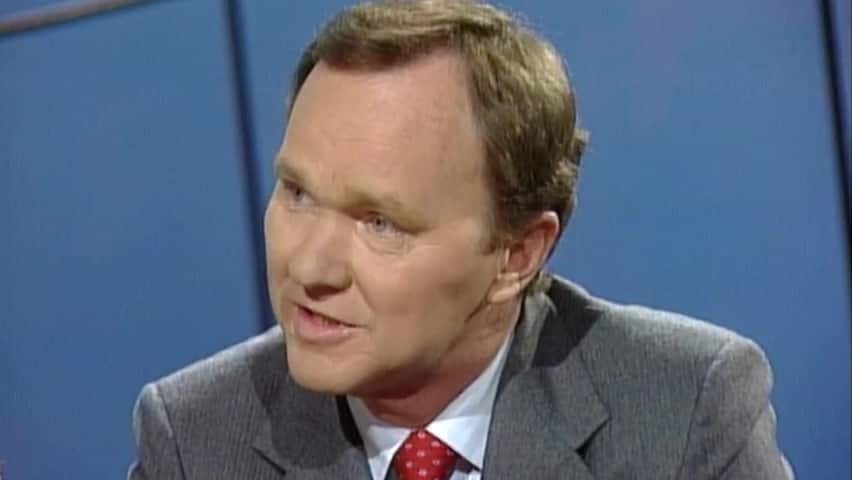 The reasons the Blue Jays lost

35 years ago
1:31
John Robertson and Tom Cheek discuss the reasons behind the Blue Jays' departure from the post-season in 1985. 1:31

He said it had been wrong to label the Blue Jays as the expected winners and the proof was in their inability to close out that final win they needed to get to the World Series.

"When you can't win one out of three ballgames, then as [Blue Jays outfielder] Jesse Barfield so aptly put it, you really don't deserve to be there," Cheek told Midday.

The month of October didn't get any better for Blue Jays fans: The Royals went on to win the World Series.

As for the Jays? They wouldn't make it back to the post-season for another four years.