The deadly hotel bombing that Margaret Thatcher survived 35 years ago

Thirty-five years ago, a bomb went off to deadly effect at a hotel in Brighton, England, where members of Britain's Conservative Party were gathered for a party conference. 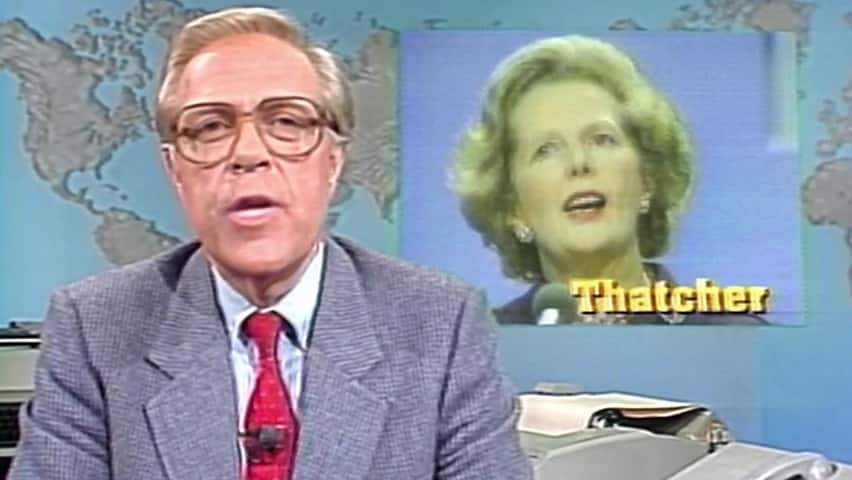 The 1984 bombing in Brighton, England

Thirty-five years ago, a bomb went off to deadly effect at a hotel in Brighton, England, where members of Britain's Conservative Party were gathered for a party conference.

British Prime Minister Margaret Thatcher was among those inside the Grand Hotel when the bomb went off just before 3 a.m., local time, on Oct. 12, 1984.

Thatcher and the other members of her government were the targets of the gelignite bomb placed within the hotel by the Irish Republican Army.

When the bomb went off, it ripped a hole through several storeys of the 120-year-old building, in which the prime minister and her cabinet were staying.

"The British prime minister barely escaped death as six floors of a Brighton hotel crashed down on her suite," Knowlton Nash told viewers on The National that night.

"Others weren't so lucky," Nash continued, bringing Canadian viewers up to speed at the top of the newscast.

"One of her MPs, Sir Anthony Berry, was killed in the devastating bomb attack. Three more died, another 30 were injured. The IRA says it was responsible."

The bomb blast would actually claim five lives and injure more than 30 others. 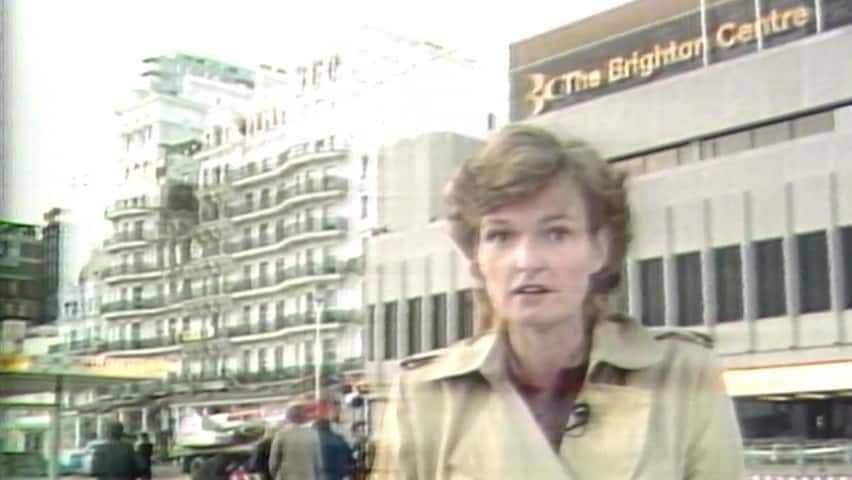 The Brighton bombing: How did it happen?

36 years agoVideo
0:22
The CBC's Ann MacMillan sums up the key questions that needed to be answered in the wake of the bombing in Brighton, England. 0:22

Five years earlier, the CBC had reported on the death of Lord Louis Mountbatten, who had been killed by an IRA bomb.

The National's Dan Bjarnason had, in 1979, described the deadly attack on Mountbatten as "the single most stunning, outrageous incident" that the Irish militant group had ever undertaken.

The 1984 attack in Brighton prompted the CBC's Brian Stewart to provide a similar assessment of what had occurred.

"It was the most daring IRA attack ever here and it came close to wiping out most of the British cabinet," Stewart told viewers, as images of rescuers working to reach the injured were shown on the screen.

Stephen Day, a Conservative party member and future MP, described feeling the hotel crashing down from directly above him.

"Just masonry, what felt to be tons of masonry falling on you," he told reporters from his hospital bed.

"I just felt like I was pinned down, I couldn't move — [but] I could actually."

Thatcher and other top British government members had already been assigned increased security ahead of the bombing, as a result of ongoing threats related to the IRA.

Yet that extra protection had not been able to stop the Brighton attack. And that raised many questions about how it had been able to occur.

The British prime minister and her husband were in their hotel room when the bomb exploded. Both of them lived.

"We were very lucky," Thatcher would tell reporters. 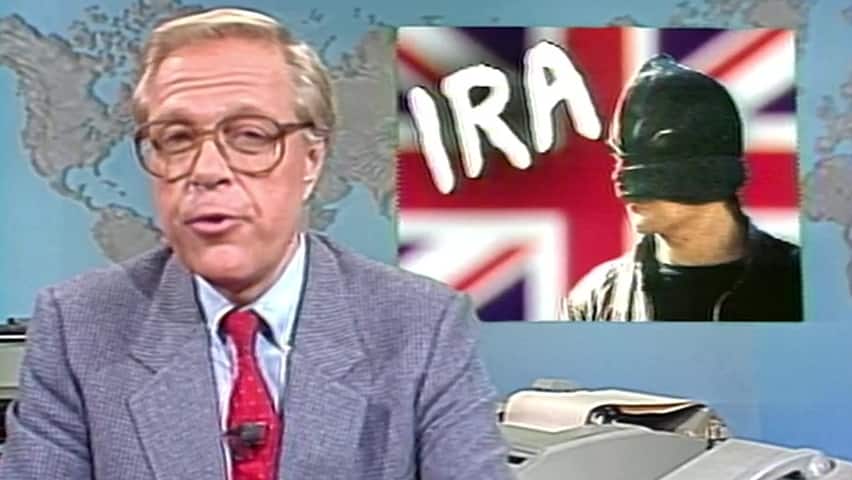 The IRA on the Margaret Thatcher attack

Her words would seemingly be echoed in a chilling message from the IRA, when issuing comment on the attack in Brighton.