Believe it or not, some kids who went trick-or-treating were greeted by horror legend Vincent Price at his door back in the day.

And it was a bit anti-climactic to find out ... he simply handed out candy on October 31 each year 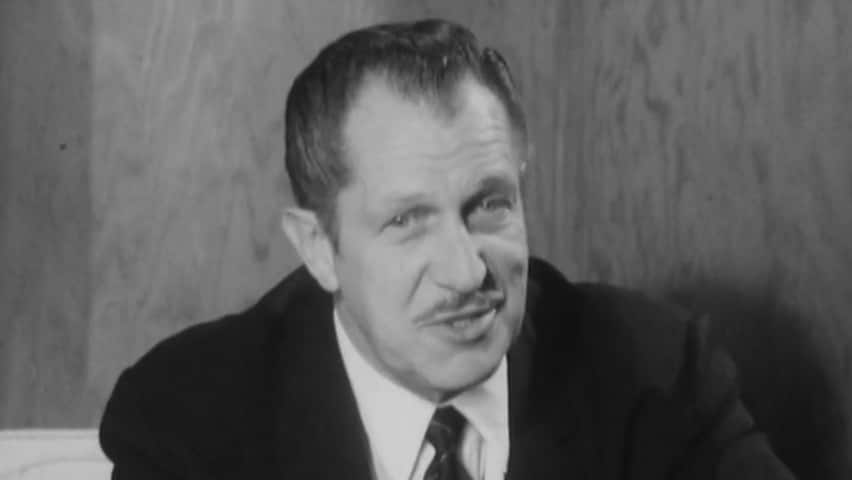 It's hard to say what it would be like to encounter Vincent Price while trick-or-treating.

But you could imagine a moment involving a loud, creaky front door, spooky pipe organ music playing in the background, shrieks being heard in the distance and a quotation from The Raven.

Though from what the horror icon told CBC News back in October of 1963, Price had a pretty normal Halloween routine at his house.

"I stand by the door with a large sack full of jelly beans and candy ready to get rid of to the kids," said Price.

The actor was also asked about his tendency to "ham it up" in horror pictures, a description Price gently disagreed with.

"I don't think that's so bad. As a matter of fact, most of the horror pictures I've made have been based on the writings of one of the greatest American writers, Edgar Allan Poe," said Price.

"And they are, shall we say, baroque. I wouldn't quite say they were hammy."

Toronto traffic? That was scary

Price, who was interviewed in Toronto, was also asked if he found "anything particularly scary" in the city.

"That's scary all over the world. Of course, I come from Los Angeles where we invented it, so I don't know why I should be scared by Toronto traffic except there's something pretty frightening about that way in from the airport."

The brief piece that aired also saw Price take part in a gag involving fake fangs and an allusion to some of his prior work.