The Progressive Conservatives provided as many votes from their side as they could, but it wasn't enough to avert a vote of non-confidence and defeat. 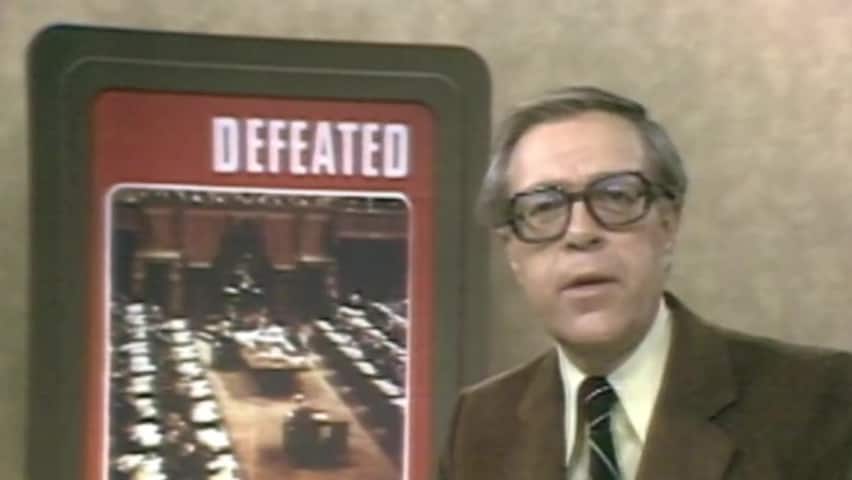 The fall of Joe Clark's government

The Progressive Conservatives provided as many votes from their side as they could, but it wasn't enough to avert defeat on Dec. 13, 1979.

Somehow, the Tories found themselves in the position of having to convince Canadians to return them to power after governing as a minority for just a half-year.

"By their action tonight, the opposition parties are saying that Canadians were wrong to make that decision."

Clark's government had fallen on a motion of non-confidence on its budget by a vote of 139-133.

The Liberals and New Democrats had voted in favour of bringing down the government, while the Social Credit members had chosen to abstain. 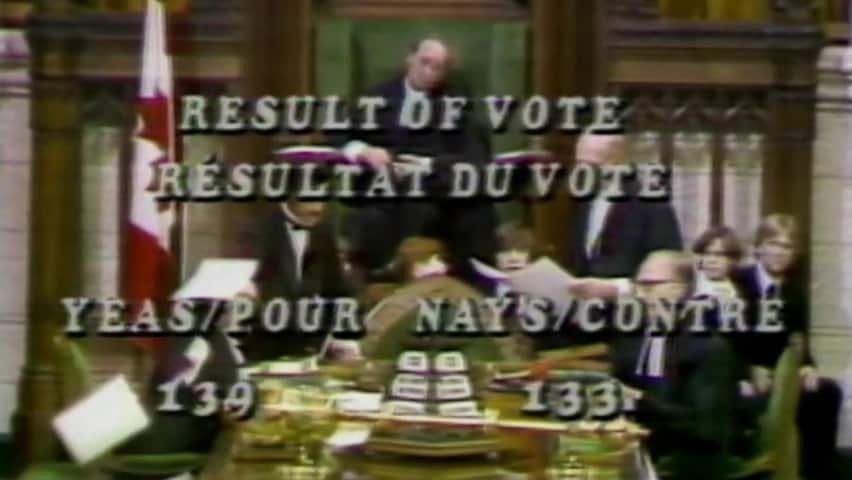 The Tories didn't have the votes because they did not have a majority standing in the legislature.

They also were down three members that day — Flora MacDonald, the Secretary of State for External Affairs, was in Europe, another Tory MP was in New Zealand and a third caucus member was in hospital.

Some government members were livid at seeing their party — and their fellow Canadians — forced into another election.

How will voters react? 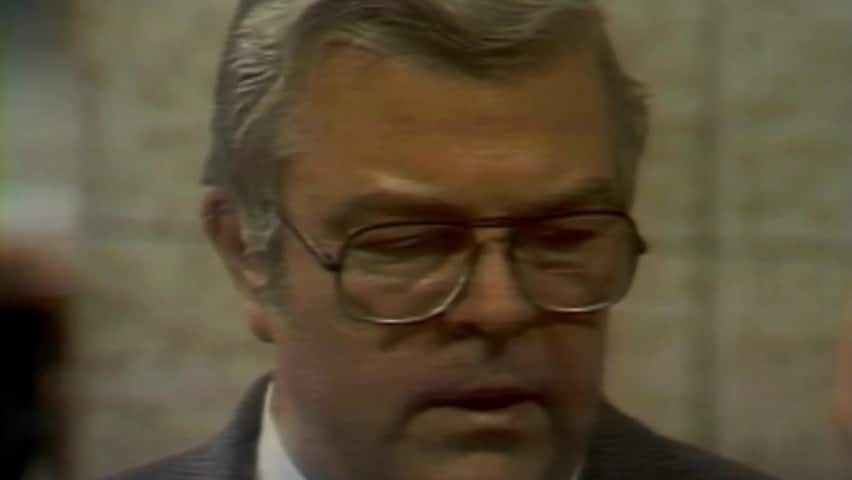 41 years agoVideo
1:12
The parties had their messages ready for the media following the vote that toppled Joe Clark's government. 1:12

Heward Grafftey, the PC member serving as the minister of state for science and technology, charged that "Mr. Trudeau and his Liberals have put their party before country."

The coming election would cost Grafftey, an MP with more than two decades' experience, his job. Despite future comeback attempts, he would never be elected to Parliament again.

"There's going to be revulsion at the avidity for power, at the lust for power, displayed by the Liberal opposition," said Finance Minister John Crosbie, an MP from Newfoundland and Labrador.

"The people of Canada are going to rise up against this and put an end to these years of Liberal arrogance and dominance in this country," he added.

'They wanted us to act'

But opposition members who had voted to bring down the government felt the electorate would not favour bringing the Tories back.

"I think a lot of people don't like elections at any time — they're like politicians," said New Democrat MP Lorne Nystrom.

"But I think the people of Canada realize that Joe Clark doesn't have the ability or credibility [to govern]."

Liberal MP Herb Gray told CBC News that if his party hadn't voted to bring down the government, its members would have had "a lot of explaining to do" to the electorate.

"They wanted us to act, to stop this government from doing more damage to the Canadian economy," he added.

No second chance to govern

Clark had led the Tories to power in May of 1979, a victory that made him Canada's youngest-ever prime minister.

But after his government fell that December, it would not return to power under his watch. The following year, the Progressive Conservatives would be defeated at the polls in an election that returned the Liberals to power with a majority government.

Clark would stay on as PC leader until 1983, when he resigned as leader and was replaced by Brian Mulroney.

It would be Mulroney's task to lead the Tories to power, which he did in back-to-back election triumphs.