Four Stanley Cups seemed like a good reason to put up a statue of Wayne Gretzky, even if he didn't play for the Edmonton Oilers anymore.

The Great One travelled back to the Northlands Coliseum to mark the occasion on Aug. 27, 1989 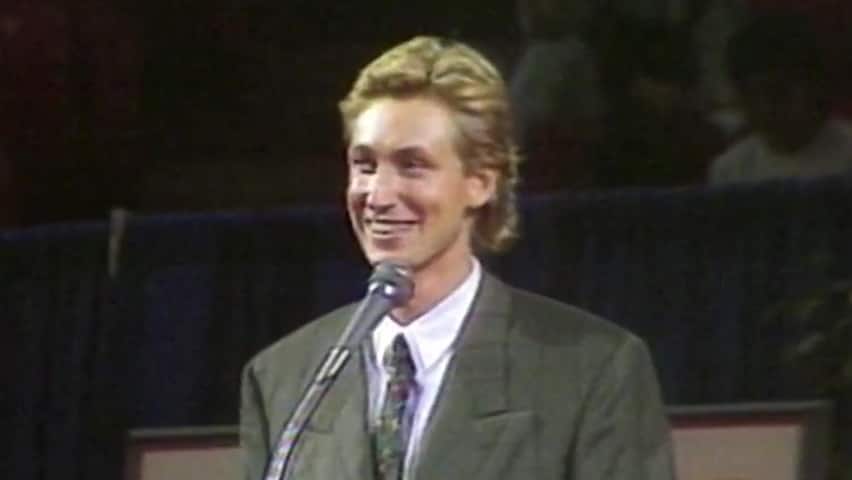 31 years agoVideo
0:41
Wayne Gretzky said it was hard to put into words what it was like to see his statue unveiled. 0:41

The Stanley Cup-wielding statue of a smiling Wayne Gretzky wasn't imposing per se, but the Great One said he'd find it hard to ignore when playing hockey in Edmonton.

"I don't know how I would put into words what it's like to stand here and see yourself," Gretzky said when he saw his statue unveiled at what was the Oilers' home ice, the Northlands Coliseum, in 1989.

"It's going to be hard coming in here to play now — believe me," he added. "Harder."

The ceremony, held on Aug. 27, 1989, had been more than a year in the making. (It had been put together by the city and not the Edmonton Oilers organization, which said its policy was not to provide such honours to players before retirement.)

The drama that had been planned out was evident as Gretzky rode into the Coliseum on a vintage Austin-Healey automobile, as thousands of fans cheered his name and Edmonton police and Mounties in dress uniform walked alongside him.

Edmonton Mayor Terry Cavanagh said the statue was "to remind us of the great moments that he gave us in this Coliseum."

Of course, Gretzky's Edmonton days were behind him at that point, as he'd been traded to the Los Angeles Kings a year earlier.

And since that trade, in fact, he'd helped his new team eliminate the Oilers from playoff contention.

Yet Edmonton fans chose to remember the glory days — the four Stanley Cups among those good times — the day Gretzky's statue was unveiled. 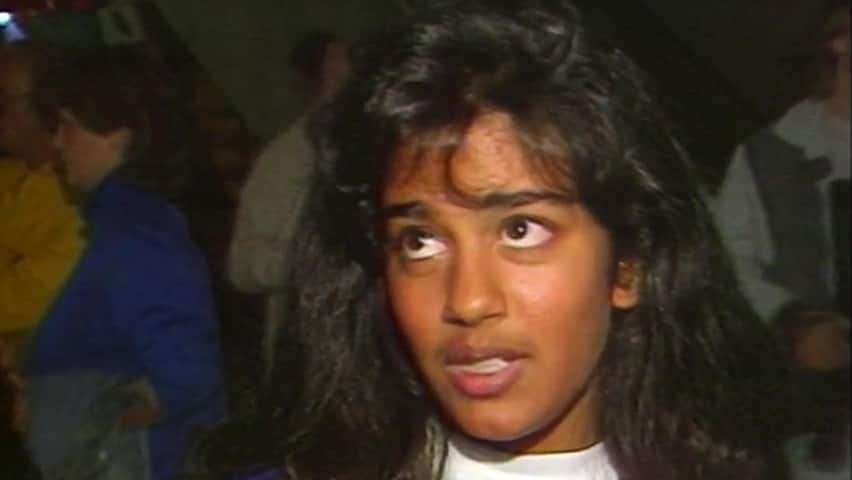 "He's just the best, and I don't know, words can't describe how good he is," said a young man, trying to sum up Gretzky's Edmonton legacy.

A young woman in an Oilers jersey provided some perspective on what it was like for Edmonton fans to look back at those bygone days.

"He was, like, the glue that held the team together," she said. "The magic is gone, but I still like the team."

As the CBC's Saša Petricic put it: "He may have been born in Ontario, he may live in L.A., but Gretzky is still Edmonton's hometown hero."