When Big Bird dropped by the Midday studio in 1985, it was a chance to ask the Sesame Street legend all about his life.

'Every time I walk down the street, people know me ... I wear glasses, they still recognize me' 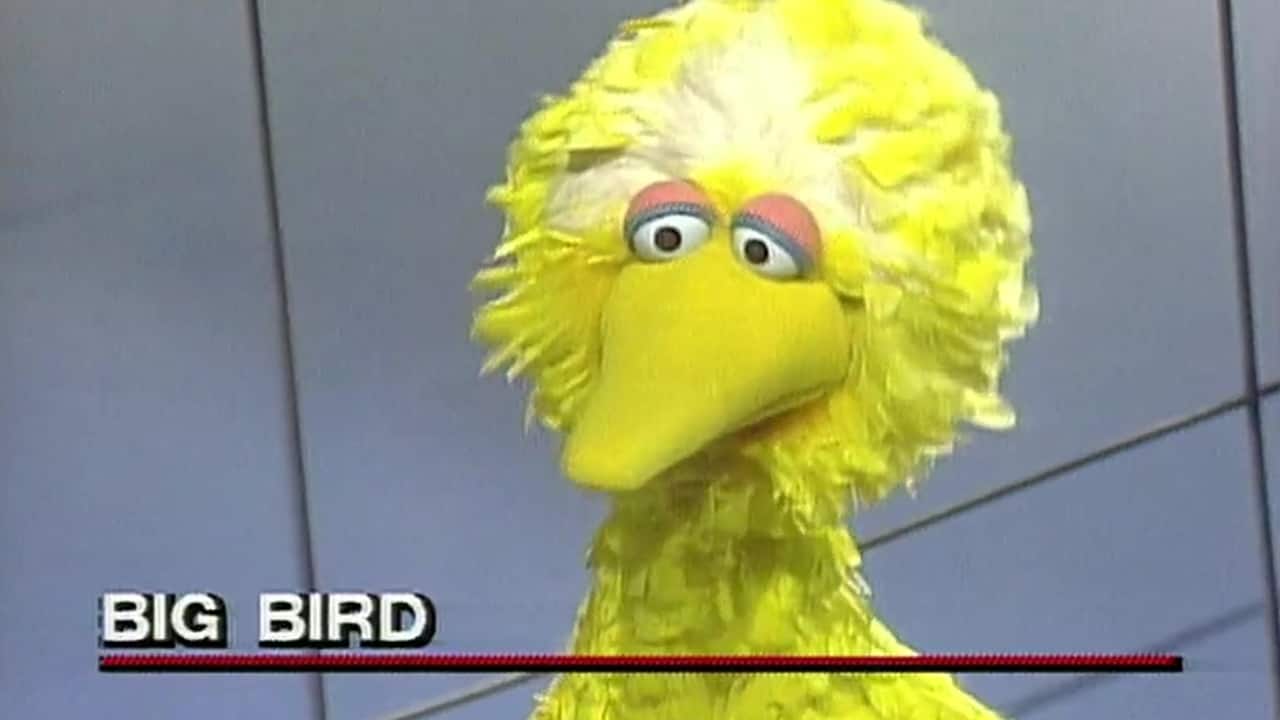 The kids seeing him up close already knew a lot about Big Bird from watching Sesame Street.

But they, and interviewer Bill Cameron, still had many questions for him, when the beloved children's character dropped by CBC's Midday 34 years ago.

Big Bird was in Toronto in July of 1985 to promote his new movie, Follow That Bird — a story about how he had to find his way back home while his friends were out looking for him at the same time.

The first question for the big yellow bird was what it was like to be famous.

"Every time I walk down the street, people know me ... I wear glasses, they still recognize me," said Big Bird, as performed by his longtime puppeteer Caroll Spinney.

The big yellow bird talked a bit about his movie, but he also answered questions about his life on Sesame Street — including what it was like to live there.

"Is it fun? Is it as much fun as it looks like?" Cameron asked.

"Most of the time, yeah, it's really nice. But of course, it rains there, too," said Big Bird. "But it's mostly really just great and I do like my friends."

Yes, he slept in a nest

Big Bird also got a question about how he turned in for the night.

"Do you sleep on a mattress in a big, tall tree?" Cameron inquired, seeming to ask a question on behalf of one of the many children who had visited Midday to see Big Bird in person.

"Well, I tried that once and I fell out," Big Bird explained. "So, I went back to my big, old nest, which I just put on some boxes and it's all sticks and I put some of my extra feathers that fell off and made it pretty comfy."

He also talked about his large stature.

"Everybody calls me big, but I don't mind and they know I'm OK," said Big Bird. "And I guess it isn't bad and if they need anything on the top shelf, I'm the one that can get it."